Reviews & Commentary A Groats-worth of Grotesques From The Skull as a Complete Gentleman Co By G. Edward Patterson III For Your Old School Campaigns

" Being a SYSTEM-AGNOSTIC Role Playing supplemental treatise ON MONSTERS; which is to say a BESTIARY for your Tabletop Games of Fantasy. Styled in the manner of the Baroque Period; a Curiosity Cabinet of Creatures for enlivening the table!" 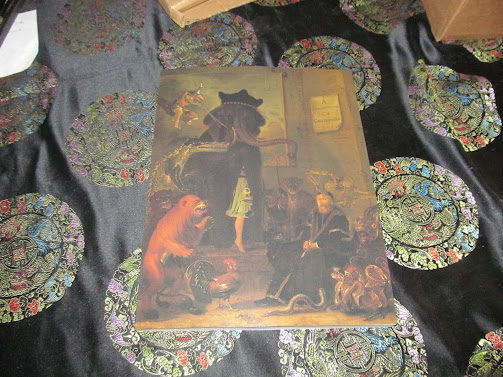 "The over 100 entries were gathered out of sundy authors, philosophers, physicians, and poets; sacred and profane. The illustrations are collages of diverse prints and emblems. From the lowly ant to the earth shattering Behemoth, the mundane dog to the alien Ch M G, this collection is a rollicking gambol through history and myth" 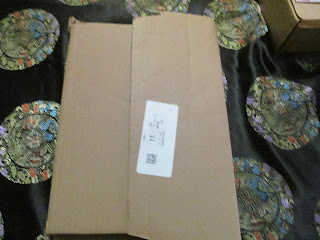 A Groats-worth of Grotesques takes these familar animals & turns them on their ears! We get ants with alien 'in universe' qualities that takes the ant in a completely new direction. There's two hundred and fifty one pages of monsters & creatures. These are done in a complete OSR fashion. This means that the OSR retroclone of your choice can now feature a familiar animal with completely different spin. So you can get the drop on your players with some really nasty or normal creatures.

Ants for example make friends & enemies of other insects. These can be vary dangerous for farmers or other food stuff producers in OSR & D&D style games! This is only the start of this. 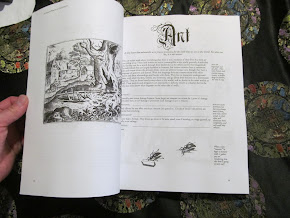 G. Edward Patterson III does an excellent job of taking these monsters in weird & different directions. This means that you can get maxium adventure or encounter utility out of the monster or creature from A Groats-worth of Grotesques.The set up is familiar & yet weird for your OSR adventures.
The idea that another world or campaign setting is actually different from a creature or biological standpoint is going to keep players on their toes. The illustrations while public domain are put to excellent use. The monsters are colourful & engaging. There's a ton of stuff going on in A Groats-worth of Grotesques.
These are all push overs and there's a touch of the alien about many of these familiar creatures of myth & legend. 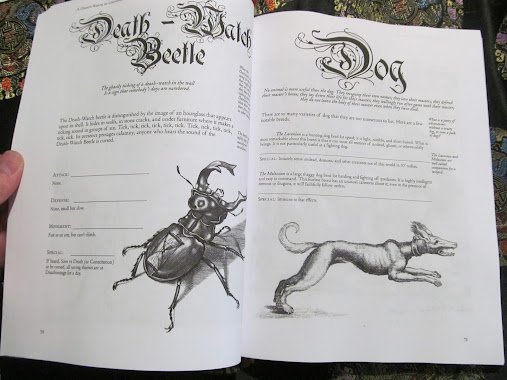 Many of these creatures & monsters looks like they would feel right at home in a wide variety of OSR systems. Some these in my mind include Lamentations of the Flame Princess, Lion & Dragon, & even B/X Dungeons & Dragons. A Groats-worth of Grotesques is also perfect for a mythic or Middle Ages Castles & Crusades game! 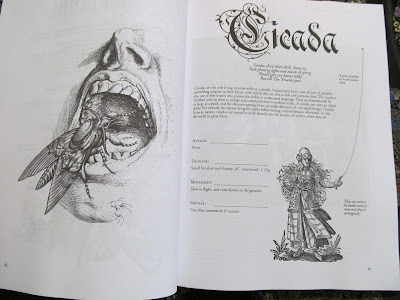 Email ThisBlogThis!Share to TwitterShare to FacebookShare to Pinterest
Labels: A Groats-worth of Grotesques, Any system / system-agnostic, Keep Off The Borderlands, OSR Reviews & Commentary, The Skull as a Complete Gentleman Co