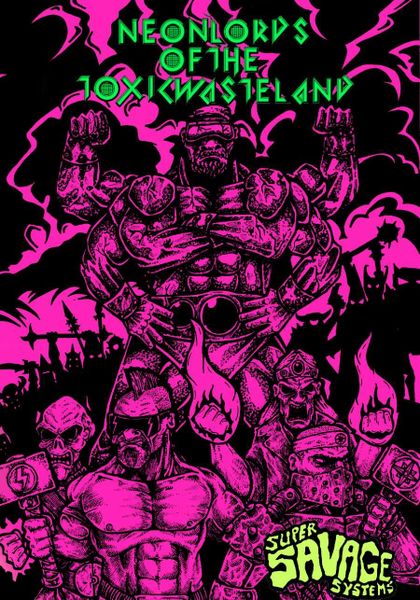 There are face melting facts happening in our Neon Lords of the Toxic Wasteland campaign! We've got a party of players who maybe mounting a counter attack against the forces of Chaos on Carcosa/Cha'alt.  There are 'top men' handling the alien technologies of NeoTraxx to locate our party of adventurers to send Dew fueled maniacs erm warriors to kick alien ass! 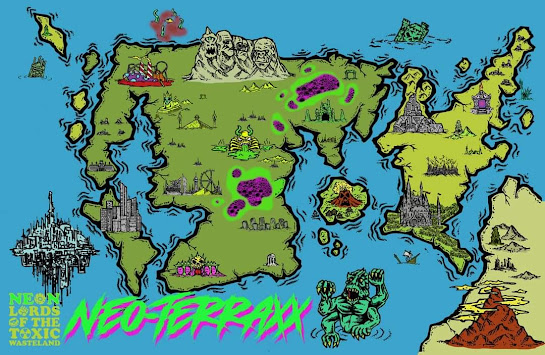 Anyhow we've been going over some of the awesomeness of  Neon Lords of the Toxic Wasteland! We're  planning the next Eighties & Nineties fueled weirdness of the next leg of our campaign coming up!
On the docket is the following: