"25 City-based establishments with over 75 fully-described non-player characters, and scenario suggestions for use with any role-playing system. This book won Flying Buffalo its very first Origins Award in 1982. Maps, portraits, descriptions; everything you need. This book established that you COULD have a GM book that is genuinely for ANY Fantasy Role Playing System, and not just thinly disguised for one particular system. All the descriptions and mechanics are in generic terms so it will fit in with whatever campaign system you are using."
Citybook I Butcher, Baker, Candlestitck Maker for me is a trip down the memory rabbit hole. Even all these decades later I can still smell my Uncle's pipe smoke from across the table top every time the pages open. 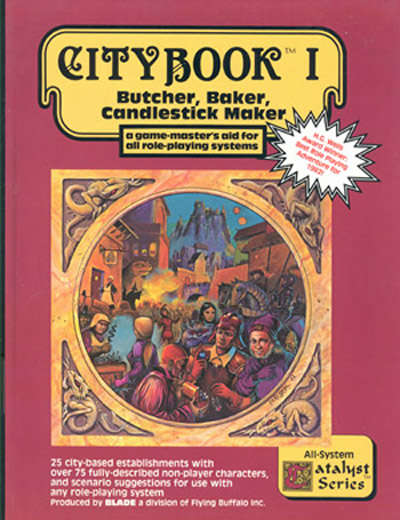 Tonight City Book 1 Butcher, Baker, Candlestick  maker from Flying Buffalo fell into my hands. Its been a few years since this book made its way into my hands. Most of the time, many people think that this is a Dungeons & Dragons campaign  setting book. But what if the City Book Catalyst  series was used as the basis for a science fantasy style game? No not Spelljammer something else. Roll back to the late Seventies & into the early Eighties. Early issues of White Dwarf magazine covered tons of rpg games, and especially the big three or as the White Dwarf wiki entry covers the subject very well;'During the early 1980s the magazine focused mainly in the 'big three' role playing games of the time: AD&D, RuneQuest and Traveller.

In addition to this a generation of writers passed through its offices and onto other RPG projects in the next decade, such as Phil Masters and Marcus L. Rowland. One huge attraction of the magazine was its incorporation of mini-game scenarios, capable of completion in a single night's play, rather than the mega-marathon games typical of the off the shelf campaigns. This would often be in the form of an attractive and interesting single task for either existing or new characters to resolve. These could either be slipped into existing campaign plots, or be used stand-alone, just for a fun evening, and were easily grasped by those familiar with RPG rules."
And this is where I first learnt of the City series but it's possibilities for other games presented itself way back in White Dwarf issue #37 where we get the classic introduction to the  Traveller rpg. Within the article we get an overview of the iconic game of science fiction rpg. 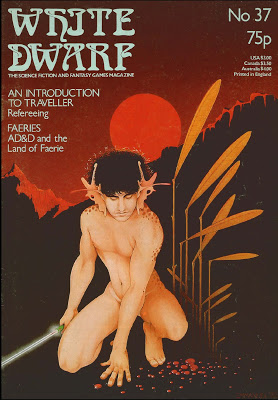 There were tons of potential for crossover with OD&D and its this crossover potential that our groups of players took full advantage of. Often times we would see players bringing in PC's from one game to another. City Book 1 Butcher, Baker, Candlestick  maker from Flying Buffalo 's series world setting became a back water world in our campaigns of Traveller.
Why?! There were two reasons, one was psionics in Traveller & the second was that it was fairly easy to take the OD&D magic system & adapt it as needed. 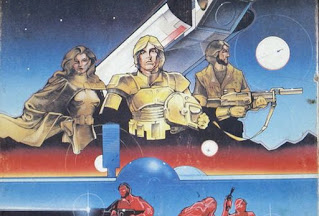 There were several in's with using the 'City' books for the Traveller rpg & the best one was the Spirit Boat from Flying Buffalo's Treasure Vault featuring an all too familiar catlike humanoid alien prince. Fans of Traveller will immediately recognize the alien feline  homage to the all too familiar iconic science fiction game. 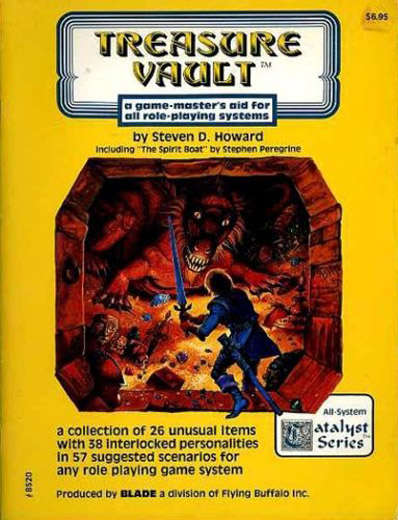 And this is just the tip of the iceberg when it comes to some possibilities of using alien NPC's stuck on some Traveller or Cepheus Engine rpg. There's an over arching plot of destruction & a terrorists cell  that runs through the Citybook series that could have wide reaching ramifications to a campaign. Everything comes to a head in Citybook Sideshow. 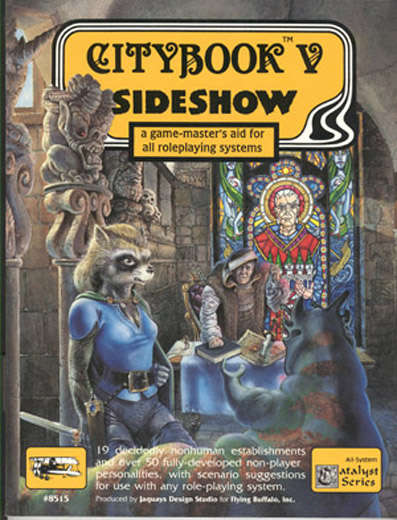 This plot could send in the adventurers to investigate this cell before it grows to become an Imperium problem. We did when one of our party who had trained in the dojo featured in Citybook III: Deadly Nightside was called in when several of the thieves guild were murdered and the guilds were wiped out. The heads of two the thieves guilds were actually agents of the Galactic  Imperium. 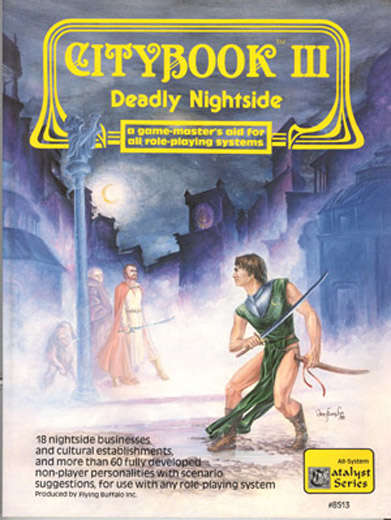 The Citybook series is a classic & works very well to bring together a shared universe but its value in my mind is its application & how it can be used to weave together a complete campaign even for a sector there's lots to offer.

For the Cepheus Engine the Citybook series has a drag & drop group of NPC's,locations, & maps. This could easily be an exotic  backwater in the 'These Stars are ours setting. 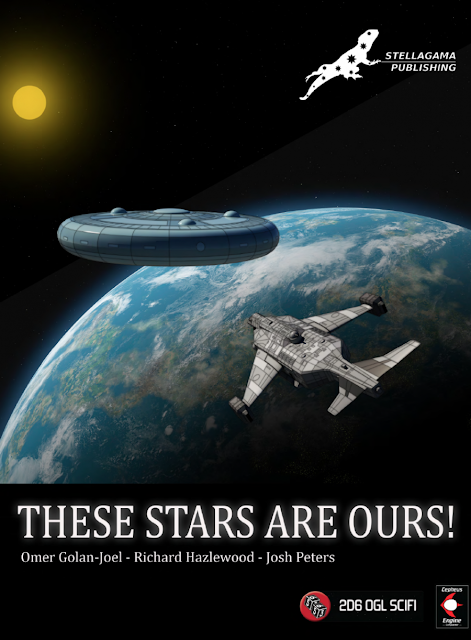 This gives the TSAO setting an almost Serenity like feel to the City book series. The Dark Ages backwater world that has the ear of the local star system. Legends of the Reticulans & the Citybook system could be even ported over ad hoc to the Sword of Cepheus rpg. 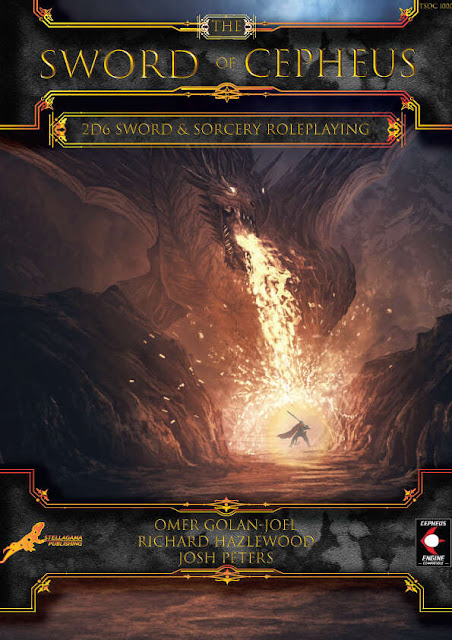