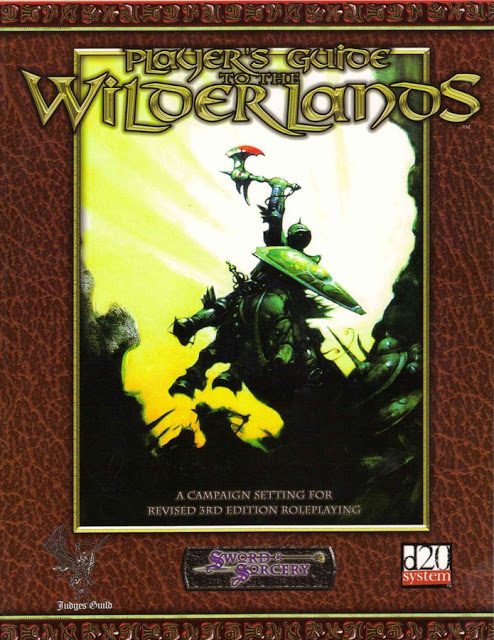 So there's been a lot of developments on the Wilderlands of High Fantasy front. We've been storming through the book & inveribly the witch class popped out at me from the D20 player's guide. The reason for this is the recent release of the Castles & Crusades Kickstarter.
There are several things that I've noticed with both the old D20 & new C&C material. There's a Hell of a lot of hints coming through in the Adventurers Spellbook, that indicates that PC's could be in a lot of trouble especially within the Wilderlands. 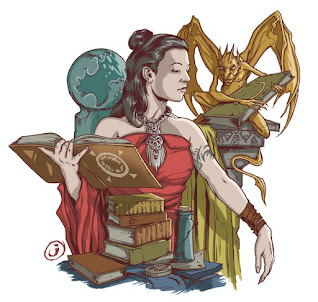 What is he yammering about?! We're talking about witches here, specifically the witches of the demonlands. That's right the demonlands from which the Wilderlands version of the witch of old school role playing emerges. He or she is a nasty customer to deal with & given some of the gods,demons, & monsters of the Wilderlands a group of adventurers could be in for a real fight. Now this is Sword & Sorcery so we're probably talking full on cults & covens. 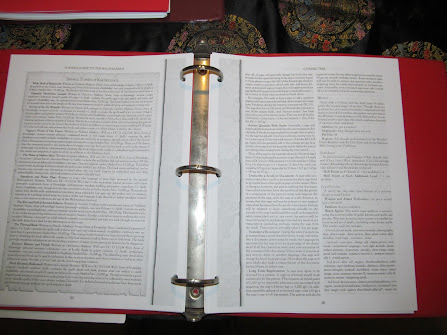 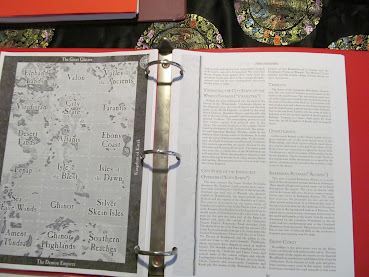 The biggest take away from reading through the D20 Wilderlands of High Fantasy D20 Player's Guide is the fact that man is still going to be one of the most deadly of monsters within the game. This is going to be especially true of a Castles & Crusades rpg engine driven game.
This is especially going to be true if we're using the assumption that the Wilderlands is given to its Appendix N inspirations which comes straight across from the player's guide. 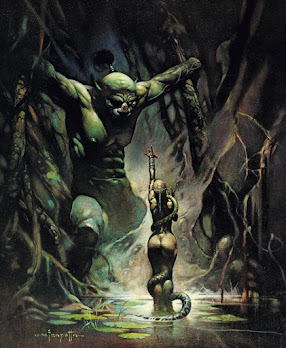 The Swamp Demon by Frank Frazetta  artwork is about where the Wilderlands Witch inspiration comes across for me as a dungeon master.

That being said there's a barbaric tribal element within the Wilderland that makes the unsettled aspect of the setting very refreshing. Compared to many of the campaign settings that I've seen within Pathfinder & many modern game campaigns even those within the OSR. Every tree, hunting path, & campaign elements seem to have to be defined.
And this comes back to the classic Judges Guild adventure 'The House On Hang Men's Hill. Looking deeper into this adventure with some of the understanding that we've got now as dungeon masters several truths become evident.
"This Scenario pits a party of explorers against the secrets of an old and deadly fortress Manor.  House on Hangman's Hill contains room descriptions, monsters, encounters, and treasure for the taking.  Can you clear this house of evil, or will you die trying?"
"What is the Secret of the House on Hangman's Hill? Only the Dead know, and They aren't Talking. This 32-page book contains maps, tables and guidelines for use with AD&D in this Haunted House Adventure. BOO! 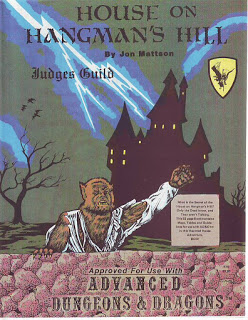 'House on Hangman's Hill' isn't a long adventure & only clocks in at thirty two pages but what really makes it work for me is the fact that its another fortress Manor. This makes it a perfect adventure to add into the wilderness of the Wilderlands. This fortress manor aspect makes this a perfect adventure to use with several other Judges Guild products and even Gary Gygax's B2 Keep on the Borderlands. 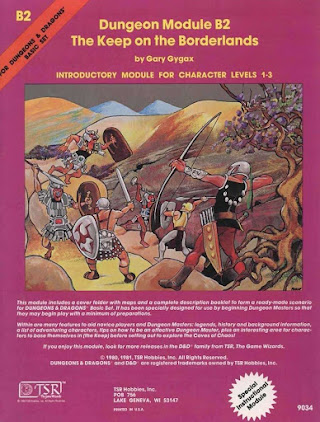 There's a lone Roman fortress aspect that as a DM we love using in my games for the Wilderlands of High Fantasy. The fact that this recalls the Robert E. Howard short story "Beyond the Black River" isn't an accident on our part as DM's. This  just adds another layer of Sword & Sorcery weirdness & Appendix N madness to the mix. 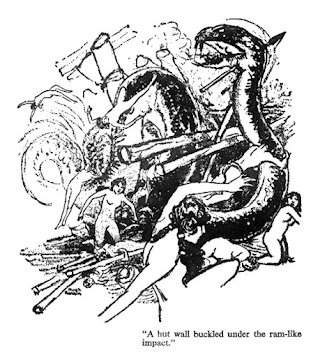 Illustration by Hugh Doak Rankin published in Weird Tales, 1935 for  the Robert E. Howard short story "Beyond the Black River". So what does this have to do with those witches that I mentioned earlier?! Well their operating outta of 'House on Hangman's Hill'  which we'll be running on Halloween as part of our Halloween OSR Shin Dig!
But what's this got to do with Greyhawk?! Well is the witch coven from the Wilderlands or someplace just a planar foot fall away!? 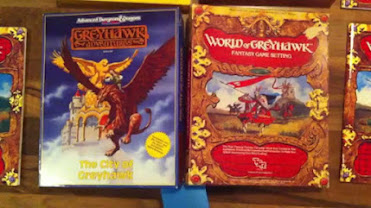