"An ancient evil has overtaken a once holy shrine. Thus, a sleepy mountain hamlet becomes a focal point for mysterious disappearances and even stranger legends of what lurks beneath the village. Vile enemies and strange allies, knowing neither sleep nor age, seek to involve the unwary in a titanic battle of good vs. evil. Do you dare discover the secrets behind the myths, or attempt to exterminate the ancient evil that lies within? Riches, power, glory and death! All are in: Dark Tower." 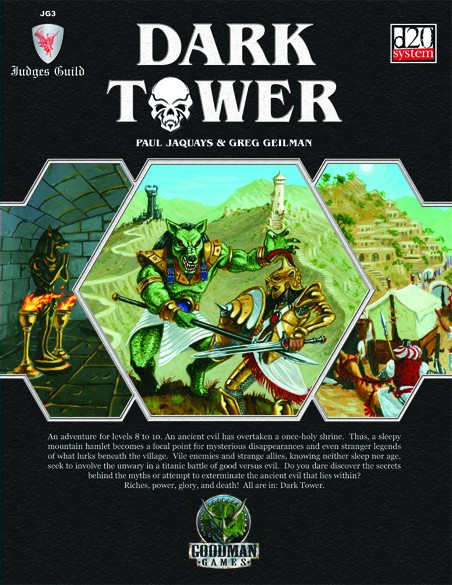 Clocking in sixty four pages this book has quite a bit to offer the Wilderlands of High Fantasy dungeon master who happens to be using Castles & Crusades as his base for his upcoming campaign. Not only is there some killer artwork by William McAusland,such as Sinstar the Sly-wererat and many others.

But it has a complete mini campaign setting built right in that slides into the D20 Wilderlands of High Fantasy setting itself. And the cartography & the maps  is fantasic if I do say so myself. Everything in the Judges Guild Dark Tower D20 book is geared for adventurers to die. But there's more then enough campaign info to slip the Dark Tower into the Egyptian Wilderlands desert backdrop easily. 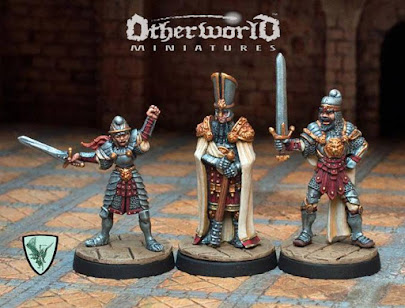 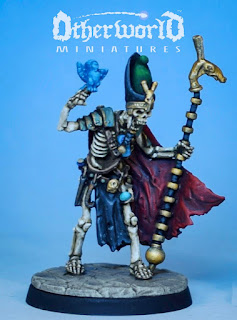 And its this attention to the details of the Wilderlands desert setting that set JG3: Dark Tower apart & straight  into the realm of Sword & Sorcery. This is a high level adventure for PC's levels 8-10 which puts this one on the high side of Castles & Crusades rpg. This is where Codex Egyptium by Brian Young comes in real handy. The PC's are literally messing in the realm of the gods in this module and the DM is going to be dealing with some very nasty business in Dark Tower. You can expect PC causaulities. 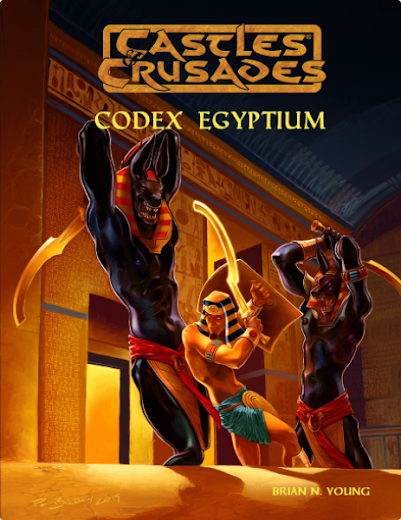 There's just enough background in Dark Tower D20 to really wet the appetites of the players for the up coming weirdness & pitched dungeon battles. While everything with the Dark Tower D20 screams to use me! But with the current kick
starter in full swing the magics of Adventurers Spellbook become more current with perhaps the opportunity for the PC's to learn those magics from the wizards of a desert tribe. 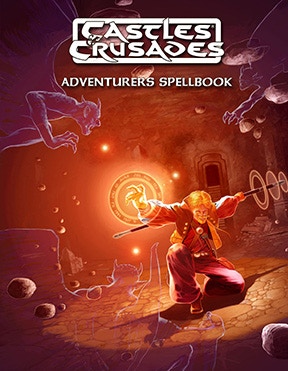 What makes the Dark Tower D20 book nice is the fact that parts of it are open to actual expansion. The materials here are top draw & the DM can & should take the adventures for all that their worth.
Is there room enough to expand the module into more?! Oh yes, the DM can & should take several of the adventure elements to blow them into a complete desert campaign. JG3: Dark Tower D20 might be the tip of the desert ruin, the PC's may have indeed stumbled into a whole cloth cult situation without knowing about it. This adventure could be the ancient remains of dead & dusty empire that once ruled a good chunk of the desert regions of the Wilderlands perhaps. This ancient empire might have controlled vast dark magical & the means to inflict itself on its enemies. Perhaps the mummies of this dark empire have infact reached the other second hald of the Wilderlands. One of my last blog entries I mentioned 'the House on Hang Man's Hill. Now this reminds me of Fight on Issue #3 & of County of Haghill and Environs by James Mishler. 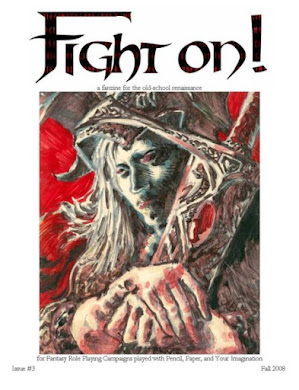 So is JG3: Dark Tower D20 worth getting?! In my mind yes for the simple fact that its a perfect module to use with Castles & Crusade. There's a lot happening in it, the writing adds a fair bit to the Wilderlands & there's plent of potential for an extended campaign.
Posted by Needles at 10:42 PM