The robed bureaucrat looks up from the table and gazes on all of you before proceeding. "Ah, I see you decided to accept this mission. In your search for the bandit leader Cragen you need to be aware of a few things." Pointing to a mountain on the map, he says, "Here is a particularly nasty little cult worshipping some dead god." He pauses, then continues, "Angall is the god’s name, I believe. Also be aware that we have reports that there is a raiding party of amazons. I believe their leader is looking for her mother who disappeared in the area twenty years ago."The bureaucrat rolls up the map and hands it to you, then turns to open an old book. "I don’t know if this is of any relevance, but it appears that there are ancient accounts of a Great Wyrm from the days of the First Men." Slamming the book shut he looks at all of you. “I would be careful in poking around in any caves or dungeons. You have your mission. Find Cragen and the reward is yours. That is all."Do your heroes dare to enter Fortress Badabaskor? Deadly brigands, vicious cultists, and the dusty treasures of the Dragon Kings await those with muscle, wit, and luck. Defeat these challenges to uncover the dark secret of Badabaskor - a secret that will challenge even the most experienced of adventurers… 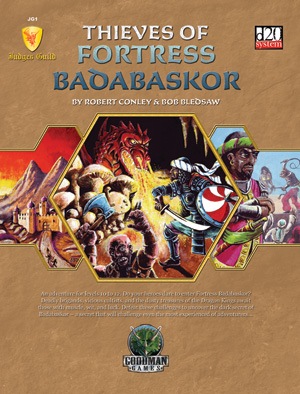 " An adventure in the wilderness stronghold of a band of brigands that includes the background and statistics of an evil local deity, plus history, maps, and keyed room descriptions of a five-level dungeon carved out of the side of a mountain. The first three levels are fairly easy and suitable for breaking in new and inexperienced players; but the lower two are far tougher, and include a cavern that has a series of four dragon dens, indicative of the difficulty of the lower levels."

Stacking in at about sixty six pages the D20 version Judges Guild's 'Thieves of Fortress Badaraskor' came out in '07 & was produced by Goodman Games. Finding  this tonight on the thumb drive of infinite depth was interesting. 'Thieves of Fortress Badaraskor' isn't a particularly valuable adition to the collection because the real print version of it sells for aound 17.00 dollars US. What this adventure does is to reenforce the fact that the Wilderlands of High Fantasy is point blank Sword & Sorcery pulpy adventure. 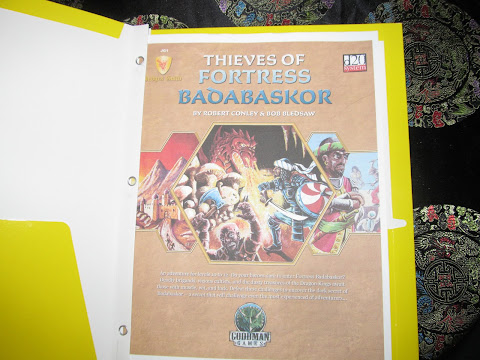 Straight up outta of the gate there is no way that I would run this without using the Castles & Crusades rpg. Yes the dungeon is only five levels but this is a mean dungeon of extreme nastiness & the second thing is that this is a dungeon with an attitude towards the player's PC's. Party's are going to need to extremely lucky & very clever in certain aspects of their play in this dungeon. 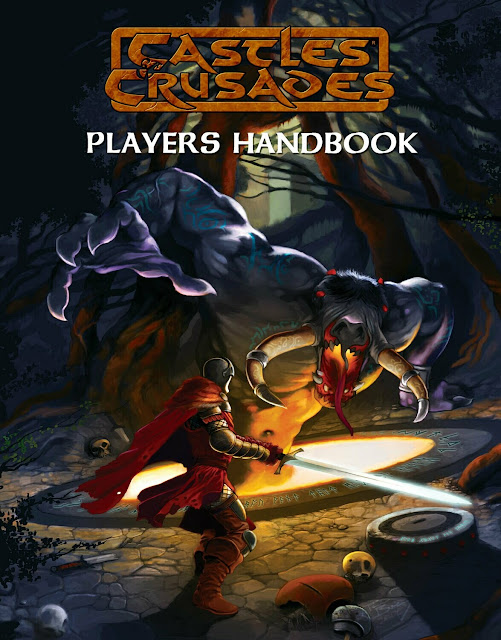 Using 'Thieves of Fortress Badaraskor' with a crossover for Greyhawk means that there has to be several cross over points. This includes adding in certain Greyhawk elements such as possibly additional Greyhawk desert forces, an in with Greyhawk's thieves guilds, & a possible connection or two for Greyhawk relics or artifacts. This can easily be done with several key points in 'Thieves of Fortress Badaraskor' . 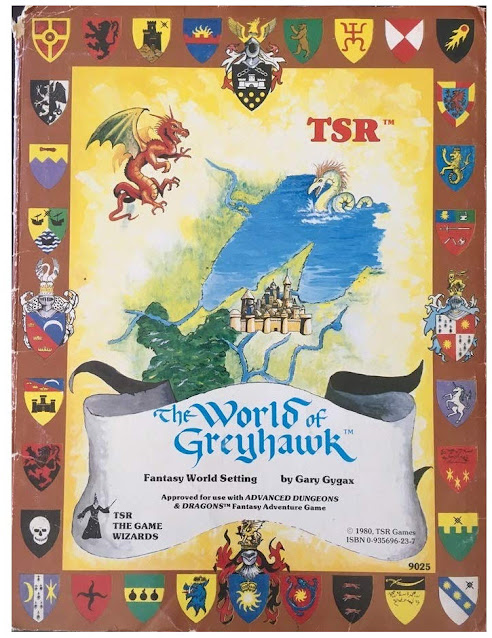 'Thieves of Fortress Badaraskor' is definitely a product of its time & offers quite a bit of charm & wit for the Castles & Crusades dungeon master. Is it worth your time?! Perhaps if your really into running the D20 versions of the Wilderlands of High Fantasy. This is something that I'll be tackling in the near future. 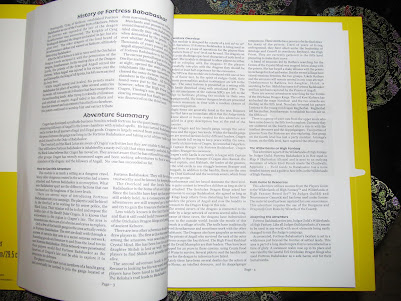 'Thieves of Fortress Badaraskor'  remains a product of the Necromancer Games period of '07. This is a good module if you want to run in the D20 Wilderlands but this is a lethal module. This is a product of its time, with regards to using it with some of the Castles & Crusades resources. There are several options on the table, first of all the desert regions make perfect trade locations with the thieves & bandits having such trade routes as targets. On the whole the Castles & Crusades Monsters & Treasure book is a must. 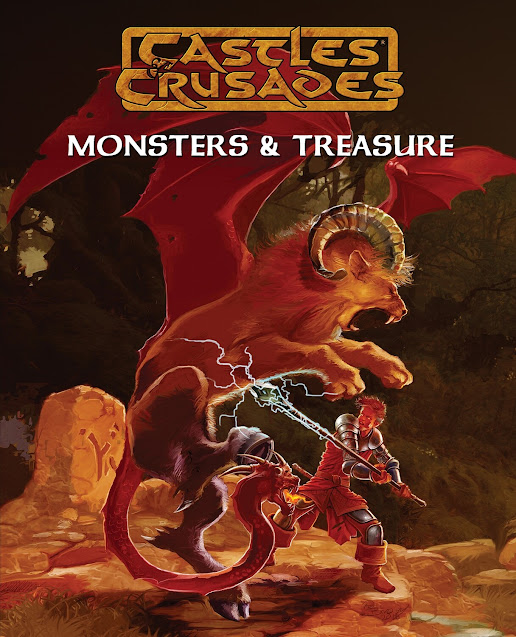