A couple of years ago I needed a first edition Advanced Dungeons & Dragons Samurai character class for a remake of Akira Kurosawa's 1954 Japanese-language film Seven Samurai as an OSRIC one shot adventure. Now I've been a fan of the class since the original NPC class appeared in the pages of  Dragon magazine as a sub-class of the fighter in Dragon #3 (October 1976). Fortunately I was able to not only find that the class had been done for me for zero edition, AD&D 1st edition but second edition as well. It was also done very well and for free. The pdf comes with everything including the samurai's weapons, armor, and equipment.

You Can Grab All of PC Classes of Leonaru
right over here! 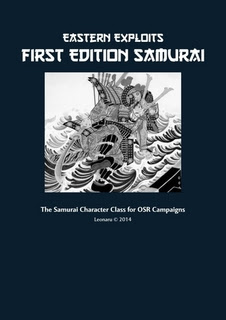 Leonaru also did a reworked Monk class, scout, barbarian, knight
& even alchemist for second edition  & even a duelist class for those Romance era types who want a sword swinger from Old Europe.  The classes are well balanced & can be used creatively to fill in a number of holes in a campaign for even NPC classes where necessary. Finally there's the Samaurai's old friend the ninja in zero edition flavor warning the Ninja class is over powered compared to some of the other styles of classes available & the class is done in a very cinematic style. The pdf of the ninja contains everything from equipment, tools, weapons, tactics, and more. 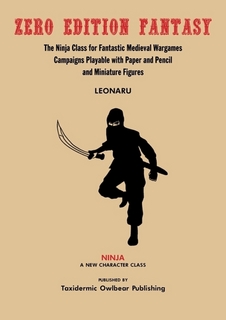 Finally Leonaru did the Full Metal Plate retroclone which has a few twists & turns on the world's most popular fantasy role playing game. You can check it out for free here  or you can buy a copy right over here.
Now these character classes can be added quite easily into the wastelands of your favorite post apocalyptic old school campaign for some extra cheesy weirdness or these classes could be used to represent some twisted version of Old Earth culture. These classes can easily be added into your favorite old school campaign for a twist on the usual PC classes that one finds in the various editions of  Dungeons & Dragons. Many of these classes are perfect for representing memorable NPC's. Anyway you slice it these are another welcome addition in the old school DM's arsenal of tricks to present to players.
He even did a decent Lovecrafian monster book
with some of the usual Lovecraft alien races. 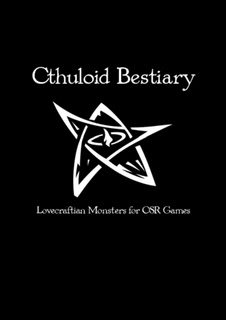