We've got two deep space random salvage tables for your old school space based games, for when you want to inject a bit of that Galactica magic into your games.
Comes in two flavors old school and the new! 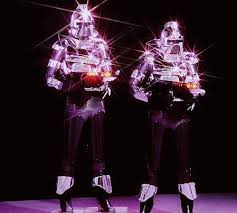 This blog entry isn't meant as a challenge or infringement to the properties of the owners of the trademark or copyright of either of the Battle Star Galactica but a homage and parody of one of my all time favorite series. This entry is for entertainment purposes only.
Posted by Needles at 10:50 AM