Another in a series of  Post Apocalyptic Encounters inspired by Chris Van Deelen's Deathland/Outerlanders blog entries.

The first one is right over HERE

Chris Van Deelen is the author of the Skirmisher Publishing LLC sourcebook Creatures of the Tropical Wastes sourcebook, co-author of its Wisdom from the Wastelands game supplement and contributor to the 'Sword of Kos: Hekaton' Anthology.
In the middle of the wasteland stands a series of four dooms surrounded by gardens of unearthly beauty. An oasis of death however greets any who venture too find out it's secrets. Mutants and human tribes alike say the area is taboo and avoided at all costs. The bones of a great many adventurers lay scattered around the sands of the out reaches of the place. A grim reminder to those venture near it's borders.
Every six days like clock work strange pre apocalyptic vehicles truck in mysterious cargoes to the facility and are greeted by six security bots. They will destroy anything that ventures near the facility's loading docks.  This super scientific facility is one of the most advanced temples to Ancients known. 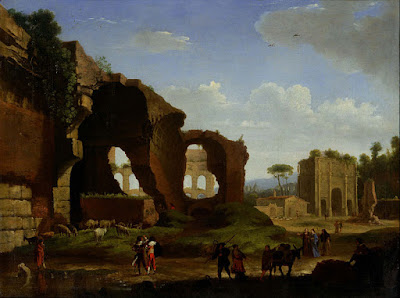 The facility is one of the homes to a breeding and cloning facility for Hybrids. But something has gone terribly wrong here. There are six tribes of Hybrids here but they are of a most primitive state compared to the tales of the Ancients of this race. Several teams of scientist/ecology bots monitor the semi tropical bio sphere that supports the six tribes. Fish, vegetables, plants, animals are all trucked in from another unknown nearby facility which has yet to be found.
The Hybrids live idyllic lives, yet make war among themselves via rites of passage for their youth, intermarry, and die never having ventured out of the domes. Some of the more advanced and intelligent of the Hybrids help to run the facility and do not enjoy intrusion by adventurers in their domain.
There are many levels to the facility as well housing treasures beyond compare. Underground levels include : Cryo Chambers, genetic labs, behavioral and psychological facilities, psionic testing and development labs, and super science equipment.
At the center of the forth domain a strange ruined Roman temple complex. There is a statue of a god like being in the center of the temple it's head smashed and the bronze name plate of the thing defaced and chiseled away.
At the center of the facility are two control chambers that house hermetically sealed chambers of the Ancients. There are twelve skeletons of pure strain humans laying in various positions. Scattered around them are 1d8 advanced science artifacts. Many of the skeletons are dressed in strange white robes and such. There are recessed computer display terminals that seem like something from another age.
Around the facility are several teams of robots that hover near where the tribes play, make war, and live as they deal with life under the domes. Each of these bots is a combination of medical and combat bots. They are armed with heavy stunners and have long range sensor suites. Each of these bots may store six complete snap shots of a chosen Hybrid specimen all the way down to the molecular level.
These are given over to the A.I. who controls the facility.
There are often 1d6 of the more advanced and educated Hybrids moving around in the lower levels of the facility. Keeping tabs on their brethren and helping with the mission of the facility. Every forty months a 'rite of passage' event happens among the tribes. The best and brightest of the Hybrids is selected, frozen, shipped off to another unknown facility.

You can find out more about the Hybrids
Right Over
HERE


Mutations: Bizarre appearance (d), empathy, increased longevity, increased willpower, intellectual affinity (all), mental barrier, mind thrust, neural telepathy, quick mind.
Source: Outlanders by Mark Ellis
The domes and facilities are maintained and serviced by a custodian named 'Shock'. Several minor teams of robots are under the it's guidance. Shock is more then a mere robot or cyborg. The monster is a combination cybernetic/positronic  amalgamated  organism.  He is a force to be feared, an extension of the A.I. consciousness that controls the facility.
The thing is a wicked and amoral monster capable of the most basest betrayal & horrors. It's only real concern is the overall safety and control of the Hybrid race. It's personality is pleasant and jovial on the surface but a hint of the bubbling psychopathic paranoia that runs under its mind comes out from time to time.
Shock has four cybernetic bodies armed with industrial freeze ray, a heavy stunner, and a heavy  laser pistol. It's consciousness may only inhabit one body at a time however. 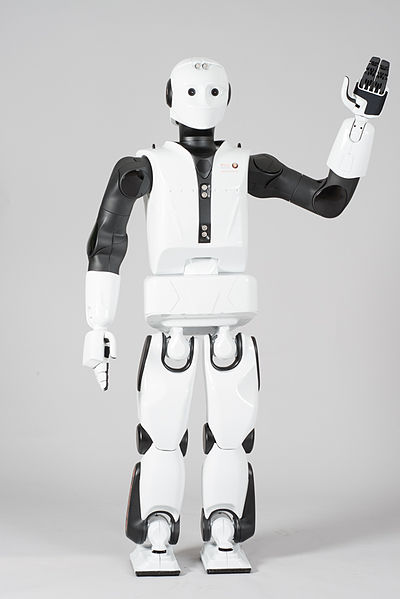 'Shock' likes to keep trophies from various adventurers who have crossed the monster's path. It is rumored that the monster was created from the brain tissue of one of the original scientists of this facility.

This facility and others like it may be used as an encounter in space based games like Xplorers or Stars Without Number as well given the Hybrid's origins. The Outlanders books by Mark Ellis give several possible origin as well as encounter points in the books for just this sort of encounter!