So let's dive right in on this from the beginning, DM Ricky had grabbed my copy of Saving Cha'alt a day or so ago. I had bought the pdf two days ago & had it printed out. DM Steve & Ricky brought another player over Charlie to meet up. And the rest of gang filled in after six or so tonight. I have no idea who but someone started saying we ought to be riding the high Cha'alterral. An obvious take on the 60's classic Western the High Chapperal, why the Hell not run with it!  A quick meeting with my fellow DM's provided me with DM Ricky saying something about using the  Sanz Egra’as adventure from Saving Cha'alt. And I just ran with it, the PC's were whipped up using David Baymiller's OSR library rules for Westerns & Victorian rules.  And sure I could have used Victorious or Amazing Adventures by Troll Lord games for this. But being familiar with Swords & Wizardry it was a matter of timing.
Here's the classes for the players:
Cowboy - Steve is a retired bounty hunter turned cowboy Colonial William Driskel
Detective - Allen is playing a Pinkerton on the move chasing down a bounty
Gambler - Allen's wife susie Jake Diamond gambler looking for the next score
Gunslinger -  Ricky playing the Colorado Kid
Lawman - Rickie's brother Joe is playing Sheriff Sal Winston a man too old for this sh well you get the idea.
Pugilist - Joe's wife Sarah is playing Qin Lee female kung fu fighter looking her brother whose been working on the rail road.
Scout - Charlie is Decoda half American Native scout whose between jobs at the moment
Soldier - Robert is playing Jessie Monroe Buffalo soldier

The Cha'alt time lord Droz kidnaps the entire gang for a very important mission on Cha'alt. That's it that's entire set up for tonight's game session. Zapped picked up & off they go. Droz keeps everyone nice & friendly with a huge plasma blaster in their faces!
There's a few things that DM Ricky pointed out to me right away. The artwork in Saving Cha'alt has improved & so has the cartography of the pdf. The book is essentially the how to run, play, & DM Cha'alt right out of the gate with a series of unconnected adventures that can be run straight of the gate. Because that's exactly what we did tonight. 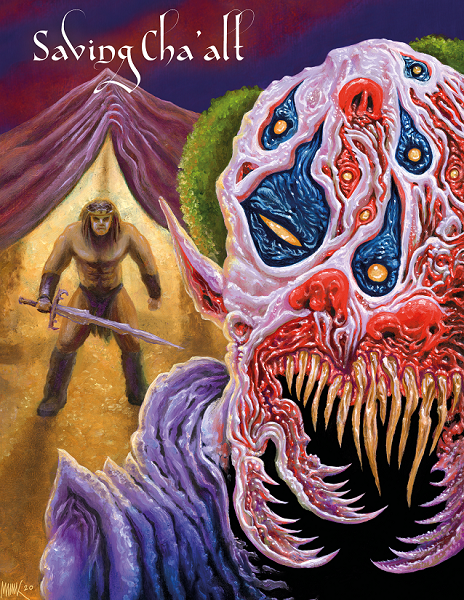 The player's PC's met with Leena with the following set up after Droz brings them to Cha'alt;"“Listen up, crud-munchers. If you’re with B.J. Security, you’re the best of the best. This mission is high-priority, indigo-clearance, so I’m only going to say this once. President Zob is making his way across the galaxy to the Sluurs who are currently at war with the Vaxxilons. President Zob has detailed files of an ultimate weapon implanted in his memory core. All you have to do is safely escort President Zob on Starship-One to the neutral zone. You’ve already been paid via access crystal, so prepare for teleportation in 5, 4, 3, 2…”
Wait a second we're Old West gunfighters & what not we're not equipped to deal with this?! What the f-- did Droz get us into!?! And off Droz went leaving behind some scant jelly babies in his wake. 'Droz you total #$% ' , was the response from the scout. Well president Zob found the PC's totally charming with Steve's cowboy pulling out a banjo & giving the president the most filth laden Western ballard ever. The rest of the party is trying to convince Leena that Droz double crossed her. After two failed rolls she didn't believe one word coming out of the party's lips. 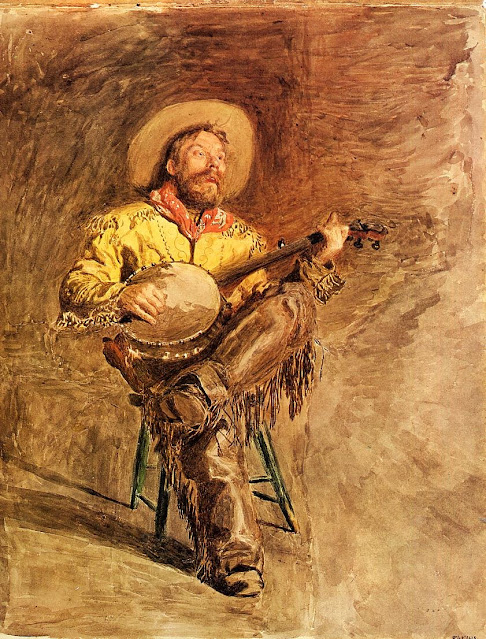 A few words about Saving Cha'alt  & that is that the book is well organized along the same lines of other books in the Cha'alt line. Venger doesn't get diaherra of the pen in  Saving Cha'alt.  The PC's guns didn't work aboard the president's space craft & the party only had two PC's freak out & try to shoot up the ship which didn't work. They met Arthur Fra’ayn is the most relaxed and sociable of the president's party.  After introductions have been made, he’ll ask the PCs to say a little about themselves. While listening, Fra’ayn pours a tumbler of Purple Prizm for everyone. And he nodded & looked amused at the party not understanding a single Wild West reference of which there were many. The lay out is in Saving Cha'alt is solid & the page count at 110 is healthy. And he didn't believe the party that they didn't work for BJ Security! And that's when the main thruster on the president's star ship went out entirely!
And the entire star ship is gonna crash! And that's where we ended for tonight's game of
'Riding on the High Cha'alterral'. We got right into the action but how does  Saving Cha'alt measure up to the rest of the Cha'alt books?! That's a solid question & here's some highlights:
Posted by Needles at 8:10 PM