So recently over a week ago I hopped onto Ebay which is something that over the past couple of years has been an impulse that has been resisted on my part. And you're  about to see why?!
Over the years only Amazon, Troll Lord Games, and several independent rpg sellers have been the only online or mail ordering that have come my way.  Not only would I have been willing to pay extra for two pieces of cardboard or bubble wrap. But it would have been on my too do list if I  had been the ebay seller.
Jason Vey when he sent me Veterans of the Supernatural War rpg just about bubble wrapped the book like a Christmas present to his kids. Believe me I appreciate that packaging folks because you really do get what you pay for. Say what you want to about Venger Satanis but the man packs the crap outta of Cha'alt orders. 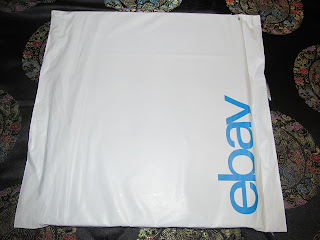 And this is one of my all time pet peeves as anyone who reads this blog knows. This is especially true of wanting to get that one book that you might need for a collection. Two pieces of cardboard or a bit of bubble wrap would have solved any problems. But you get what you pay for. And like so many other gamers out there who have these sorts of stories, I was more then willing to pay for the extra packing material & post office care. 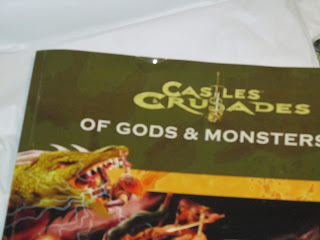 But instead my mailman decided to smash the ever living  crap outta of the envelop. Well we'll chalk it up experience & I'll get on with saving the book. The ebay seller has been contacted but no more Ebay for me at this point. 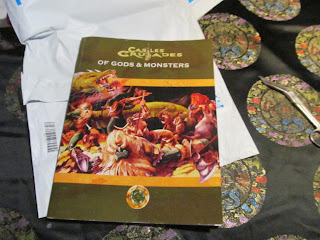 Trust me, in a post Covid world I totally get running a business its beyond not easy. But  time & again though I see this type of thing happen to other gamers. And with a bit of care on both the seller & the buyer's part this doesn't happen. One of the things I love about the OSR is the fact that its gamers selling to other gamers so there's a different perspective there. There's no way that I'm letting this book go.
Posted by Needles at 10:22 AM