Tonight its a night spent  with C.L. Moore's Jirel of Joiry, a French Sword & Sorcery sword mistress of the first caliber. According to the wiki entry on her; "Jirel of Joiry is one of the most notable creations of writer C. L. Moore, who appeared in a series of sword and sorcery stories published first in the pulp horror/fantasy magazine Weird Tales. Jirel is the proud, tough, arrogant and beautiful ruler of her own domain—apparently somewhere in medieval France. Her adventures continually involve her in dangerous brushes with the supernatural."  And its these brushes with the supernatural & the occult that set Jirel of Joiry on a simlar path to Robert E. Howard's Dark Agnes de Chastillon (also known as Agnes de Chastillon, Dark Agnes, Agnes de la Fere and The Sword Woman) who has her adventures in in 16th Century France. 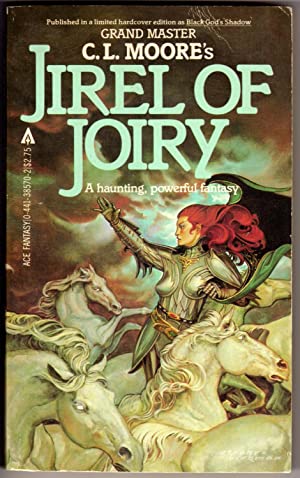 The Robert E. Howard stories have a very similar Sword & Sorcery element but the occult is only present in the last story. Jirel of Joiry drips with he presence of the supernaural. The world is a hostile & dangerous place for a swordswoman whose talen it both natural & trained. Both of these adventuresses possess a fiery temper. And yes I'm purposely avoiding Red Sonja. She has her own blog post coming up. Jirel of Joiry is one of the first ladies of Sword & Sorcery. Because her brushes with the supernatural come at a steep price for her. The ego she has is vast but her attitudes humanize her.
Her adventures are both understandable but her attitudes separate her from the pack of later swords women.  Jirel of Joiry is the master plan of a mercenary adventurer taught her sword craft by a master swordmen. Only to have her teacher murdered in the second half of the stories.

There's something about the Pulp writing of C.L. Moore's that speaks volumes to the Appendix N aspects of both the OSR & the old school Dungeons & Dragons. Both of these Pulp swords women are easily the equivelant of the Lamentations of the Flame Princess rpg adventurers. Both  Jirel of Joiry & Dark Agnes are ladies pushed into the life of adventuress by circumstances beyond their control. Both have brushes with the supernatural 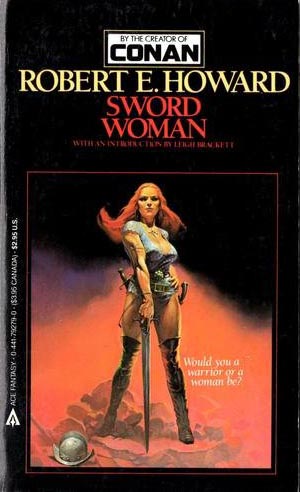 Neither of these ladies is superhuman in any way shape or form but they do fit the heroic Pulp heroine. And they more then a match for thier respective time periods of history. An excellent overview of the red haired sword women of both Robert E. Howard & C.L. Moore can be found at this episode of Pulp Crazy here.
According to the wiki entry on Moore's Jirel stories there's a little nugget of information included;

"Moore's Jirel stories include the following: 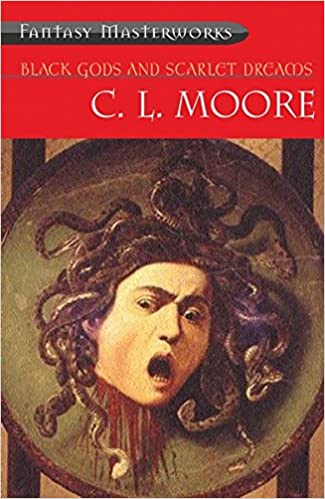