The tablets of the space spiders are found scattered across the plateau of Leng. These seven to eight foot high tablets are scattered across the plateau of Leng on Hyperborea.These tablets allow sorcerers of the nineth circle of darkness to summon a star spider from the depths of the Outer Darkness. The star spider will open a gateway near the summoner & eat the nearest person to it as a sacrifice. 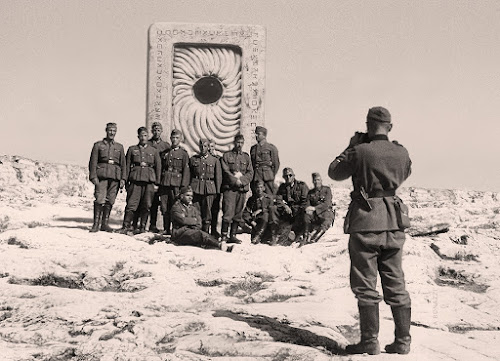 “Wehrmacht soldiers, 1941”.
Unidentified site, picture from the personal archives of Dr. Henry Walton Jones, Jr.
Artwork used without permssion.
The creation of  the artist  Andrea Bonazzi. Go check out his blog its awesome
The Bonazzi key is needed to access communication with the lower dimensional star spider plane. Communicatino consists of a telepathic two way communicatinon with the star spider entities. And only the most basic feelings can be communicated. Anything else & the summoner risks a save vs wands as the black wizard goes insane from the alien thoughts that overwhelm the fool's mind. Those star spiders that do manage to commune with thier summoners. These monsters  often strike bargains around the murder of specific prey. They can follow their victims across time & space hunting them to the ends of the planes. 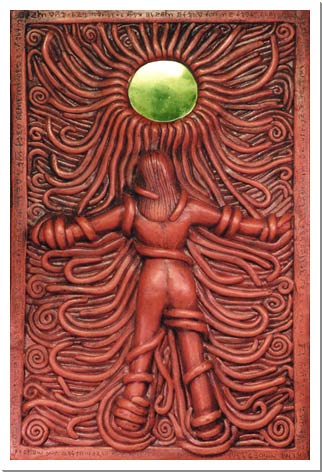 The star spider rituals consist of sacifices of the sumoner's blood, cast a shard of green obsidan while the summoner visualizes the poor victim to be killed. The star spider will open a door in higher dimensional reality allowing it to track the victim no matter where they go. 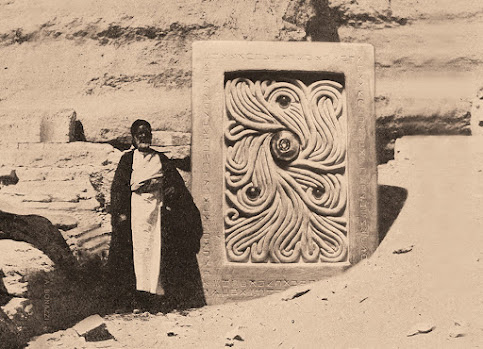 Needless to say that this rite  of summoning is an act of the most choatic & dangerous an act that a black magus can make. There are no guarantees that the star spider will not eat the foolish summoner.
Rite of the Star Spider 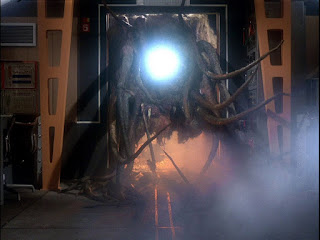 Casting Time:3 hours the caster must chant the songs of Azathoth.
Material Component: A Pint of the Caster's Blood Splashed Across Tablet
Casting Location: Plateau of Leng
Caster must have a clay copy of the Bonazzi tablet granted to them by temple of Azathoth. A piece of green obsidan is to be used in the rite to visualize the monster's victim in summoner's mind.
The alien life form will depart to seek out its victim instantly!
The caster loses 4 points of temporary wisdom & goes catatonic for 1d6 days  from the contact with such an alien mind.
Posted by Needles at 12:06 AM