So anyone who actually knows our group understands that there's a ton of history & water under the bridge when it comes to the local gaming scene. In my home town  the Brass Dragon hobby shop was on the scene in the late 90's. Before this my uncle Jack's place a haven for geeks, nerds, & everyone inbetween. Back in '89 we needed a pick game in the Summer. Half of our group was going off to the YMCA  Summer camp & the other half got left between behind. All ten of us, that's right ten kids of various ages were split. So out came battered set of Worlds of Wonder from Chaosium. We jumped at the chance to do a  mini campaign that Summer &  everyone was mutant crazy. We already had a jumping Marvel Super Heroes rpg campaign  happening.Because everyone went to camp that was shelved.
That campaign has been written about multiple times on this blog. But instead we found ourselves as mutants thrust into the 1920's & confronting the Cthulhu mythos head on! All five us made PC's!  And the twist up because uncle Jack was a historian as well was that this campaign took place in the 1920's.
White Dwarf issue #97 Jan 1988 was a huge deciding factor in our table top rpg time! We got ourselves embroiled in Graeme Davis's 'Trilogy of Terror' - three short scenarios: 'The Book', 'The Seance',  and 'A Capital Offence'. 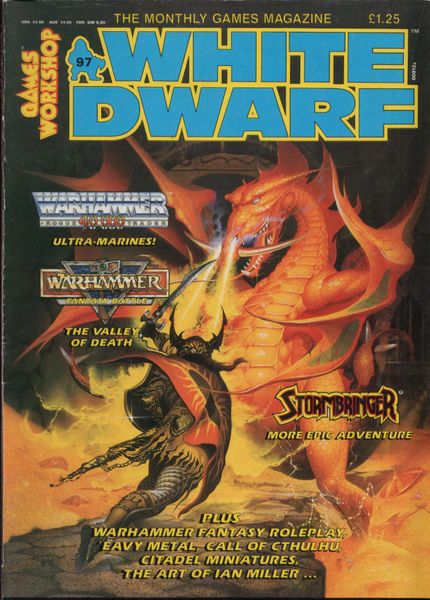 These unrelated  scenarios take place in the 1920's U.K. & my uncle being the bastard DM he was interlinked them. Even with super powers we died  saving a medium from the coils of Nyarlathotep. A hunting horror finished every last one of our heroes off in 70's style. This particular issue of White Dwarf was one of the last before Games Workshop switched over to making the magazine nothing more then a complete house organ. Even though we saved the medium, her family was under a curse from Nyarlathotep. There are several unresolved issues that got left behind.
Flash foward till now & DM Paul is on my behind about wanting to play a mini  game campaign of Amazing Adventures fifth edition by Jason Vey. Why?! Because Levi Combs has his Tomb of the Mummy Bride Kickstarter going?! Oh Hell no! This would be an instant TPK. And the players don't even know the system yet. 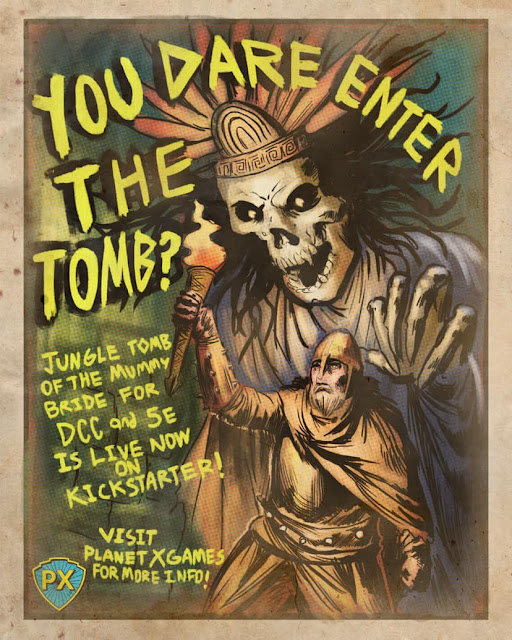 Now in no way, shape, or form are these players going to be ready to confront the infamous Mummy Bride! There's also going to be some restriction straight outta of the gate for this mini campaign coming up:
Posted by Needles at 11:05 AM