So while we've been very busy lately, I've had a chance to catch up on some downtime stuff. Now most folks think somehow that I've, 'abandoned the OSR' or some other such nonsense. Why?! Because well really because we've been expanding & speaking about other game systems & other adventures. Case in point digging through my Call of Cthulhu rpg collection and reworking it for the  Cepheus Engine rpg . And this brings thing around again to the OSR. And in particular Eldritch Tales: Lovecraftian White Box By Raven God Games.
And how to quickly get started on a mini campaign. 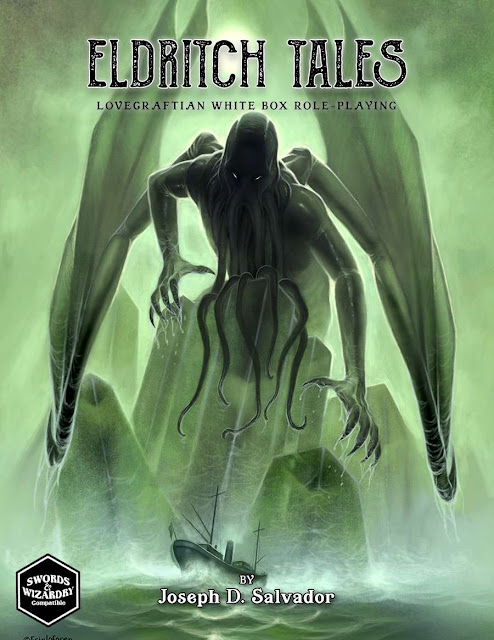 "The first mate drew his blade and formed up what was left of the crew. They steeled their courage and waited for whatever nightmare gave birth to the horrid noises below deck to emerge topside. When the creatures finally ventured into the moonlight, the men’s courage broke. They had never seen such otherworldly monstrosities.

The creatures ripped into their faltering ranks and slaughter reigned.

The PC's catch up with Titus & things kick off from there! They get drawn into the tightening web of Weird Tales inspired danger & weirdness. 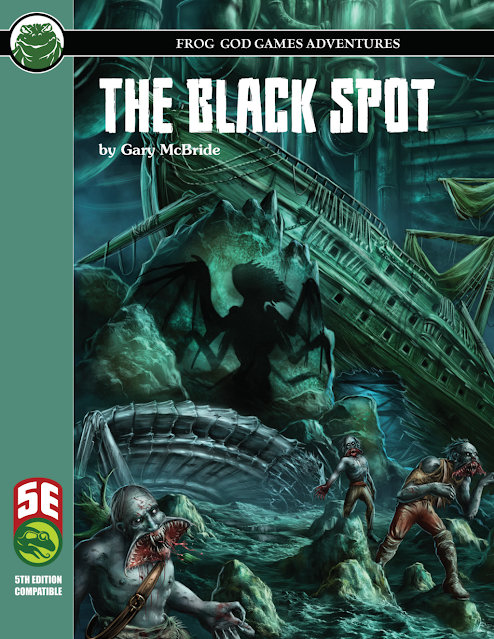 But if you really want to up the Lovecraftian OSR  factor?! Then my suggestion is to tie back into the U1 series of Sinister Secret of Saltmarsh Series by Dave J. Browne with Don Turnbull. Why?! Because it ties the dealings of the Alchemist into the horrors of Gary McBride's adventures horrors. 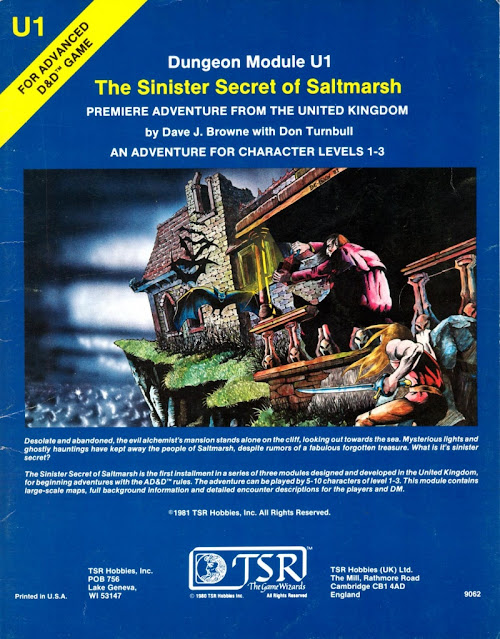 The alchemist isn't a cover but he's been reduced back down to his essential salts by someone or something that rivals him. There's far more going on aboard the 'Sea Ghost' then at first glance. And the Deep Ones have a vested interest in the goings on within that 'haunted house' then at first it seems. These adventures could easily be converted over into the 19th Century & most if not all of the adventures elements can go from here. Cut way back on the magic items ala what's said here & go from there! But we've got more coming up soon.
Posted by Needles at 10:42 AM