So the PC's in this session of the on going hybrid got a chance to do a bit of investigative work around the old inn in Bingham. This session picks right up after the last one . The PC's ran into Christopher St.John & they shot him! They plugged him dead!
Or did they?! 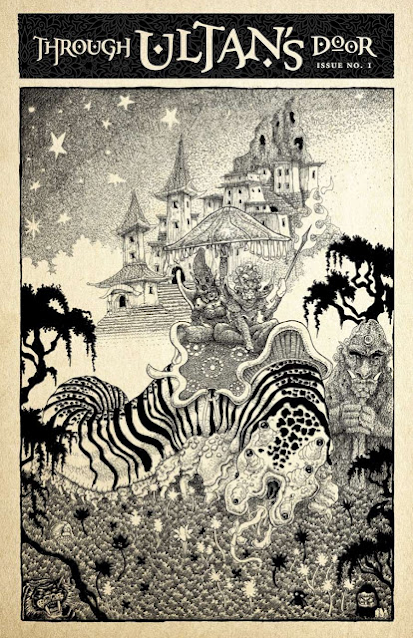 Well not exactly.  They plugged instead one of his doppleganger marionette's made from the dead bodies of his victims. You see Christopher St.John is a puppeteer who got is education within the dungeon outlined in Ben Laurence's Through Ultan's Door series. The players didn't take any chances with the marionette & burnt the remains then their cleric/priest Father Callihoun sprinkled holy water on it & gave it a proper send off.
The party cornered the smuggler a  very young  Amos Bradford aka The Raven more ammo & weaponry of a particular type just as he was leaving town. They almost got themselves shot but he was more then happy to take their money.  The party ran across a lost child near the Morley manor. And the players were expecting to find a murdered family or some such. They didn't. But they did find a very terrified family outside of their house. They had no idea how they had gotten there & were covered in blood. But whose was it?!
And that's when the cat's pride showed up. 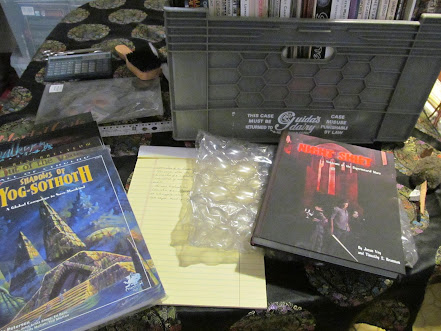 A gang of forty cats on sure footed paws showed up & surrounded the party. The magus of the pride cast a sleep spell to put the family out & the cat general incharge of the pride handed the party a note explaining that they needed to take the Donaldson's away from the house now! There's something really dangerous happening besides the machinations of Christopher St.John! The players didn't make their saves & the meows of the cat magus became very tiring to listen to. 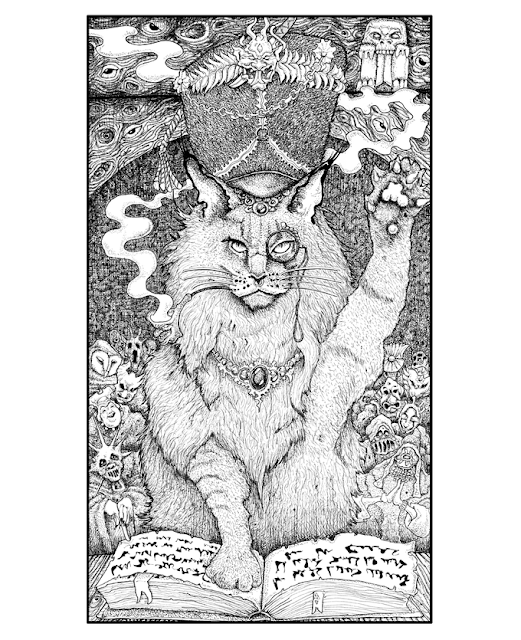 Illustration from  Through Ultan's Door series.
The party got very tired & each one dropped looking at the yellow golden eyes of the cat magus. They awoke in their own beds in the morning each with a battered cat looking at them. They had their equipment, weapons, etc. all with muddy shoes. But no idea how they got there. But who or what did the cats save them from?!
Under the pillow of Father Callihoun was a letter from Edward Dimond, who wants to see the PC's near the Morley manor. Near the broom close in  the inn where the PC's were staying one of the cats showed Lord Reggie a curious sword that was left behind by Kane when he was staying there. Weird green dried fluid is on the blade.
Posted by Needles at 9:59 AM