"In the crumbled ruins of ancient cities, tombs and crypts where dead Kings lie, in the halls of libraries upon tablets of stone and vellum scrolls echo the secrets of worlds gone by. In their ruin lay written clues, faint reminisces of power and glory, unnoticed by men and elves, passed by as curiosities or riddles best forgotten. Runes. Dwarf runes. Runes of power. Runes that captured the language of creation, recast it in symbols and glyphs pregnant with power." 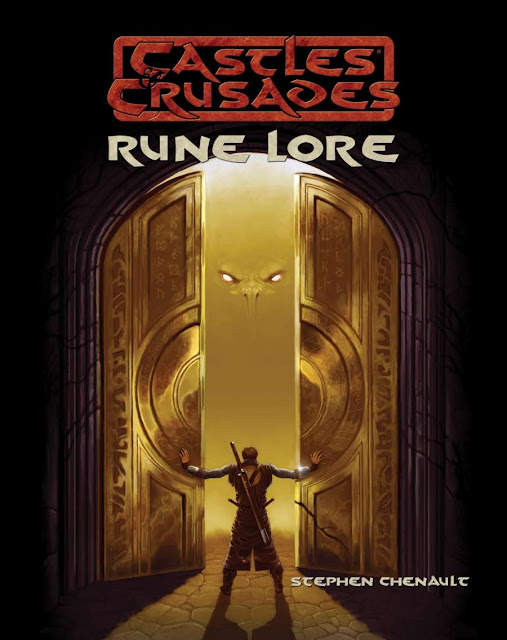 Introducing Rune Lore, an exciting new supplement for the Castles & Crusades Role Playing Game. You ve played the divine; you ve wrestled with the eldritch sorcery of the arcane; now, unravel the mysteries of the runes and a magic like you ve never played before. Rune Lore takes full advantage of the Siege Engine, bringing its power to the table. Runic spells, over 40 in the book, allow the caster to use his or imagination and bend them to their will. Use the rune of fire to light torches, burn fields, set wagons afire; use the rune of fire to bring flames to life or burn foes. Combine runes for greater affect. All this by use of the Siege Engine. The only limit is your imagination.Rune Lore is the perfect symbiosis of the philosophy of Castles & Crusades, its designers, and the world of all our collective imagination.The runemarks, these are the nameless heroes who seek to master these runes, who take power in hand for the sheer glory of its mastery. They are hunters, scholars, voyagers, explorers, travelers; they are those who unravel the mysteries of the world behind and prophecy the one ahead. They are the runemarks."

So over the past couple of months one of the things that I've been angling for is to grab a few of the older Castles & Crusades books especially Runelore. This has been on my to get list. Why?! Because of the fact that it slides into my own version of  Judges Guild's Wilderlands of High Fantasy. The idea that mythologically the gods, dwarves, & others left behind during the Ragnarök. Many artifacts & other piece of god weaponry when it comes to the runes. 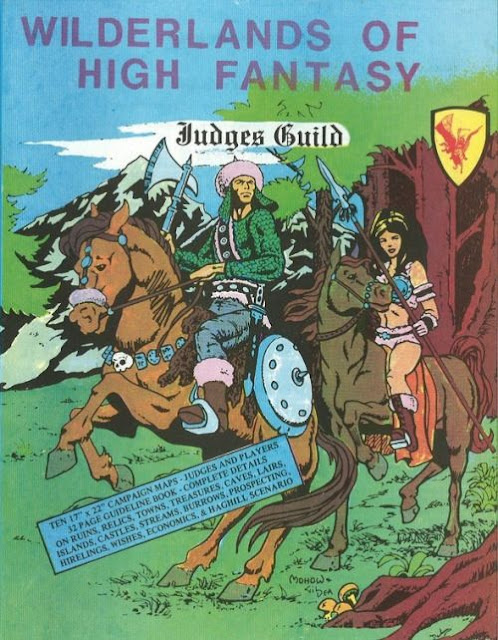 Runelore provides the DM with some of those tools. But with the coming of the Astonishing Swordsmen & Sorcerers of Hyperborea rpg third edition kickstarter. We've decided fall back to either Fantastic Heroes & Witchery or perhaps Castles & Crusades for this Sword & Sorcery campaign. 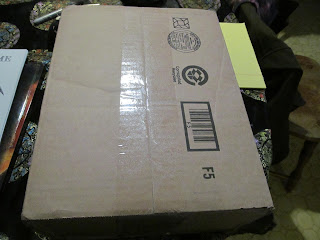 Runelore was a key purchase for me as a dungeon master because of the fact that it provides key information. About a key mythological concept for my version of the Wilderlands of High Fantasy. The science fantasy aspect has been ratched up in this instance.
The Dwarven race plays a key part in both the Wilderlands & my version of Dark Europe which we'll get into much later on. One of the aspects about The Wilderlands of High Fantasy is the sci fi elements that cross over into other Judge's Guild products. Runelore fills in some of the gaps for the occult & dangerous runes that the Dwarves & other elder races left behind. 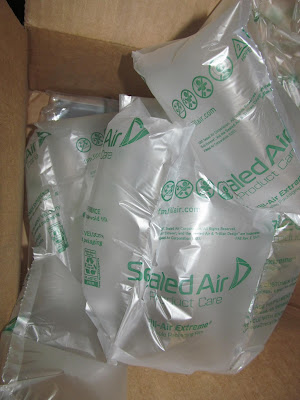 This is something that's been on my mind over the last two weeks or so. Something that's I've talked over with DM Steve & DM Ricky. Could these runes bind up an eternal champion?! Not looking through Runelore.
But it could rightly drive one back. I think that these runes used correctly could keep an agent of Law or Chaos at bay.
And that gets into how they may have been used in the past of our campaign where you have balrogs & their lawful evil counter parts pit fiends being driven back into the darkness. Yes this was something that I think also happened within the realms of the Higherlands. We know that there were literally thousands of Balrogs according to this reference on Tolkein.
But we also know that in the original City State of the Invincible Overlord that out in the wilderness they have been uncovered from time to time. What does any of this have to do with other settings or Runelore?! Quite a bit. 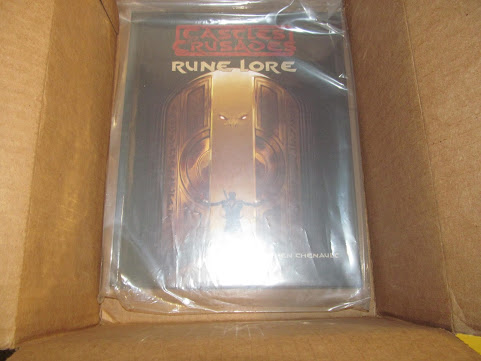 Castles & Crusades Tome of the Unclean has all of the material that we'll be needing for Stats. But think for a second what might happen if a Balrog or its Lawful counterpart reached an Earth such as our own. The loss of life would be horrific. But Balrogs & Lovecraftian god things existing side by side. What hertical nonsense is this!? What if I was to tell you that there were not only Lovecraftian things in Tolkien but that they were there the whole time as explaind here.
Does any of this have to do with Lamentations of the Flame Princess?! Yes it does. Remember Kennith Hite's Qelong?! Well those god things doing battle  are another manifestation of the forces of Law & Chaos. As are the god things of Tolkien. 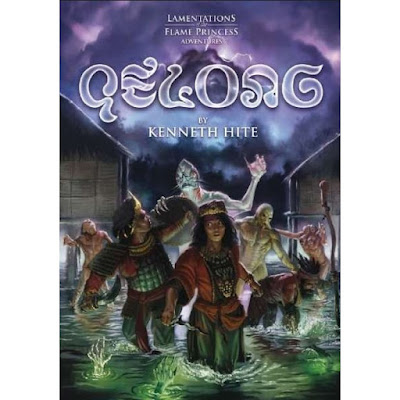 These things have been driven back beyond the darkness between the planes & the thresholds of reality trapped within their own prisons of the Outer Darkness. Does this sound familiar?! Yes Conan fans the Lovecraftian gods that we've seen time & again especially in 2004's Hellboy might be the same entities we see in both Tolkein & Clark Aston Smith. Perhaps different branches of the same family.


Can they be driven back beyond the threshold?! For a bit, a few million years here & there perhaps. In the Wilderlands of High Fantasy?! Who knows?! Perhaps only the Runes can hold them for a time. But the dreams are a very fickle thing. And the dreams of sorcerers are even more dangerous. 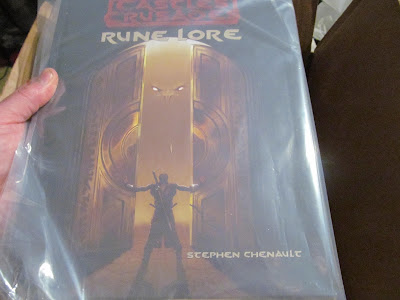 Zothique is a real aligned to the Lovecraftian gods & things a place of demons, semi fiends, and worse still. That place plays its part coming up. And they must feed & feed they do on the monster ecology of Fairy & Elves. For chaos begets chaos indeed.