So there's been a huge amount back & forth on social media about Emperor's Choice Games putting Arduin rpg titles back up on Drivethrurpg  As for myself some combing through Amazon's seller's listings got me three original books for a reasonable price. 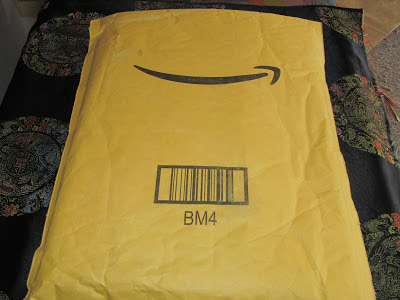 This is very important for two reasons besides the obvious. Which is that Arduin has some very deep roots in causing all kinds of havoc for my player's PC's over the years. And the fact that Dave Hargrave continues to cast a long shadow over my gaming. 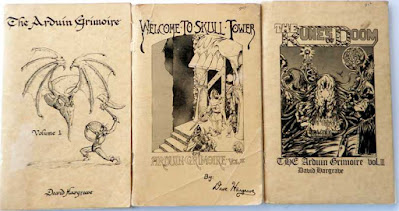 The 'Soul Claw' deodanth clan has had a blood feud in my campaigns with various PC groups connected with any number of patrons. The most recent has been the 'clean up crew' of my Cha'alt/Godbound  games. The OSR version of the Deodanth's that we've used going back ages is from the Underworld cleaning service blog here. 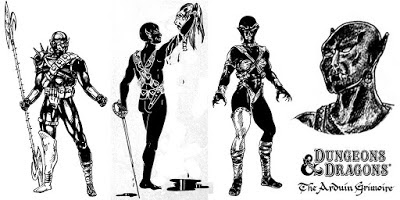 Deodaths are chaos incarnate in all of its most bloodiest form. They may or may not have been created to murder gods but that's the use we've put them too for ages now. On Arduin they are simply another race of travelers whose blundered into the Nexus gates. Part & parcel of Dave Hargrave's genius was his ability to sift through the grains of his imagination to create reams of old school goodness that you could add or subtract. Mr. Hargrave's eidos was to at least give these pearls of his a try & he was good at what he did. My crew & myself don't have a tenth of  his talent. He was taken far too early from us.
But now the deodanths are back on the radar for our campaigns & they are out for blood!
Posted by Needles at 1:37 PM