The Thing from Another World 1951 Monster Adapted for Cepheus Atom, Barbaric, & Sword of Cepheus 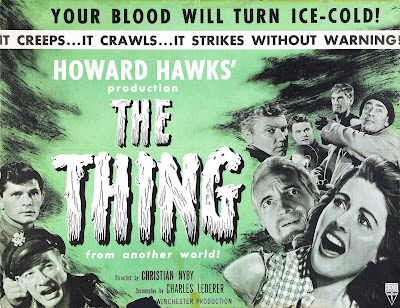 Were thier saucers that came to Earth deliberately crashed?! Even into the later period after the Fall of Man the question still remains. These living beings that feed off the plasma of animal & mankind are still poorly understood even though they've been encountered for uncounted ages. These alien plant like beings reproduce by seed in a matter of hours feeding on the cell tissues of living beings. Animal & human blood provides all of the nourishment that the alien warriors & colonists need. 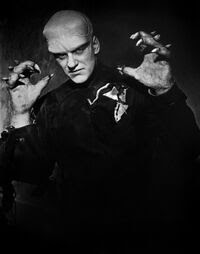 A fully formed warrior grows in a matter of hours from the spores released upon its forearms. It is a powerful creature capable of tearing a man limb from limb to feed its alien spore farm of death. Communication between humanity & these aliens has proven impossible resulting only in violence.
The thing is far closer to a plant then an animal life form. They have incredibly thick hide capable of deflecting small caliber bullets, an immune to fire, and the capcity to regenerate as a troll.

The things as a species are technologically advanced sophisticated flying colony saucers carrying millions of the spores they need to grow an army of planetary conquest. These monsters attack with claws & massive strength causing as much damage as they can. The body of the victim will be strung up and the blood drained from the corpse to feed the next crop of seeds. Their mode of operation is the same with each saucer landing with a monitor soldier warrior on board responsible for releasing the saucer's deadly cargo of spores into the countryside. The warrior will slaughter as many victims as it can feeding the first crop of warriors. The cycle will repeat as the conquest begins. Upon conquest of a small several thousand mile area the things will set up a pscionic beacon to call across the void to their fellow horrors. There have been cases where the 'things use highly advanced laser pistols built from improvised local materials Lasgun 500/1000 5D requires power cell; one power cell powers 20 shots. The speculation is that the things are programmed with a type of plant like racial RNA that has a wide variety of advanced technologial artifacts programmed in to add them in their tasks of world domination. 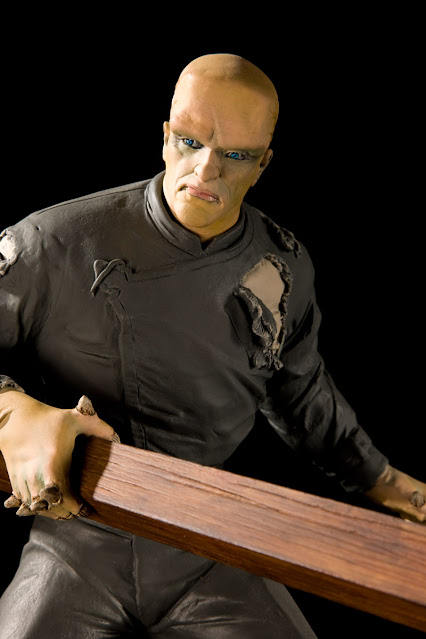 The Thing From Another World model from this awesome site.

The things saucers have landed in the post apocalytic wastelands & led to the slaughter of thousands of mutants & barbarian hordes before adventurers & armies stopped them. They have also been seen & encountered in the backwaters of space. There is still so much not known about them & yet this alien menace continues to terrorize many innocents across space & time. The alien monster from The Thing from Another World 1951 makes an excellent one shot monster menance for Barbaric! , Cepheus Atom, & Sword of Cepheus