"Out of the South it was that the White Ship used to come when the moon was full and high in the heavens. Out of the South it would glide very smoothly and silently over the sea. And whether the sea was rough or calm, and whether the wind was friendly or adverse, it would always glide smoothly and silently, its sails distant and its long strange tiers of oars moving rhythmically. One night I espied upon the deck a man, bearded and robed, and he seemed to beckon me to embark for far unknown shores. Many times afterward I saw him under the full moon, and never did he beckon me."
The White Ship  (1919) by H. P. Lovecraft

Last night in DM Steve's Astonishing Swordsmen & Sorcerers of Hyperborea, the tables were turned on me. Instead of DMing as is usually the case this time we generated PC's. It  was time for me to jump behind the other side of the screen. We were doing second level PC's for a one shot Con game that DM Steve had cooked up. 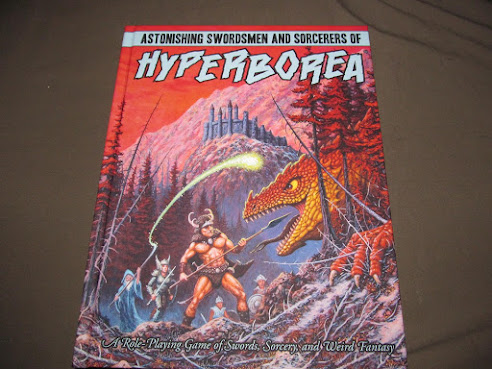 "My name is Zar Artha Con (Hyperborean warlock 2nd level )  & it is only recently that I have awakened from my slumber. From beneath where  must not be recalled. Alone & with armor as well as weapons at my side my feet find myself on this shore. I'm a young man from a very ancient peoples. The spirits are mine to call but my father's people trained me in the martial ways. There are several man ape villages around here but the sand runs with the waves. There are man ape fishermen around here they look at me queerly & now I hear the ship's bell in the distance. Why are the men scattering?! Oh the White Ship has come for me again & it is time to join the others."

DM Steve is once again using HP Lovecraft's The White Ship that was written up back in 2011 on the Retro blog. We boarded the White Ship & it pulled away from the shore with uncanny speed floating along a cloud of mist. Zar Artha Con stowed his gear below but not his weapons as the blind captain indicated. The bottom ocean dropped out from below the ship & we were sailing on a sea of stars for about four days game time nothing happened. The small god to whom I had a pact with spoke to my PC in dreams. My PC had not introduced himself to the party but the PC's introduced themselves to him.

Ram is playing a Keltic Calpthract named Sir Kay whose out to see the world & he's very bright, talktive, outgoing, etc.
We're all 2nd level & things are getting dicey. The waves of nothingness were choppy & the sent of rotting meat stained the air of the ship. The fifth day however things got very dangerous indeed! A tentacled  horror attacked the ship  & the ship's crew had a devil of a time! 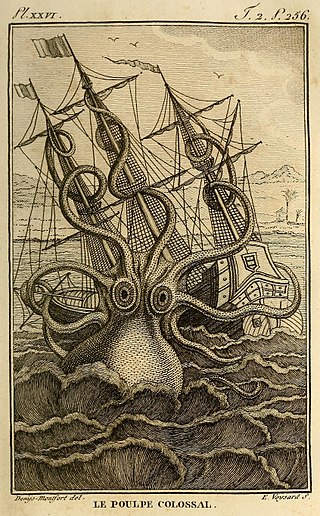 So it was battle & boarding axes to repel this Lovecraftian thing! There were no twenties rolled folks & combat bogged down as we were fighting this horror much to the delight of DM Steve. We had to end here because all of us had to work in the morning. But it went well for a spur of the moment game of AS&SH..
More To Come Next Week
Posted by Needles at 6:58 AM