" Feared by enemies and friends alike, Elric of Melnibone walks a lonely path among the worlds of the multiverse. The destroyer of his own cruel and ancient race, as well as its final ruler, Elric is the bearer of a destiny as dark and cursed as the vampiric sword he carries - the sentient black blade known as Stormbringer." 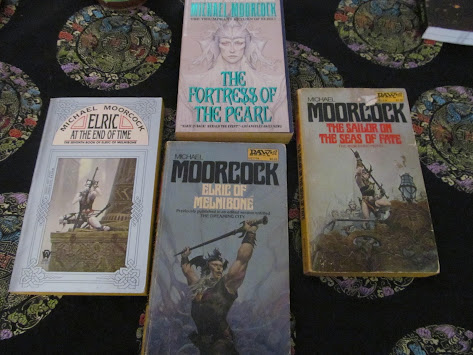 There's something about an Elric novel by Michael Moorcock that just draws you in & keeps you going deeper into the novels. So over the last couple of months the Stormbringer rpg has really deviled me in the sense that its drawn me back into the world of Elric & the Young Kingdoms. And its this time around with the tales that several things occur to me. Elric is not a 'good guy' or the hero but instead he's the anti hero. The tales above prove this again & again. But what draws me back again is the idea that Elric's destiny is bound to the ending of his world's cycle. And there's more then one reason but the one reason that sticks out is
"Stay well away from that sword," Smiorgan warned. "It has the habit of killing more than its master chooses." ~ The Sailor on the Seas of Fate 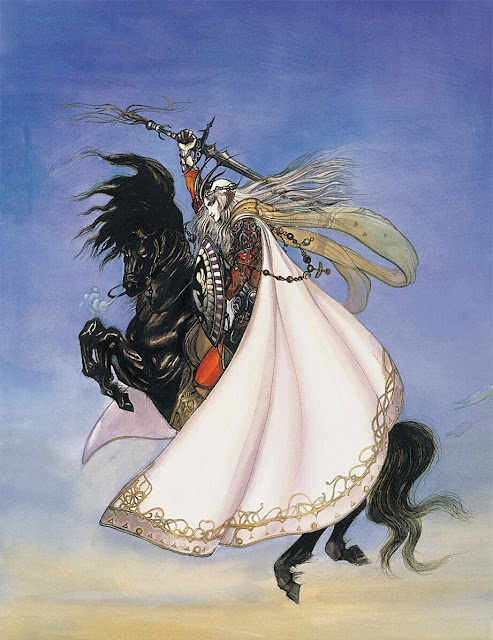 Personlly there's a hatred that harbors within me for Stormbringer. Because when your a young man you think how cool is the rune sword & its powers.  But the older you get the cruelty of the entity within the sword becomes apparent. It takes away everything that means anything to Elric from his cousin to his own wife to the people whom he loves & that love him. Strombringer is Chaotic evil incarnate doing the job it was designed to do with an malice intelligence & soul blacker then Hell.

Elric's fate & destiny are eternally determined by the sword & it leads him into conflict across the multiverse because of its orgin which ties directly into the very fabric of the Young Kingdoms acording to the Michael Moorcock's multiverse wiki entry on Stormbringer;"the Mernii, arrived on Elric's World, the Nihrain were a prosperous society who served the Cosmic Balance. To combat the Dead Gods and other powers of Law and Chaos that threatened to tip the scales of the Balance, the Nihrain forged the pieces of the Dragon Sword into the twin Black Swords, Stormbringer and Mournblade, and perhaps their many brothers as well. Out of fear for the blades' power to slay them, the Dead Gods killed themselves (removed their physical forms and joined Eternity). But while both blades had the power to absorb vitality as did all Black Swords, Stormbringer was different from the others, because a mysterious power entered the blade at the time it was forged.
Various books refer to this malicious entity as a demon, the anti-balance, and Sword. It is a treacherous being, chaotic evil to the core, that hungers for blood and souls and wishes to defy and destroy humanity and the Cosmic Balance. As a consequence of its influence, Stormbringer caused every Nihrain who handled it to become mass murderers. A court was assembled in the Nihrainian stables to put Stormbringer and its handlers on trial. But Stormbringer caused the judges to go mad and sentence both court and defendants to a terrible death. In the end, only ten Nihrain remained, including Sepiriz".

Stormbringer is uniquely tied into Elric's destiny as the Eternal Champion we see this again & again throughout the ages of Elric's appearances. And its Elric's appearances where & when the Eternal Champion is needed that indicate that he's at the beckon & call of balance as much as the lords of Chaos. But once again reading over the various Elric novels has me wondering if there are more then one shade of Elric?! Even as Elric's Young Kingdoms end are there still other echoes of Elric walking through the multiverse doomed to slowly fade from the multiverse? 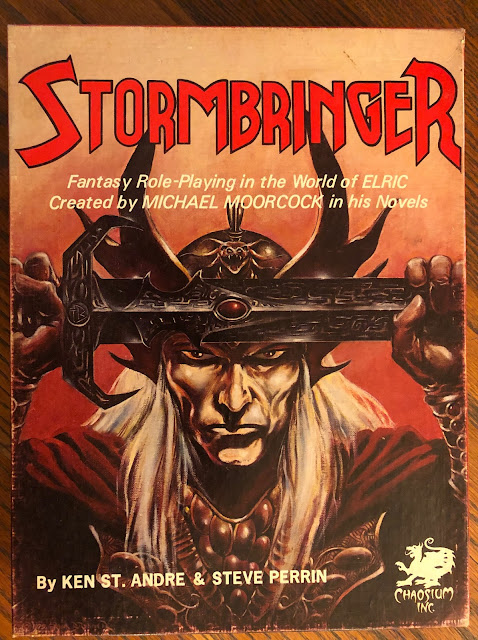 The question becomes is Elric as NPC  the victim or the villain of his own destiny as an aspect of the Eternal Champion?! As an NPC we encountered Elric only twice in the entire eight years of playing the  Stormbringer rpg. But everytime was both chilling & unnerving, because we had no idea if he was going to slay any of our party?  Elric of Melniboné, is known as The Albino Emperor, Elric Womanslayer, Elric Kinslayer, the Pale Prince of Ruins, The White Wolf, & these titles are not given lightly. We as players encountered Elric as a young mercenary just starting out & as a seasoned warrior on his way across the moonbeam paths due to a time slip.But it was the  runesword Stormbringer that really gave us pause. Because the sword could at anytime simply act out of sheer malice & murder any of our PC's. Anytime we saw Elric or his companions we literally left town in a hurry. In the Stormbringer rpg campaign that we played in it most often was someplace out in the multiverse & not near any of the Young Kingdoms except far out of the purview of Elric or the Pan Tangian empire. That became more problematic as time went on.

Rereading Sailor on the Seas of Fate, Elric as a character is still compelling but being even remotely near him as an  NPC in real life would be absolutely terrifying. And its this aspect of inhumanity & evil that radiates to me as a get older. There are strong feelings of piety for this character but in the end he is a doomed aspect of the Eternal Champion. 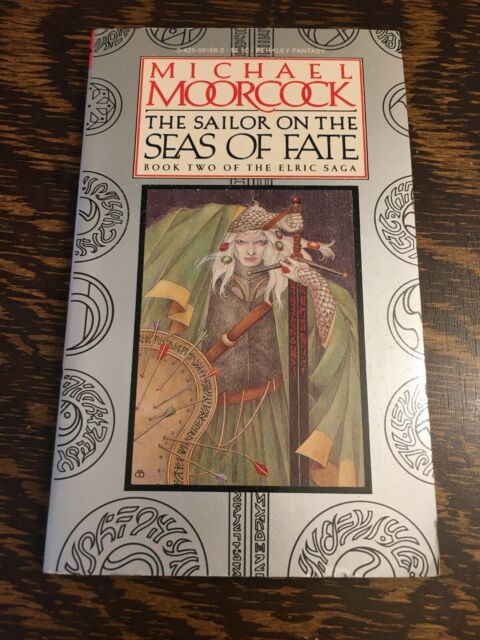 If we were to do a Stormbringer rpg campaign or one shot there are so many aspects of the Young Kingdoms to choose form.  Or even to start a campaign away from the purview of the Elric characters & work toward dealing with the revelations of the books. As dungeon master the Elric books offer a window into a very dangerous & often insane world in the Young Kingdoms. This is a world of mysism, sorcery, violence on a primitive scale, and dark malice. In other words this is a perfect world to set a campaign within.