The Orion III space plane has a distinuished history streching back centuries. Today we take a look into the role that this iconic space plane takes within my  Hostile rpg campaign  universe. 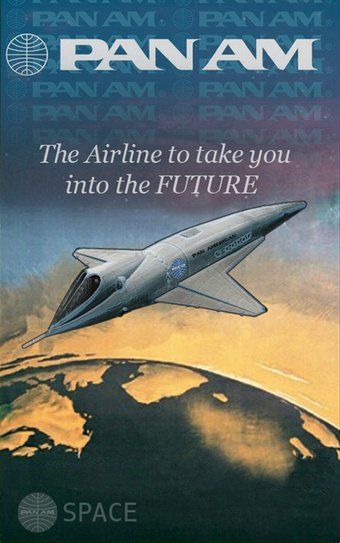 One of the most iconic Earth to near Near Earth orbit space planes that serviced humanity for over forty years. This iconic craft's descendants are still being used on Earth like Exo worlds throughout the galaxy. Easy of manufacturing, reliability, & a track record stretching back centuries makes this craft a winner for all worlds.

After the Corporate wars of the early Nineties the remaining stock & resources of an Pan American World Airways were bought up by various space based competitor companies. These holdings were used to form Pan American World Airways space division & the according to 2001 Space Odyssey Wiki the Orion III space plane program was thrown into full production. Here some of the vitals according the wiki entry:

"The Orion III Spaceplane is an orbital spacecraft owned by Pan American World Airways and used in transit from Earth to Space Station V. It was about the size of a Boeing 737, and could seat approximately 32 passengers and at least 3 crew members, consisting of a flight attendant, and two pilots. Each seat was equipped with a seatback television and chest seatbelts. The spaceplane also had one restroom and wheels for an atmospheric landing on Earth. When traveling to Space Station V, the spaceplane rendezvoused with the central hanger. "

These craft were used extensively for routine flights & used in transit from Earth to Space Station V. Even during times of crisis like the Moon Earth stand off of 2032 & the Mars Crisis affair of 2253. Flights were routine & done with comfort, reliablity, & sense of pride for the passengers that Pan American World Airways space division became known for. Many of the most famous Earth & Space colony piliots got their start on the Earth/Moon runs. 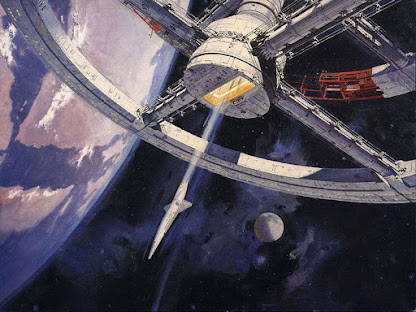 The Orion III space plane remains an iconic artifact from a genteel  time in space flight & because of its popularity remains in production today by the Pan American World Airways space division for both commerical & private companies. Many of the original space craft remain in the hands of private collectors. The outer colony worlds & their attendent empires still manufacture this space plane & its countless variants. These space planes are only for planetary to near orbit runs unable to go any further into solar system space. They require a space plane boaster system. But they remain in service throughout the galaxy even today. 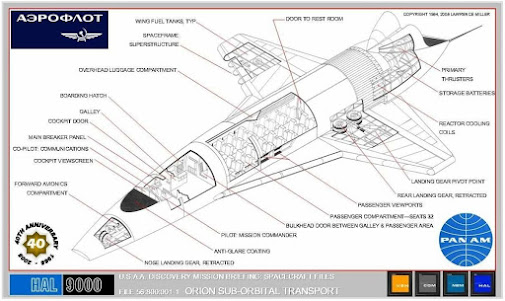