“The most merciful thing in the world, I think, is the inability of the human mind to correlate all its contents. We live on a placid island of ignorance in the midst of black seas of the infinity, and it was not meant that we should voyage far.”

― H. P. Lovercraft, The Call of Cthulhu and Other Weird Stories 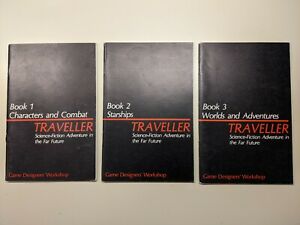 For me there's only one real Aliens rpg game & that's classic Traveller or should I say Cepheus engine.. And now looking over 'They might Be Gazebos' blog post rpg review  about the  Godstar rpg left me a bit cold. That's a great review but the Godstar rpg doen't sound like its up our group's alley.
Believe me we've got Dune rpg covered six ways from Saturday. But then behold there's this setting called Outworld Authority   & its free!
Outworld Authority clocks in at twenty one pages of Alien, Aliens, Outlands film inspired Eighties gritty Cepheus Engine rpg Traveller campaign goodness. 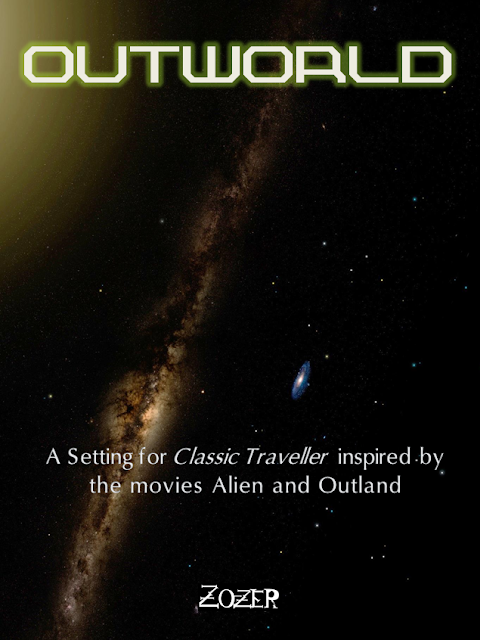 Based on all of my favorite 80's films Outworld Authority is Cepheus Engine rpg interstellar scope cut down to managable campaign level. The Traveller rpg setting  is huge & overwhelming in its scope.  Even Cepheus Engine has some of its product's campaign settings that have this quality built into them. Outerworld Authority has everything going for it & none of the manure that one finds with some products. All this in twenty one pages of great setting plus paired back world generation, Alien pop culture references, and everything you need to actually run a complete campaign. But wait there's more because Paul Elloit made another free campaign setting called Kosmos 68 which is basically Soviet  campaign space powers for the Outerworld Authority setting. 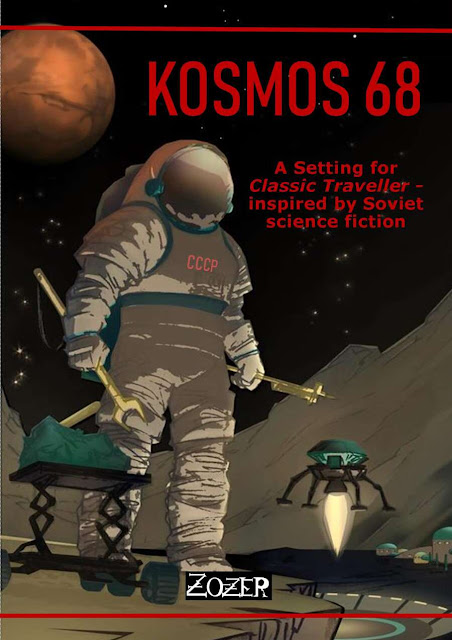 Tonight its all about watching Outlands & coming to grips with possibly thinking about getting into a Cepheus engine rpg campaign  that DM Steve is running or is it threatening to run.This was after he discovered my print outs of the two campaign setting books. But what he doesn't know about is two very important facts. Fact one is that the fact that I own a copy of  Omer Golan-Joel, & Richard Hazlewood 's Near Space maps  which is far more then it seems; "The area of space surrounding Sol warrants a proper sci-fi role-playing game adaptation. Indeed, many games adopted the region, either as a two-dimensional abstraction or as some representation of the real three-dimensional space. However, currently, there is little in the way of an up-to-date, concrete star-maps of Sol's immediate neighborhood for the various older-school sci-fi RPGs, such as the Cepheus Engine, 2d6 sci-fi games, and several other games utilizing a two-dimensional hexagon star-map. This product comes to remedy this issue."

This is going to help fill out some of the adventure opportunities of the Sol solar system. And here's where things get very interesting for our campaign. Alien Breeds is a supplement for the Hostile rpg game which is another Cepheus rpg diriviative by Zozar games. The  Hostile rpg game is far more expansive then the Outworld Authority rpg setting clocking in at three hundred & seven pages of sci fi 80's goodness. Alien Breeds presents a xenomorph just slightly shy enough of avoiding lawsuits but does an execellent job of giving us a very dangerous & near perfect lethal alien life form. I couldn't get my dollars into Paul's hand fast enough because this is a perfect combination of monster book & adventure supplement waiting to happen to the player's PC's. Yes Alien Breeds will easily work with both  Outworld Authority  & Kosmos 68 but it runs about five dollars US for the pdf.  Alien Breeds perfect for a crew of Horizons Survey space craft also a 'pay what you' like title for a solar system exploration space craft to have a close encounter with those very sinister life forms. 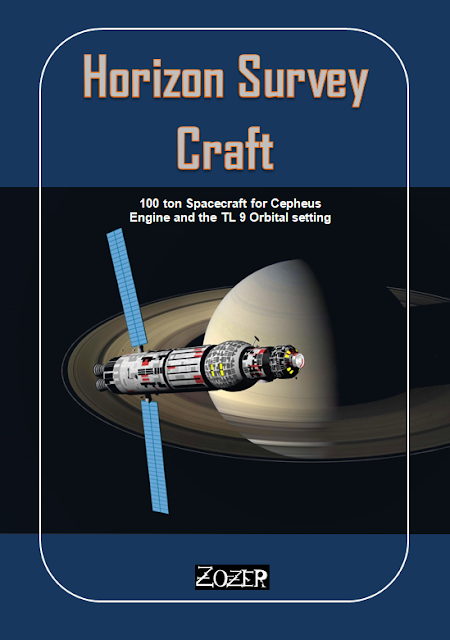 If all goes well then eventually we'll transition over into the Hostile rpg game but its all going to be matter of scheduling game play in the age of Covid. Six feet apart,masks, & getting eight players to show up from work at the same time. But who can resist the 'perfect organism' at the edge of the solar system murdering colonial marines & settlers!?