"filling up a bag with stakes] How many more of these will I have to make before they're all destroyed? They want my blood. It's their lives or mine. I still get squeamish." 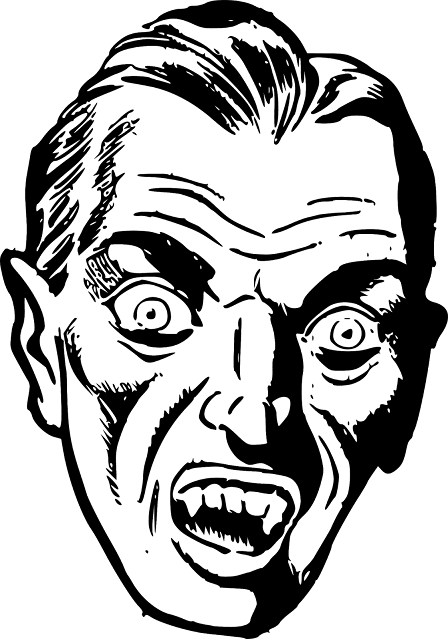 Someone behind the scenes today forced my hand when it came to Richard Matheson's 1954 novel "I'm Legend"
"Richard Burton Matheson (February 20, 1926 – June 23, 2013) was an American author and screenwriter, primarily in the fantasy, horror, and science fiction genres. He is best known as the author of I Am Legend, a 1954 science fiction horror vampire novel that has been adapted for the screen four times, as well as the movie Somewhere In Time for which Matheson wrote the screenplay, based on his novel Bid Time Return. Matheson also wrote 16 television episodes of The Twilight Zone, including "Nightmare at 20,000 Feet" and "Steel"."Why talk about Matheson when you spoke the other day about the 1979 Stephen King's television adaption of Salem's Lot by Tobe Hooper? Because Matheson's work book end's King's Salem Lot television adaptation & his novel. Here the vampirism isn't something to be glorified in but is a supernatural disease of the first magnitude.
"The Last Man on Earth (Italian title: L'Ultimo uomo della Terra) is a 1964 Italian horror/science fiction film based upon Richard Matheson's best-selling novel I Am Legend.", Matheson didn't like the resulting film but for many its one of his best performances & I happen to love Vincent Price in just about anything.

Frankly,Richard Matheson's 1954 novel "I'm Legend"is really depressing but it makes an impact on its reader that lingers for decades. And The Last Man on Earth grabs the same vibe of isolation & loneliness in the face of a pandemic of epic proportions & it keeps going.
But I need to go back to the source material & my thinking became haunted by a series of games that I ran back in 2011-14 based around the silent classic Nosferatu, eine Symphonie des Grauens (translated as Nosferatu: A Symphony of Horror; or simply Nosferatu)."Nosferatu, eine Symphonie des Grauens (translated as Nosferatu: A Symphony of Horror; or simply Nosferatu) is a 1922 German Expressionist horror film, directed by F. W. Murnau, starring Max Schreck as the vampire Count Orlok."
The OSR mini campaign  was a hybrid of Last Man on Earth, Nosferatu, & Varney the Vampire.
Count Orlock, & many of the other vampiric royals take full advantage of the Earth entering close to a conjunction with  the Abyss & the negative material plane to summon Orcus. Orcus lord of the undead consumes the modern world of 1964 with a undead plague. This leaves the Earth a  hallow world of the undead. It worked quite well for Mutant Future at the time & kept people coming back to the table.

The cover page from a reprint of the British penny dreadful series Varney the Vampire (1845).


The Bannerworths have already been mentioned in my Pan America New York setting & briefly I've had this idea of this same planar conjunction with the Earth entering a phase of the Abyss & the negative material plane. Perhaps there's a silent side Earth where a vampiric or ghoul plague has already taken place. Perhaps the summoning of Orcus is simply another Elven weapon ala Lion & Dragon retroclone setting.
The first time this was done it resulted in the deaths of an estimated 75 to 200 million people in Eurasia and peaking in Europe from 1347 to 1351. 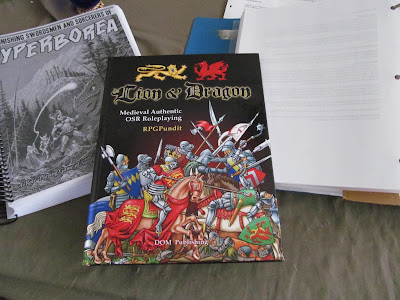 Now my game is set in 1904 but with a possible side time loop that jumps ahead to 1918 when the most famous and lethal outbreak was the 1918 flu pandemic (Spanish flu pandemic) (type A influenza, H1N1 subtype), which lasted from 1918 to 1919. The cause of this? The reappearance of the mace of Orcus on Earth rumored to have surfaced someplace in a war torn WWI  Europe among cultists. The violence of WWI creates the perfect conditions for the undead to thrive. In mythology there has almost always been a mythological connection between elves,ghouls,werewolves, & vampires.
"In ancient Arabian folklore, the ghūl dwells in burial grounds and other uninhabited places. The ghul is a fiendish type of jinn believed to be sired by Iblis.[6]
Some state that a ghoul is also a desert-dwelling, shapeshifting demon that can assume the guise of an animal, especially a hyena. It lures unwary people into the desert wastes or abandoned places to slay and devour them. The creature also preys on young children, drinks blood, steals coins, and eats the dead,[7] then taking the form of the person most recently eaten."

"In the silent film Nosferatu, Count Orlok is a vampire from Transylvania, and is known as "The Bird of Death", who feasts upon the blood of living humans. He is believed to have been created by Belial, the lieutenant demon of Satan."

Its no accident that Elves in Dungeons & Dragon are immune to a ghoul's paralyzing touch. The immunity is a built in defense mechanism to an ancient war that humanity has long forgotten.
The Alp is an off shoot of the Elves of German mythology - "Not to be confused with the similarly named Alp-luachra, the Alp is sometimes likened to a vampire, but its behavior is more akin to that of the incubus. It is distinct from both of these creatures in that it wears a magic hat called a Tarnkappe, from which it draws its powers. The word Alp is the German form of the word that comes into English as elf, both descended from Common Germanic. It is also known by the following names: trud, mar, mart, mahr, schrat, and walrider. Many variations of the creature exist in surrounding European areas, such as the Druden and Schratteli, or Old Hag in English-speaking countries."

This isn't an accident Elves in German mythology are dangerous creatures of Chaos & violence that are not to be trifled with. This accounts for their background in Dark Albion & Lion & Dragon.
"In the period before about 1000, the Old High German word alp is attested only in a small number of glosses. It is defined by the Althochdeutsches Wörterbuch as a "nature-god or nature-demon, equated with the Fauns of Classical mythology ... regarded as eerie, ferocious beings ... As the mare he messes around with women".[1] Accordingly, the German word Alpdruck (literally 'elf-oppression') means 'nightmare'. There is also evidence associating elves with illness, specifically epilepsy.[2]
In a similar vein, elves are in Middle German most often associated with deceiving or bewildering people "in a phrase that occurs so often it would appear to be proverbial: 'die elben/der alp trieget mich' (the elves/elf is/are deceiving me)".[3] The same pattern holds in Early Modern German.[4][5] This deception sometimes shows the seductive side apparent in English and Scandinavian material:[6] most famously, the early thirteenth-century Heinrich von Morungen's fifth Minnesang begins "Von den elben virt entsehen vil manic man / Sô bin ich von grôzer lieber entsên" ("full many a man is bewitched by elves / thus I too am bewitched by great love").[7] Elbe was also used in this period to translate words for nymphs.[8]
In later medieval prayers, Elves appear as a threatening, even demonic, force. Evidence includes Latin prayers found inscribed in lead amulets from southern Scandinavia and Schleswig.[9] The most famous is the fourteenth-century Münchener Nachtsegen, a prayer to be said at night, which includes the lines:[10]
Correspondingly, in the early modern period, elves are described in north Germany doing the evil bidding of witches; Martin Luther believed his mother to have been afflicted in this way." 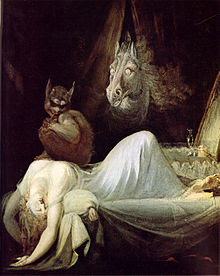 Nachtmahr“ (“Night-mare”), by Johann Heinrich Füssli (1802), depicts an Alp sitting on the sleeper's chest, with a mara staring through the background.

I've talked at length about the connections between the Arthurian fairies & the Elves of Dungeons & Dragons who were the  slaves & servants of these powerful Medieval Elves. The bastard grand sons of King Arthur include among their own ranks Melehan, Melou and the Black Knight, Arthur's grandson as well as the Faerie Knight.
"The Faerie Knight was, in the Matter of Britain, a bastard son of Tom a'Lincoln and Caelia, the Faerie Queen. His proper name is never given. He appears in Richard Johnson's romance Tom a' Lincoln.
Tom himself was a bastard of King Arthur with Angelica, daughter of the Earl of London. Therefore, the Faerie Knight was, like Melehan, Melou and the Black Knight, Arthur's grandson.
Being half-faerie, the Faerie Knight inherited some of his mother's magical talents. He met his half-brother, the Black Knight (another bastard of Tom's), and they traveled together on many adventures."
The very ideal of knightly virtue strongly connected with the Earth's destruction might be its only salvation. 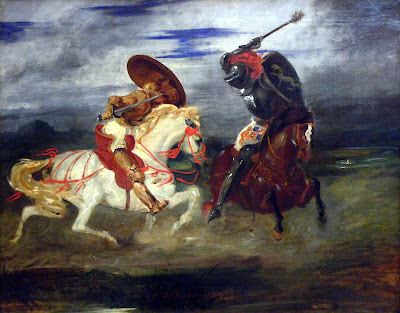 I spoken at length of the familial connections of Morgan Le Fey's sons & daughters as well as Arthur's half sister Morgawse both of whom have their own witch cults & covens scattered throughout Europe across history. 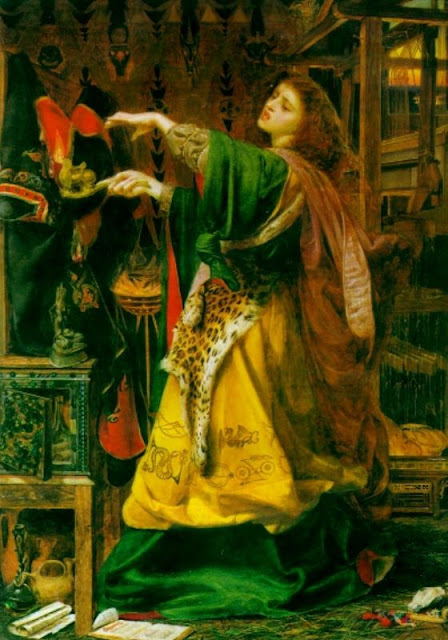 All of these families of royalty have strong witch blood connections & chaos laden connections to the lost half realities of Fairyland. These creatures we call Elves in Lion & Dragon have been hedging their bets across various worlds. We see this time & again in various stages of conflict in history where the Elves are drawn into battles & wars like moths to the flames of history. Dark Albion's Cults of Chaos picks this fact up and runs with it by placing it within a Medieval context.

These plagues of undeath & worse happen regardless of the prayers of men, only adventurers and heroes can make the pivotal sacrifices & movements to turn the tide of history in the favor of future generations.
Posted by Needles at 10:26 AM