"The world is swirling with entropic decay, opening pockets of chaos that draw unsuspecting souls into a paralled universe. Blood tells the heartbreaking story of two pairs of star-crossed lovers caught between the old world, a lawless society ruled by gamblers and riverboat captains, and the new reality called the "Second Ether" in the first novel of a new fantasy trilogy."

Over the weekend on Sunday I had the opportunity to read two of Michael Moorcock's favorite novels & how they realate to the Stormbringer rpg especially the Rogue Mistress Campaign book. 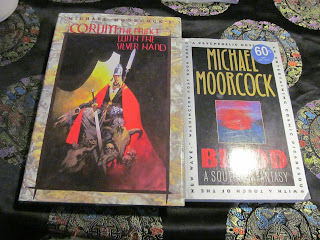 The OSR as a whole offers some opportunities for expanding one's mind into the multiverse of Moorcock's mythological efforts. So with the opportunity I dived into the second ether & the world of Edwin Begg, the famous Clapham Antichrist. 'Blood A Southern Fantasy' is interesting & has really essential to understanding bits & pieces of the Rogue Mistress Campaign book & contrasts nicely with 'Corum's The Prince With The Silver Hand'. 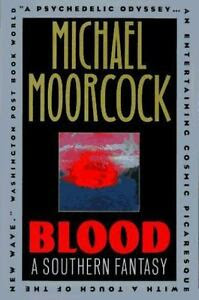 'Blood A Southern Fantasy' is one of those books where you've got to be along for the ride. And its a bit of a blunt instrument of a fantasy book because it uses contrasting narratives of the chaos fractal sciences mixed into the world setting of blood. It feels like a JG Ballard post apocalytic book where your seeing the overarching narrative sending the reader into the world of elite gamblers & hustlers. Earth has gone to rot because of the use of the tapping into 'colour' a resource/ chaos energy source  that's been spilling into our reality.  The second part of the storyline is between the Chaos Engineers & The Singularity, this is where the origin & use of Splinter ships ties into the Rogue Trader campaign book. 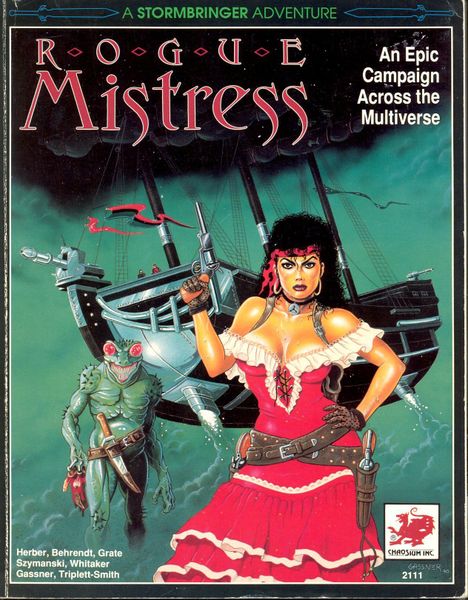 Basically the Splinter Ships or scale ships have appeared in DC comics as an adaptation of some of the mythology of  'Blood A Southern Fantasy'.  And its very possible that  the Dark Ship   is another scaling ship if the Moorcock's mythology fits.  At least according to some of the ideas from Michael Moorcock's Multiverse wiki. 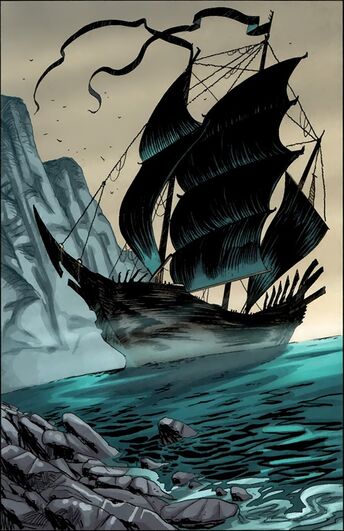 And this gets into the a theory that comes to mind in that the Rogue Mistress, the scaling ships, & the Black Ships are all pieces in the great game of time. And this is some of the material that we see in 'Corum the Prince With The Silver Hand'. And Elric interacting & getting put upon by the Moorcock's 'Dancers at the End of Time' & 'Elric At The End of Time'. 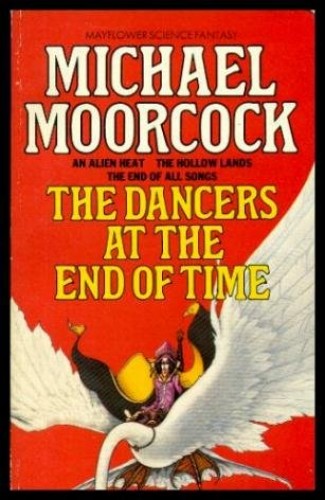 The one thing that strikes me about Moorcock's writing when it comes to down to it is that's like personal commentary slices of the time periods that it was written in. The Chaos Engineers are aspects of the Lords of Chaos who are merely the enemy players of the Sinularity another aspect of the Lords of Law.  The Dancers are the end players at the end of time still playing when the game has gone on for eons endlessly. We know that Old Reg is the head of the Lords of Law but whose actually Arioch or  Lord Jagged of Canaria. 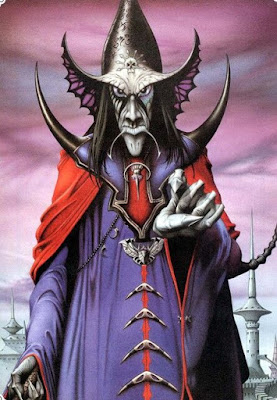 Rodney Mathew's artwork of  Arioch
Used without permission.
Moorcock's stories & books are like pieces of literature rock & roll inherit to when & how they were written. Entertainment & grace with a lot of thought put through the strainer minds of one of Britain's great science fiction & fantasy writers.  It means that along the great shores of time there are hundreds of the wrecks of ships that lap in the great ocean of chaos billions of years in some alternative future.
Posted by Needles at 9:20 AM