Its been a while since we've done anything with Troll Lord's Amazing Adventures rpg. But with a soda spill disaster last year it was time to get in on the action of an AA rpg bundle that they've got going on for thirty dollars.  Getting the books through the door was a bit of a saga however as the postman put them on the otherside of the house?! 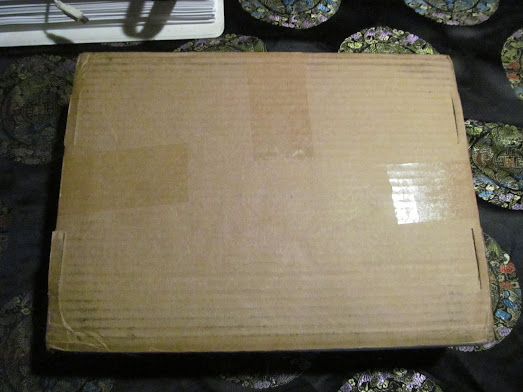 There's something to be said for old school Siege Engine rpg Pulp role playing. Because its cross compatible with Castles & Crusades Amazing Adventures! rpg remains a favorite at the table top level. Having another set of books at the home for a reference minus the soda stains is priceless. Troll Lord knows how to package their books. 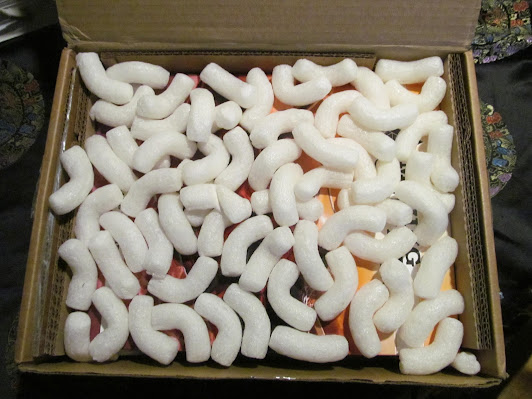 Had a blast running Amazing Adventures! Rpg in the past & mixing it in with OSR titles for all kinds of mayham on my players. Given its a mix of Flash Gordon, Indiana Jones, & tales from the past this was a no brainer for me. Can't say that we've cracked the new fifth edition of the Amazing Adventures game but the classic Amazing Adventures! is the one for the table top level for our players. 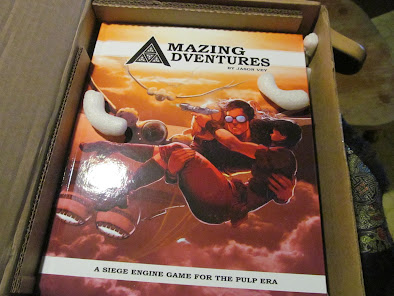 So what's in the AA! bundle?! The almost whole line of the Amazing Adventures rpg line :

I said almost the whole line because the one book that really for me completest this has got to be Amazing Adventures  The Book of Powers. This book really is one of the end caps of the AA! rpg classic line. You can create your own powers, creatures, etc adding or customizing as necessity or adventure dictates. 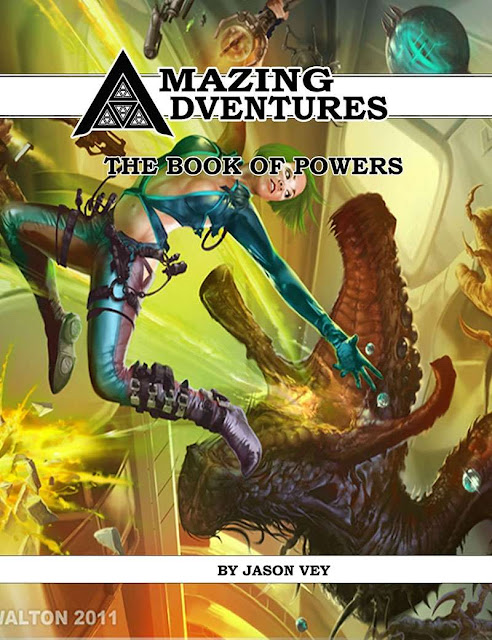 So this was a no brainer for me to grab the books for an upcoming game next week. Anyhow there's more Amazing Adventures! rpg action coming up!
Posted by Needles at 8:04 PM