"And except that the Lord had shortened those days, no flesh should be saved: but for the elect's sake, whom he hath chosen, he hath shortened the days."
Mark 13:20 King James Bible 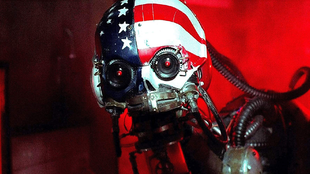 M.A.R.K. 13's are incredibly psychotic & sadistic cybernetic life forms created during the War of Miracles.. These cybernetic war droids were spontanious spawned from the psychotic thoughts of the A.I. gods during their genisis. The M.A.R.K. series was left behind by the A.I.'s & later picked up by humanity left in their wake. The M.A.R.K. series of war droids were far too valuable not manufacture & used extensively for genocidal missions during the 'War of Miracles' against certain targets & assets. Each M.A.R.K unit has an achilles heel that allows it to be temporily defeated but robomancers say that this is merely so that the cybernetic lifeform can savor its target's suffering. M.A.R.K series cybernetic war droids have two independent drone units that share the M.A.R.K. series A.I. & can act independently of the main unit. The M.A.R.K. series of robotic units are capable of rebuilting & repairing themselves with access to tools & parts. These A.I.'s have a twisted & deadly personality capable of anything to murder & kill the only reason for their existence. 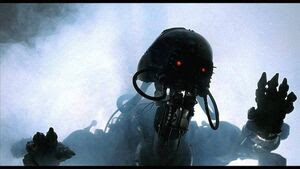 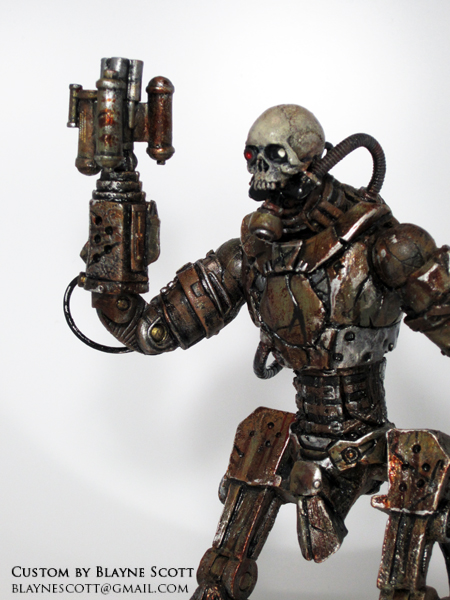 I ran across this custom figure from this website, is a great variation on the M.A.R.K. 13 & configuration. 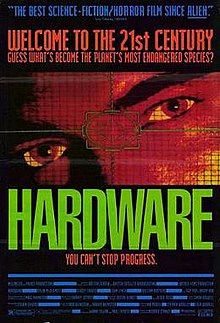