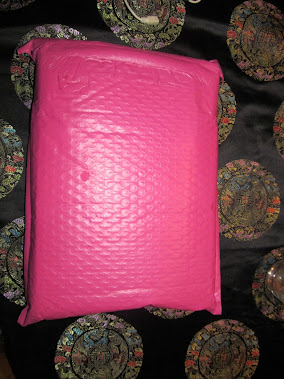 A trip out to the mail box today meant a surprise for my players coming up. Venger Satanis has a ton to be proud of, both of  Cha'alt or Cha'alt: Fuchsia Malaise hard backs are awesome. Venger Knows how to pack his projects right for mailing as well. Card board, packing, and a well marked envelop for the United States Postal Service?! Are you kiddding me?!  Half of the books that we've gotten in from Amazon were packed by chimps. 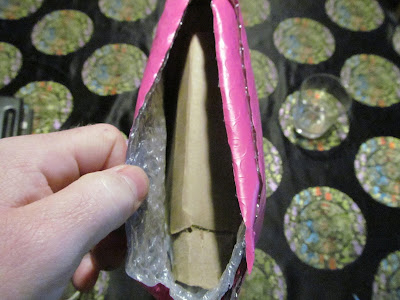 The layout & cartography of  Cha'alt: Fuchsia Malaise  makes the book seem like it belongs in a well fleshed out world campaign setting & the hard back is a handsome book right next to the Cha'alt hard back. Cha'alt: Fuchsia Malaise moves the Cha'alt universe time line up quite a bit & advances the science fantasy adventure plot ahead. The Cha'alt universe isn't a friendly one. This is a funny but very nasty down dirty universe on this desert planet. 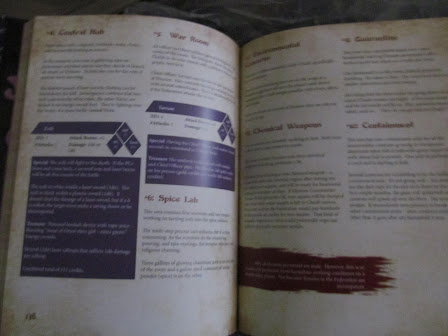 The hardback turns the quality of other Venger Satanis books I own on their ear & it does so with style just look at that layout. And do you want demon clown worms because we've got em. And much more to boot. 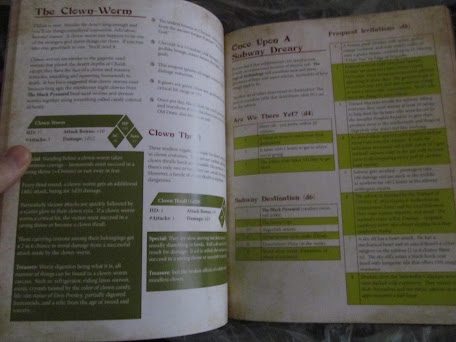 There's a ton of science fictional goodness going on below the surface in Cha'alt: Fuchsia Malaise. New cities, new factions, and lots of planet side science fantasy action. 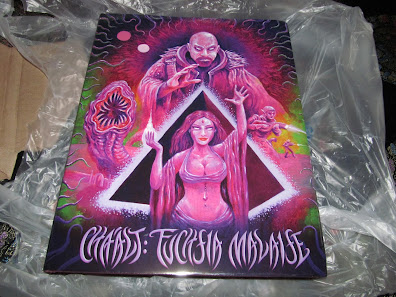 As I said in my review of the Venger's Cha'alt: Fuchsia Malaise pdf; "Venger's Cha'alt: Fuchsia Malaise setting/dungeon book. This monster clocks in at two twenty five & it really brings home the fact that this is a far more advanced book then the normal Cha'alt book. Adventure & campaign events in Cha'alt have moved on as more then eighteen months have passed. Don't let the cover artwork fool you. This is a straight up monster of a campaign book. This book details & fleshes out In this book the city of A'agrybah, and its within this city that adventurers are going to want to start their Cha'alt machinations. The real gem of the Cha'alt: Fuchsia Malaise the offworlder high-tech facility called Elysium which is both faction & adventure goal. These folks are literally Dune like world ravagers & these folks should not be taken lightly. There's tons of ideas literally dripping at the goo of the pages but its actually indexed & better organized. There are tons of random tables & adventure options for the table top and beyond for adventure design! The whole book has the asthetic of a 80's D&D book that you'd hide from your mom and read under the covers with a flash light. The planet here reeks of corruption, danger, & the nastiness that we've come to expect from Venger! On the whole whole cloth of the book is essential for the Cha'alt dungeon master & experience! For me Cha'alt: Fuchsia Malaise is the advanced options book for Cha'alt & it does what it needs to so well. Cha'alt: Fuchsia Malaise really brings into focus the hard core essence of the game system. Buy this book!"
Cha'alt: Fuchsia Malaise
is available right here!
Posted by Needles at 10:32 AM