During last night's game session several PC's were rolled up that didn't quite fit & then today there was a visit from DM Steve. We're getting back together tonight & another old campaign is now haunting me as a dungeon master! 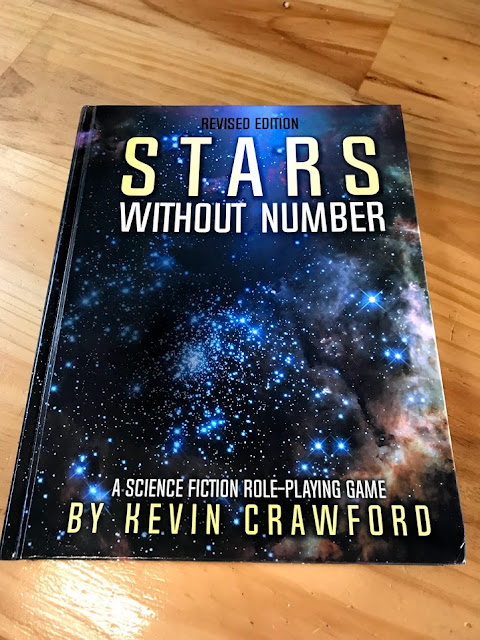 Here's some of my sources:
Stars Without Number Vs Original Traveller

Traveller vs Stars Without Number

The reason why the entire Talon Sector campaign setting went South was due to the death of two our friends & players. That's last year's news & its time to pick things up by their boot straps. The Talon sector was ripped off from erm inspired by Fifties, Sixtie, Seventies & Eighties sci fi shows. The sector is not completely isolated but hard to get through by hyperspace.. The Earth empire here is coming back after the wrenching of the moon from its orbit. Talon sector is one of the alien ghettos that still is easily reachable by Earth & the United Planets has been taking full advantage of this. Star ships with hyperdrives are being taken out of mouth balls & being manufactured again.  The corporations are only loosely in control barely holding on to their interstellar grip. The Star Law has only recently breeched the psionic storm & they have a very iffy bit of influence here.

Terraforming technologies have gotten Earth back almost but not quite where they need to be. Psi division of Earth is trying to get past the psionic storm that surrounds the outer edges of the Talon sector. So what happens when a Talon sector space pirate cruiser kidnaps a group of marines, a space cop, some psions, from my Hostile rpg campaign & drops them in the middle of a local interstellar war? Because by the Varta that's a Roger Corman pirate cruiser with a stellar converter on it from 'Battle Beyond the Stars'. And you know that things are going to get very real coming up tonight. But what the players don't know is that that their PC's are about to be sold into slavery. 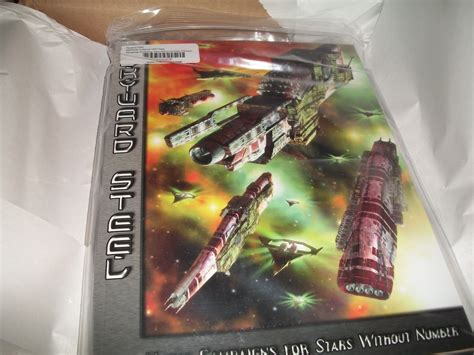 Slavery in this case is too some NPC's from Cha'alt. Yes that's right kids. Cha'alt crosses over into the Talon sector who knew?! In tonight's game Cha'alt: Fuchsia Malaise time line has slipped up & into the campaign. Who will survive & what will be the result?! What did you think that Venger's gift was a one off?! Nope there's more happening then it looks like. 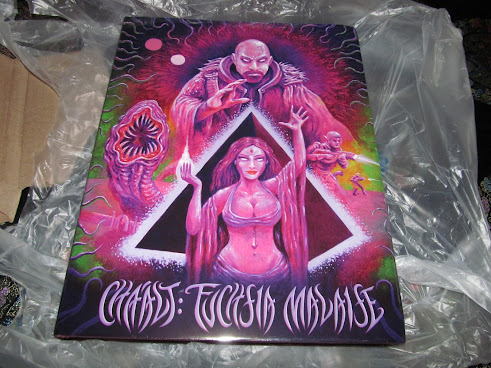