Recently I've been re watching the original 1979 classic Alien and the 1985 Aliens sequel. The other half recently came back from the U.K. and brought me a treasure. The Heavy Metal magazine version of the first Alien movie. 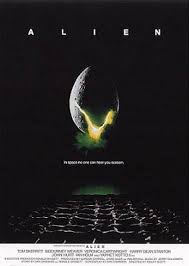 This film was a huge influence back in 1979 when I was a kid. I ate up everything about the movie including seeing it when I was a kid at a drive in Ct. and then New York State. I even knew a kid who had one of the Kenner action figures.

Fast forward when I started collecting comic books and I find out that there's a graphic novel from Walter Simonson and Archie Goodwin from the folks who were doing Heavy Metal Magazine.
I got my hands on it and well it was interesting more then slightly cool.

Well my copy bit the dust back in the days of the 90's and well my better half has an instinct when it comes to knowing what I want. She found me a copy that her friend had and she brought it over. Since she's just as interested in the film as I'm she included it for presents. 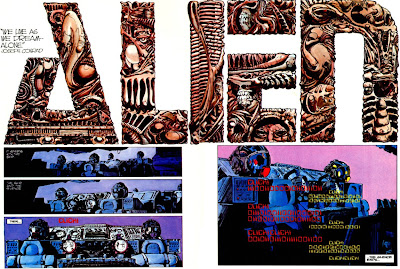 Want to see more from this graphic novel that made the New York Best Seller's list?
Well I stumbled onto this video on You Tube.

I've used this movie numerous times for old school adventures in retroclones, new school games, and many other campaigns. The graphic novel holds up quite well and has a few elements that the film really didn't touch on.

The First Time I actually saw the Alien in an  OD&D Style game book was the 'Neila' from 1979's Booty and The Beasts from Fantasy Art Enterprises by Erol Otus.