You'll hear a ton of the Arduin Grimoire fans talk about the first  three books of the series lovingly. In the Summer of Ninety Eight things were bad for me. Job loss, depression, & the usual BS that follows gamers seemed to dog my heels that year. Anyhow I still had a raving D&D campaign going & we had the party gate into Arduin through a warp gate. 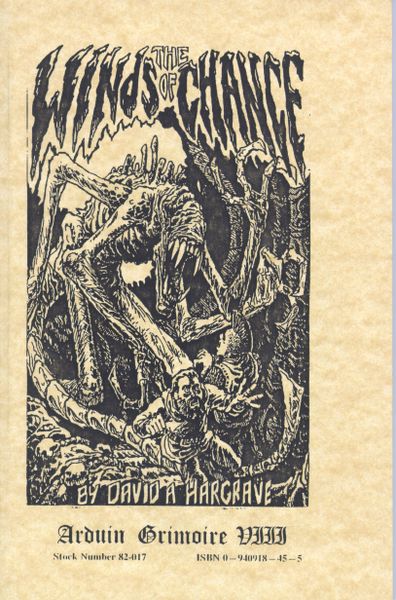 In a used book store over a weekend in Boston two books leaped into my hands. The King of Elf Land's Daughter By Lord Dunsany & Dave Hargrave's Winds of Change Arduin Grimoire Eight. What makes Winds of Change so good is the level of detail on Arduin's royals, cults, religions, gods, etc. And it was the detail & care that went into both books that had me. 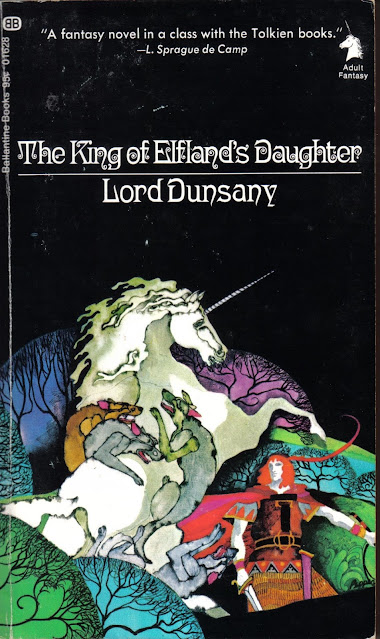 “Nobody can tell you about that sword all that there is to be told of it; for those that know of those paths of Space on which its metals once floated, till Earth caught them one by one as she sailed past on her orbit, have little time to waste on such things as magic and so cannot tell you how the sword was made, and those who know whence poetry is, and the need that man has for song, or know any one of the fifty branches of magic, have little time to waste on such things as science, and so cannot tell you whence its ingredients came. Enough that it was once beyond our Earth and was now here amongst our mundane stones; that it was once but as those stones, and now had something in it such as soft music has; let those that can define it.”

― Lord Dunsany, The King of Elfland's Daughter
Everything from Winds of Change by Dave Hargrave fitted on to a nice three by five index card & with a few hooks slotted into the back end of my campaign. The collapse of the events of 'The King of Elfland's Daughter' created the spark that was needed to pull the campaign across the finish line. When Erl is engulfed by Elfland it has repercussions in the mortal world & across the planes. Flash over to Arduin whose trading partner the land of Erl has disappeared! So its up to the PC's to find out what happened to Erl! The gods of Arduin haven't a clue because the events were voluntary. 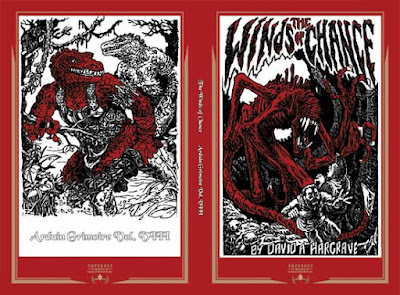 It was only with the inclusion of the dreamweaver class that the PC's managed to make it over to Fairyland and find the land of Erl.
Dave Hargrave was always introducing new optional classes & this included the Dreamweaver class.
Dave Hargrave's Winds of Change Arduin Grimoire Eight like many of the Grimoires introduced Arduin personalities, world setting notes, etc.
And because of the form that these took they were able to be slotted right into play. War with several other nations was averted because the PC's were able to present Erl's king & prince. Later, the assassins guilds and thieves guild came into play during the campaign. There are five strengths that we found with 'Winds of Chance (Arduin Grimoire volume 8)' By Dave Hargrave: