Happy Dave Arneson day everyone! Mr.Arneson was the co creator of original Dungeons & Dragons. And he's one of the innovators of the grand game as we know it. There are so many things that I owe to Mr.Arenson as both a player & as a dungeon master. David Lance Arneson, October 1, 1947, Hennepin County, Minnesota, U.S. 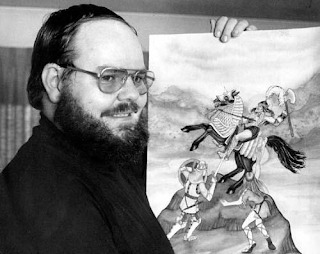 He literally is one of the founding fathers of the game that we call Dungeons & Dragons. And this is especially true of Mr. Arneson's Blackmoor which continues to echo across the years & my table even today. Its hard to know where the legends end & the facts begin except to those who were were there at the first Blackmoor games. According to Dave Arneson's wiki entry & Robert Kuntz; "In November 1972, Dave Arneson and Dave Megarry traveled to Lake Geneva to meet with Gary Gygax, to provide a demonstration of Blackmoor and Dungeon! While meeting at Gygax's house, Dave Arneson ran the Lake Geneva gamers through their first session of Blackmoor. Rob Kuntz describes Dave Arneson as the referee, and the Lake Geneva players as being Gary Gygax, Ernie Gygax, Terry Kuntz, and himself. Kuntz describes Dave Megarry as the de facto leader of the group, as he understood the Blackmoor game and campaign world.[28] In Wargaming magazine, Rob Kuntz wrote a short summary of their first Blackmoor session:[29]

Gary, myself and a few other local wargamers were the first "lucky" fellows from Lake Geneva to experience the rigors of Blackmoor. This idea caught on deeply with Gary after an exciting adventure in which our party of heroes fought a troll, were fireballed by a magic-user, then fled to the outdoors (being chased by the Magic-user and his minions), fought four (gulp!) Balrogs, followed a map to sixteen ogres and destroyed them with a wish from a sword we had procured from the hapless troll earlier." 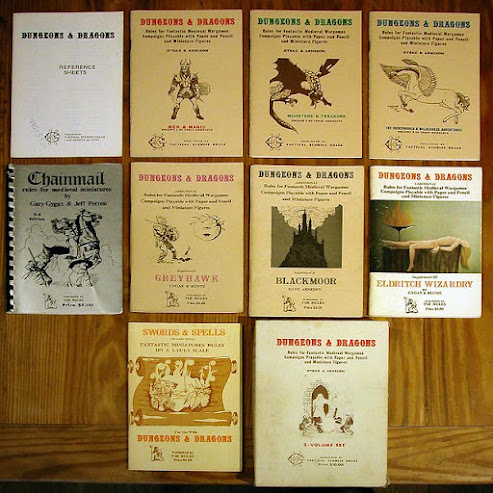 Even though I didn't know Dave Arneson, his influence casts a very long shadow across my gaming table over the years through The Dragon magazine articles. And  the stories of other venerable gamers over the years. And then there's the First Fantasy Campaign by Dave Areson from  The Judges Guild. This book is like getting glimpse inside Dave Areson's campaign notes along with commentary about Blackmoor. 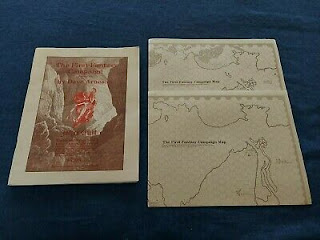 Dave Arneson is far from forgotten at my table. His villainous NPC's have appeared in my games. The world of Blackmoor continues to haunt my version of the multivere. And the scope of his genius isn't forgotten. I'm eternally grateful as a DM & player for all of the things that Mr. Arneson brought to the hobby.
Blackmoor is one of those campaign settings that haunts me like a ghost of games past. Recently when I was running the Wilderlands of High Fantasy there was a Blackmoor with a town called Arneson within it. Dave Arneson's spirit lives on in the hearts of gamers across the world in the hobby of the grand game. Happy Dave Lance Areson day folks!