OSR Review & Commentary On S2 'Castles and Crusades: Dwarven Glory' by Stephen Chenault & The City State of The Invincible Overlord By Judges Guild

Looking deeply into the Thunderhold Dwarves of City State of the Invincible Overlord fame has been interesting. The faded glory of the Dwarven race echoes some issues that I've been talking with DM Steve again. Games haven't happening been happening because of player's  work schedules. But on a Sunday we three DM's have gotten together around coffee to discuss & plan the next leg of the campaign. And once again I've brought up Judges Guild's City State of the Invincible Overlord & its infamously named 'Glory Hole Dwarven Mine'. 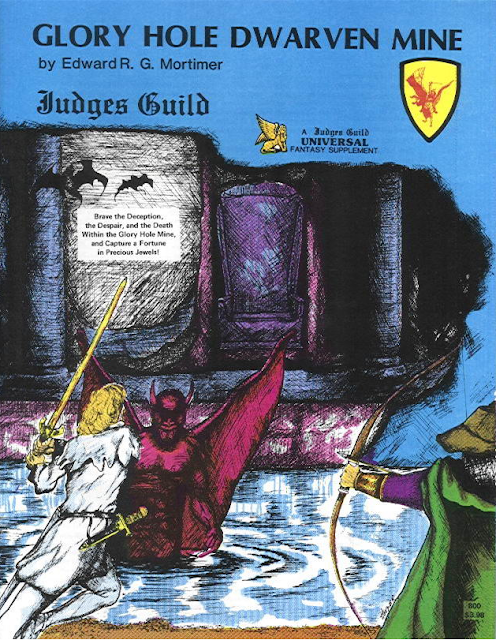 The problem isn't the 'Glory Hole Dwarven Mine ' adventure  itself. But the fact that two years ago our players including myself were run through this module. So what the Hell do we do wanting to run adventures in the faded glory of the Dwarven lands?! Fortunately, we've got Castles & Crusades comes to the rescue with  Stephen Chenault's S2 Dwarven Glory a collection of three adventures including 'the Winding Stair' where a the specter of a fallen dwarven hero who will attempt to possess a player character, albeit it more or less benevolently. And things break down into a dungeon crawl in the remains of a  Dwarven citadel. What sets S2 apart is the amount of history that's crammed into 'the Winding Stair'. Because of the influence of the Thunderhold Dwarven kingdoms 'the Winding Stair' slots in as a 'plug & pay' adventure. 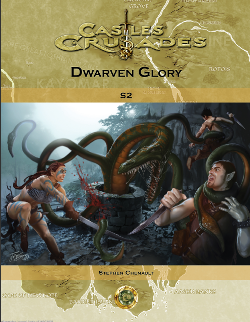 The City State of the Invincible Overlord's history is so tied up with with the Dwarves of  Thunderhold that the history of S2 fits many of the traditional early Judges Guild themes. The Wilderlands of High Fantasy is very much a blank slate & some of these published adventures can easily be slid into place. For me the break out adventure because of the Dwarven adventure themes of 'the Winding Stair' this is going to be the perfect adventure coming up.