From beyond the furthest reaches of the moons of Saturn on a planetlet base comes the Roboskull mark II marking the return of the Red Shadows terrorists! They have languished since the early Eighties out beyond the frozen rings of Saturn! But now the Red Shadows are back marauding colony after colony within the Sol system. 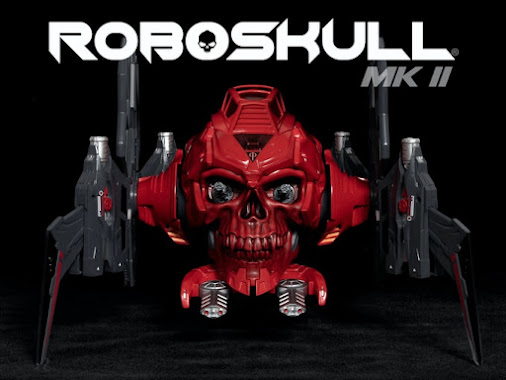 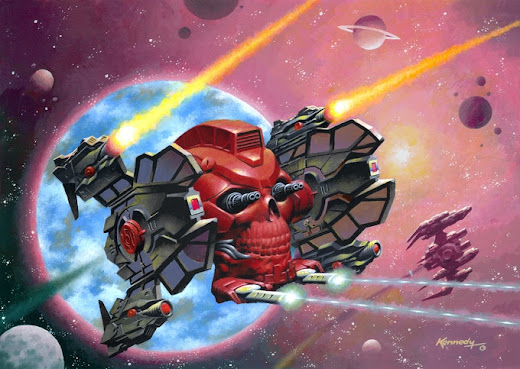 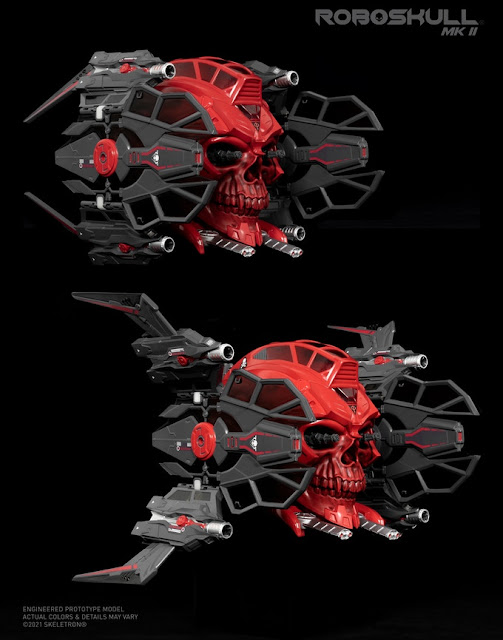 The Robo Skull Mar II is a highly effective surgical strike marauder class ship & acts as a mobile base for the Red Shadow interstellar pirate organization. These units are able to deploy 6 to 8 smaller assassin  skull drones. 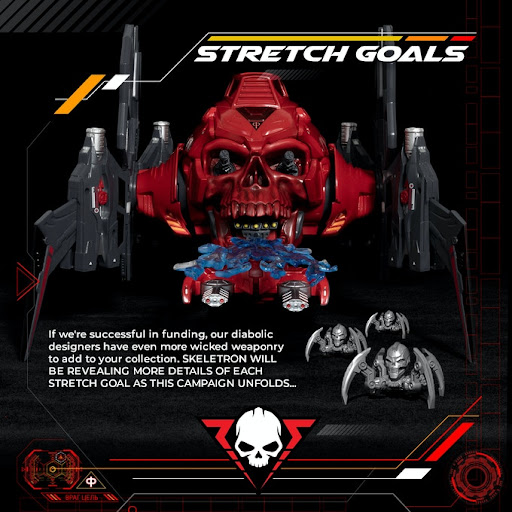 Note that this write up is not meant as a violate of the copyright nor trade mark of Roboskull LLC nor the holders of the Roboskull Mark II trademarks. But this is a homage to the current Roboskull Mark II kickstarter!
Posted by Needles at 3:22 PM