The Draconian empire arose from the shattered remains of Earth's former colonies. The Draconian Empire  were one of the most powerful of the post Earth dynasties left after the events of the Shattering. The Draconians  were with mere decades of taking control of the Terran corridor of space. This was accomplished by the flexible Draconian fighters which could fufill any number interstellar battle profiles, The Draconian fighter could fufill the role of pirate raider craft, small harrying attack craft & even battle cruiser defender. 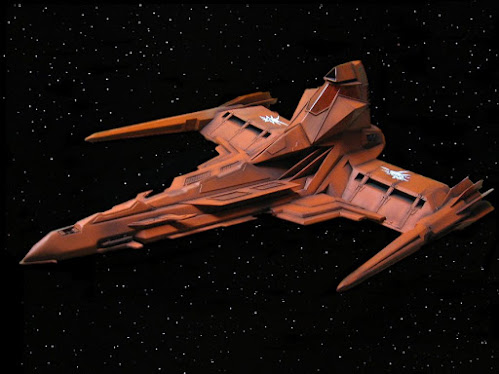