This morning we came across this excellent post on alignment in old school, OSR, & even fifth edition D&D from the Methods & Madness blog. Alignment at least for me as a DM & player is the secret measure of a man. Why do I say this?! Because having run multiple Sword & Sorcery old school, OSR, & on going campaigns. Alignment has become the short hand of who & what makes pacts with the entities of the Outer Darkness, aligns with the Elder Gods, & even who deals with or dailies with demons or devils. Everything is spelled out in the original Advanced Dungeons & Dragons Dungeon Master's Guide by Gary Gygax. All of the following took place with  first edition Advanced Dungeons & Dragons.. 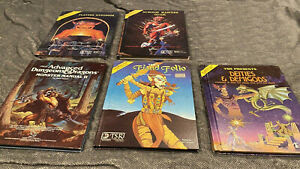 It doesn't take a genius to see how & why the alignment system can be used to create interactions between NPC's & PC's. It can also be used in matters of religious conflict within campaign settings. This is something that many folks don't even have a clue about. This is important in world & campaign creation where the gods are the back bone of the setting. This brings into focus 'The Primal Order' by Peter Akinson, this 'caps system' has been incredibly useful for creating adventure campaigns where the focus is on the cosmic. 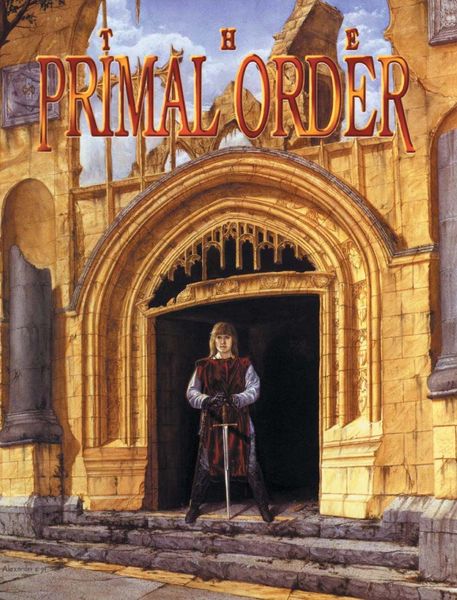 The back bone of this campaign setting was the AD&D alignment system that allowed the worth of a man to be measured by the gods. And with that came all kinds of wars, battles, trade entanglements, etc. Religion playing a huge part in this Nineties campaign. 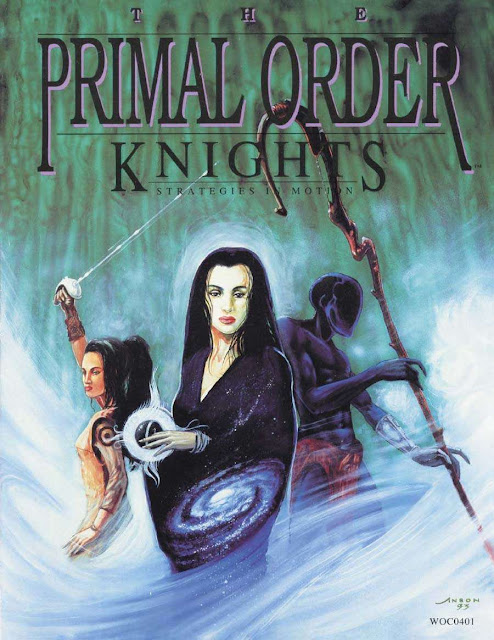 The alignment system would later on pave the way for a huge sprawling Elric AD&D game that I got sucked into. And this actually involved the Primal Order's book Knights. The PC's were just men & elves but they got involved in the affairs the Chaos Gods. Or druid got uppity with Elric & was cut down by Stormbringer. The party was shocked! But Elric is Chaotic Evil & he needed a soul for the working of a ritual. The sword took the druid instantly! 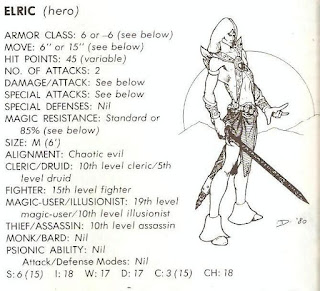 The player was beyond pissed as a matter of fact. But as I've said Elric is an evil SOB who serves one of the most evil Chaos gods around. And we're talking one of the heavy hitters here. The PC's working quite nicely together were able to get around Elric with a cleverly staged natural disaster. 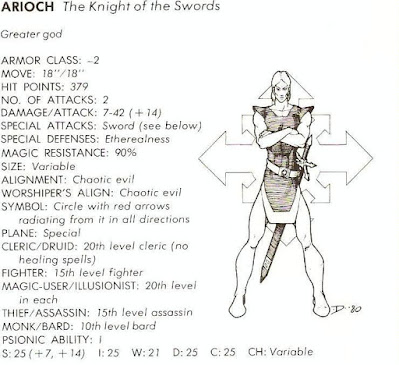 But the PC's were very careful about which gods they worked for & with because not all gods are working for the benefit of humanity nor its allies. Alignment reveals the secrets of a man's true heart. Its always a matter of where the pendulum swings.