"The kingdom of Dunador is in trouble. Since the king, Halfred of Dunthrane, was killed in a hunting accident, the land has hovered on the brink of civil war. Crown Prince Edmund, at 18 only half-trained and quite unprepared to assume the throne, has yet to be crowned. Currently he is on a pilgrimage to the holy shrine of Nevron in the province of Andevar. While the uncrowned king is far from home, anarchy reigns in Dunador"

When it comes to Sword & Sorcery one of the least picked modules would be N3 'Destiny of Kings' By Stephen Bourne. And is one of those modules that takes a certain class of players to deal with the political backbone & intrigue that makes up its inner adventure structure. The module's history goes something like this  N3: "Destiny of Kings" (1986), by Stephen Bourne, is the third adventure in the novice series for AD&D. 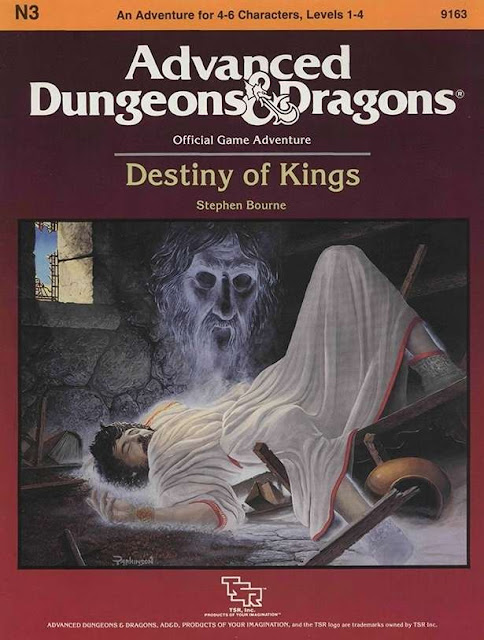 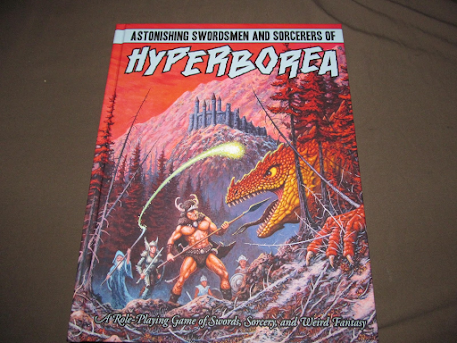 N3 'Destiny of King' has a series of political intrigue encounters has enough punch to keep things rolling. The whole affair reminds me of a mix of ancient Norse & early medieval English history but seen through the lens of Advanced Dungeons & Dragons first edition.
But is there something boiling below the surface of N3?! Such as supernatural or Lovecraftian elements controlling the royal linage of the kingdoms of Dunador. 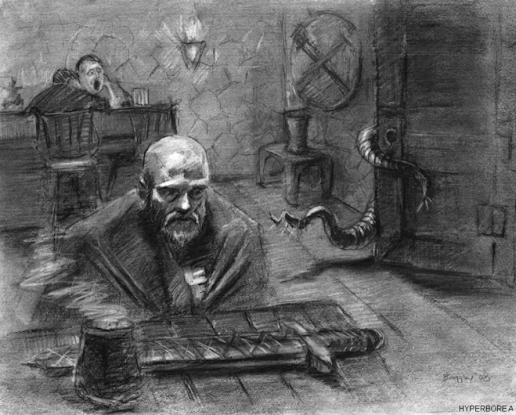 This means that for the run of the module the PC's could be manipulated by forces that they are only vaguely aware of. The insanity of the line of kings isn't evident of the module until the middle of the module. There could well be several Hyperborean post Green Death vaults under the kingdom. This one point could be used to expand the fortunes of the kingdom later on after the political events are stabilized.
N3 'Destiny of Kings' By Stephen Bourne has some real potential to be used as a Astonishing Swordsmen & Sorcerers of Hyperborea rpg base of operations once events of the module ends.