One of the most reviled prehistoric evolutionary offshoots to come from the inner Earth the Carnictis sordicus (Vile Meat-Weasel) has become the stuff of nightmares. These monster's eggs spread through the post apocalyptic wastelands through offal traders & gung farmers. The Carnictis sordicus (Vile Meat-Weasel) are responsible for clearing at least seven  different urban mutant cities. These  carrion-eating scavengers/predators of the “abyss” thrive in the ruins & dungeons of the post apocalyptical wastelands. 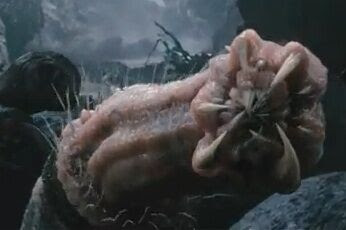 Carnictis is a large worm with a sphincter-maw at one end. It undulates inside-out and exposes the mouth to its prey, allowing it to eat. There Carnictis colonies that  are also carried by some of the largest Kaiju allowing these horrors to spread across post apocalyptic Florida & other Gulf region areas. The Carnictis thrives in cool dark places such as sewers, swamps, and other cave like structures. 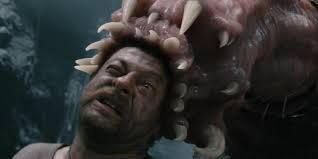 The Carnictis sordicus (Vile Meat-Weasel) is often seen as a on land guardian animal around Deep One operations. The meat weasel makes a perfect passive animal security option for the Deep Ones who use the worm like evolution off shoot as biological dumping options for corpses or other animal carcasses.