Horibs are a 'cold blooded' racial blend of serpent men & lizardmen that always found riding their Gorobor (the Pellucidar name for Cotylosaurus). Horibs are found in a number of 'lost world' settings across & as a part of the inner Earth. One of the characteristics that distinguishes them from their ancient Serpent Men ancestors is their crest horns. They are a fierce & savage race of hybrid serpent & lizard men created by unknown artificial arcane science lost to history. 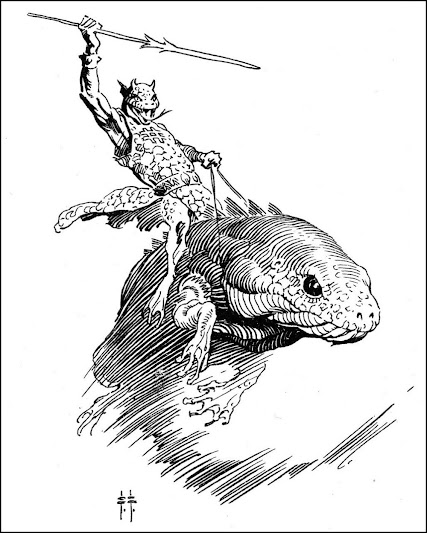 Horib shaman's continue to breech the planar barriers & these monsterous reptilian warriors have made their way to the shores of Hyperborea near the Lizard Men Swamps. They have been in a protracted war with the local Hyperborean lizardmen & even the Serpent Men near their jungle temples. Horibs are vicious & are known to kidnap human populations to feed to their hatchlings. Horib warriors us a combination of calvary spear tipped with a sleep poison laden  obsidan head. They also use a modified obsidan shod wooden saber capable of taking a stout warrior's head clean off. The kings of the Horibs are expanding the borders of their empire even now!
Horibs are cold, logical, & highly intelligent capable of taking on dangerous problems such as humanity. They have existed for thousands of years as a thriving society as part of the inner Earth, & in the hidden regions of Africa. But their empire is on the move! On the shores of Hyperborea they are always found near jungle laden areas near volcanic activity. 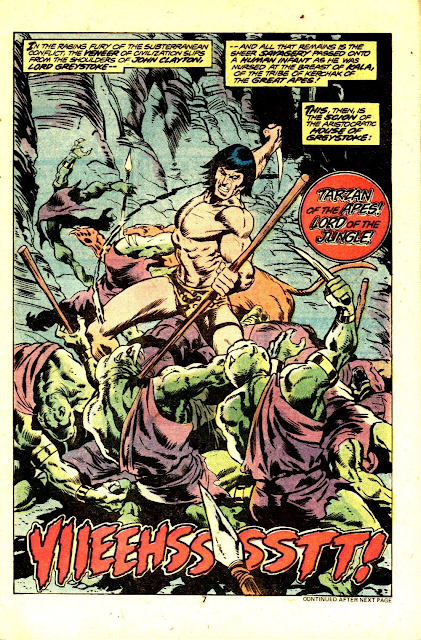 
No. Encountered: 1 (2d6)Alignment: Lawfull  EvilSize: LMovement: 20 (swim 30)Dexterity: 15Armour Class: 8Hit Dice: 2Attack Rate: 1/1(spear), 1/1 (sword +1) Damage: 1d6 (1d8), By WeaponSaving Throw: 15Morale: 9Experience Points: 40Treasure Class: P
Horibs were created by Edgar Rice Burroughs for his  interior world of Pellucidar. And are adapted for AS&SH for DM Steve's personal campaign. This post is for educational & entertainment not as a copyright & trademark violation. The creators of AS&SH rpg in no way are responsible for the content of this blog. The artwork is used without permission & belongs to the copyright & trademark holders.
Posted by Needles at 8:02 AM