Space brothels offer opportunity, and danger to adventurers as well as explorers in the back waters of the universe where the more sleazy element can be encountered in your old school space based games. Here's a quick selection of encounters to throw at your PC's visiting the local space station or planetary houses of ill repute. 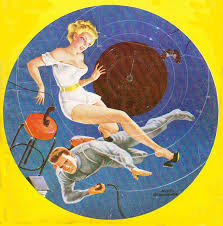