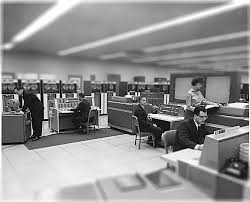 I do not fear computers. I fear the lack of them. Isaac Asimov