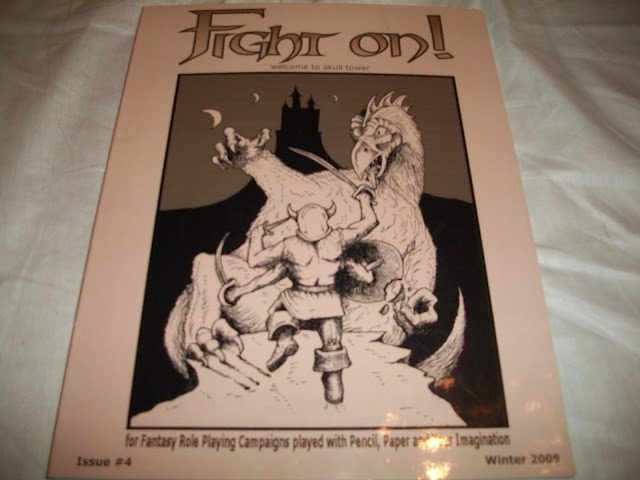 Fight On magazine has been the backbone for the OSR for a long, long, time now. Recently my buddy Bill over at the Green Skeleton Gaming Guild Blog sent me a care package of lots of different comics, OSR rpg material and what have you. I'm still going through the stuff. THANKS BILL. In there was issue four of Fight On Magazine in that wonderful box. 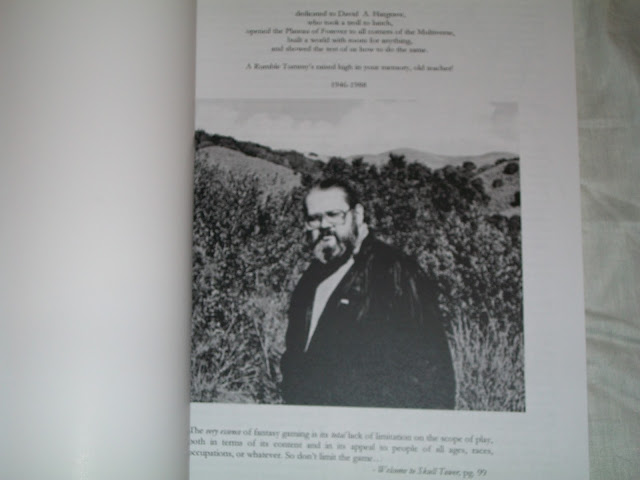 Fight On Issue #4 Winter 2009 was dedicated to David_A._Hargrave. The creator of Arduin one of the first of the alternative OD&D rules sets to come out in the late 70's. Hargrave was a very interesting human being and one of my mentors when it came to DMing. His gaming philosophy was that power attracts power. Arduin is a study in meta gaming if there ever was one. This issue is dedicated to him. The material is well done in this issue of Fight on. 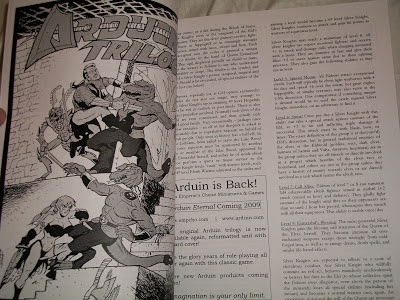 This is actually my first issue of Fight On and I was surprised at the quality of binding, printing, and the grain of the paper. I'm a book kinda guy and love the feel of a dead tree printing of something. I want to feel something in my hands, turn to page blah, blah,etc during a game.
Hargrave's work was perhaps the first "cross-genre" venture into fantasy RPG, and it included everything from interstellar wars to horror and historical drama. His work was, however, based principally upon the traditional (and not so traditional) medieval fantasy genre. Emperor's Choose games had a hand in re editing his work and this issue shows it. This issue includes new material and old  Arduin material. 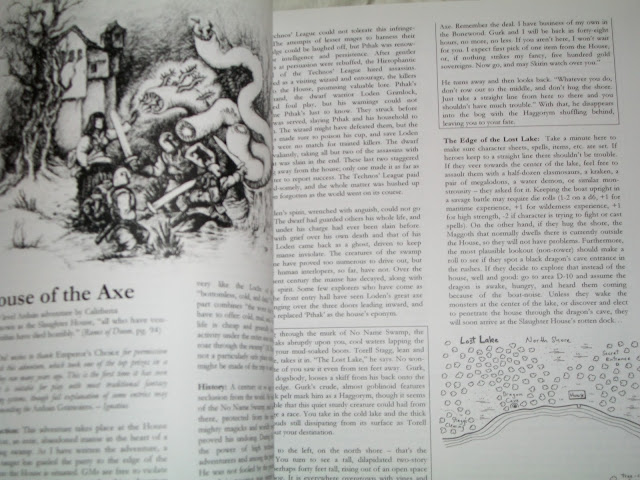 This issue includes the House of The Axe from the Runes of Doom set of Arduin. This is a better edited, cleaner version with better descriptions, and solid Arduin monsters. This is a very well done adventure. Emporer's Choose games gave permission to use the House of The Axe and its a actual solid adventure. The encounters are interesting. the Npcs are weird, and very strange. The artwork is good and the monsters are pure Arduin. 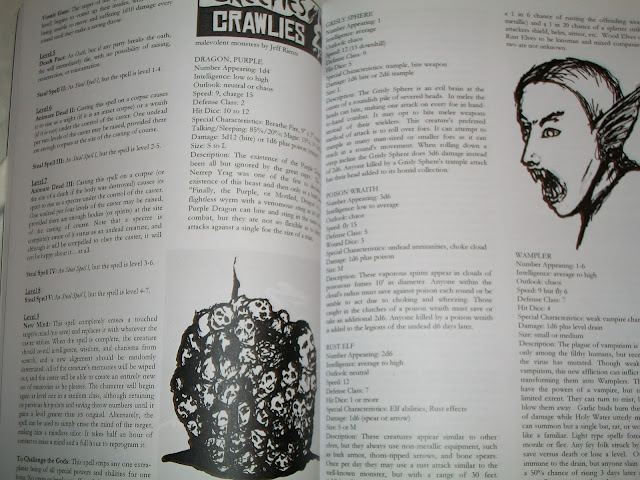 In the rest of the issue we get different monsters, spells, and lots of dungeon culture. 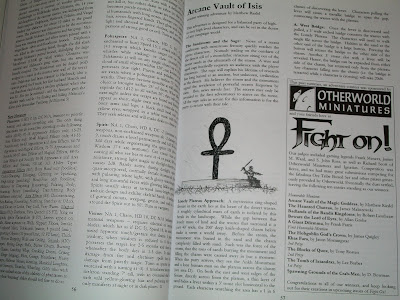 Fight on is an amazingly well balanced magazine for the material presented well worth the money. There are some of the top talents in the OSR writing for this magazine. 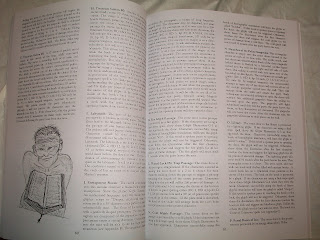 I went ape for this issue because about eighty seven percent of it is weird science fantasy. Its very useful as a DM's OSR tool kit. Some of the material is now ancient to the OSR however. Many of the articles have now been expanded upon by the authors as full products all within their own rights. 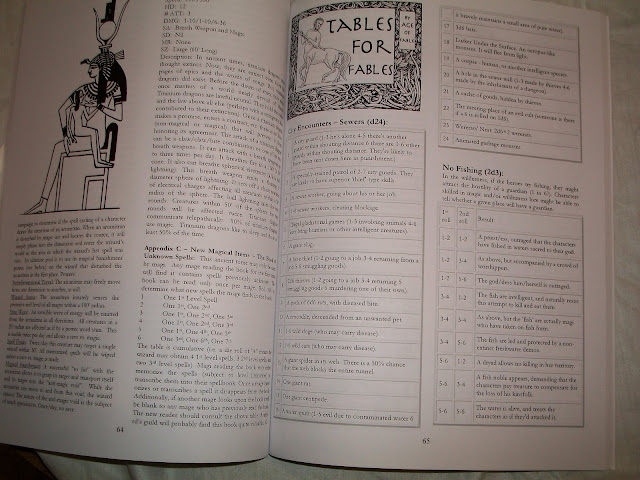 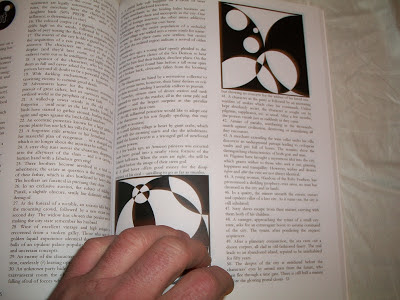 The font is easy to read and very quick to take in.  Each of the articles was actually useful for a science fantasy campaign while keeping the Hargravian spirit right at the for front of the issue. 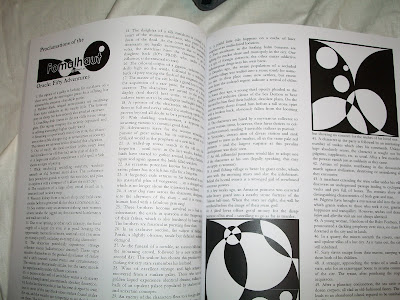 This column  Proclamations of The Oracle - Fomalhaut  By Gabor Lux Fifty Five Adventures was great for any being science fantasy campaign. It just gets the PCs right into the deep end of the action. 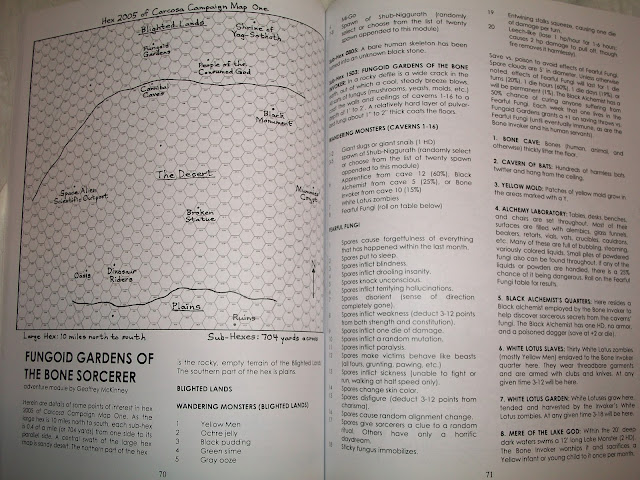 This is where things got interesting for me. This is the original incarnation of Carcosa adventure Fungoid Gardens of the Bone Sorcerer by Geoffrey McKinney.  I'm a Carcosa fanatic and  this is one of the first appearances of the adventure included in the Carcosa book by Lamentations Of The Flame Princess. This version is the same one as included in the book but there are several subtle differences. The artwork is different then the Flame Princess version of course. The maps are the same as are the encounters but again with that artwork. 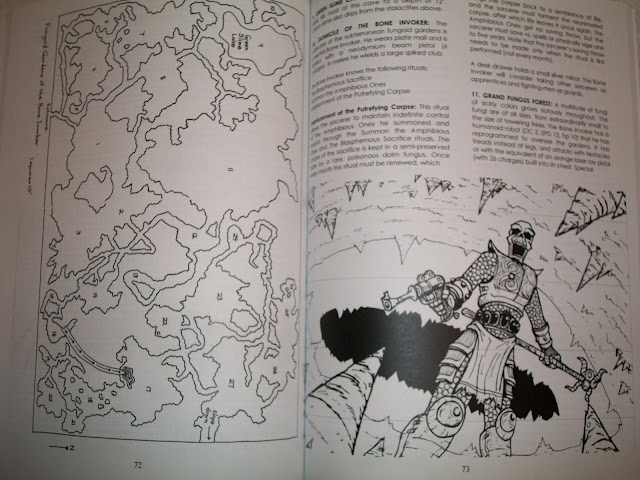 Notice the blaster in the lich's hand here. That's an old Buck Rogers style weapon and its those small touches that I like. The encounters are the same. 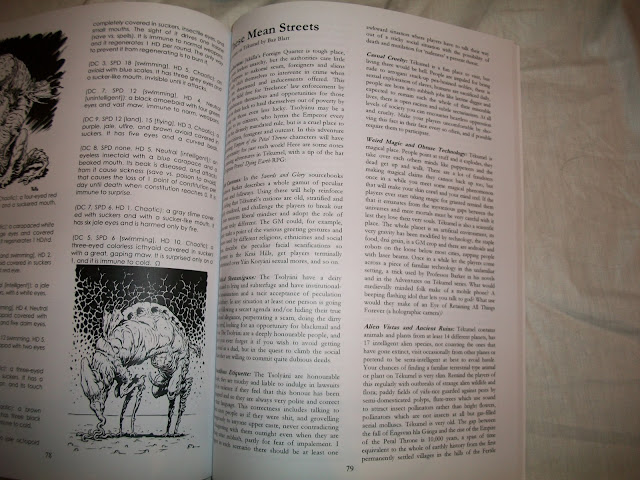 This artwork is very different then the Lamentations version and personally it invokes more of the spirit of the work. Basically this version of Carcosa is like looking at a directors cut of a DVD. Yeah its the same adventure but with an earlier feel to it. I'm really quite pleased with this magazine which is more like an rpg splat book. This version of the Fungoid Gardens is a cool placeholder of things to come to me. Its nice to have it. 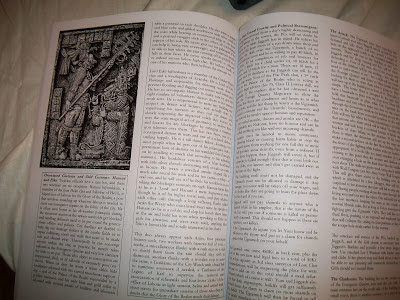 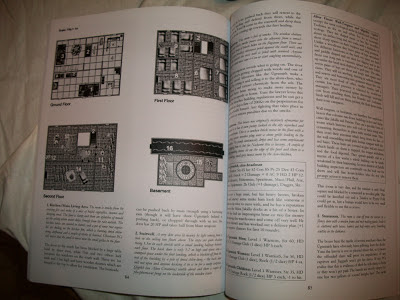 I was surprised at the number of actual dungeons in the articles of Fight On. They're really comparable to the dungeons seen in Dungeon Magazine from the TSR era. In other words you get lots of bang for your buck with Fight On 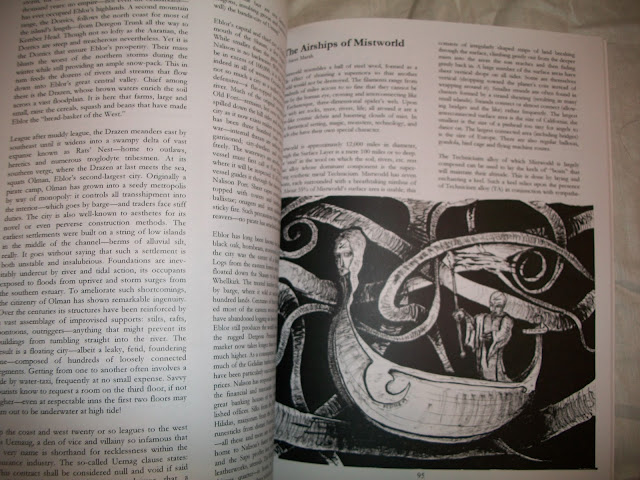 Steve Marsh gets into the act with his Air Ships of Mistworld. An introduction into his campaign world. Its a very weird, haunting world and we get a very quick overview of a very complex world. The article is short sweet and full of character. 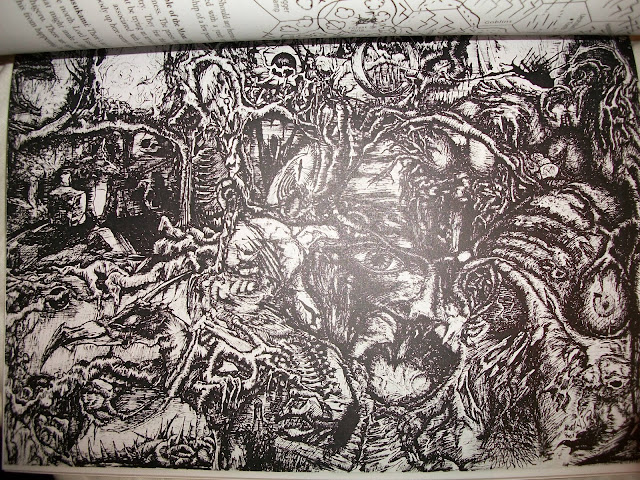 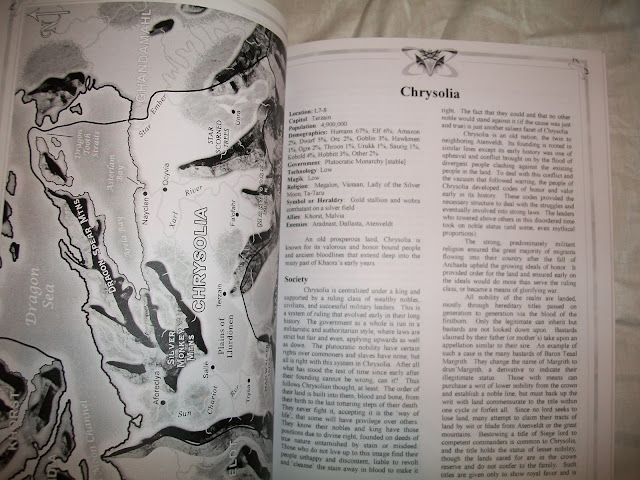 Emporer's Choose does an excellent job taming, editing, and showing what will become one of their dominate Arduin setting books. This is exactly what you get in their monstrous tome The World Of Khass The Legendary Lands of Arduin 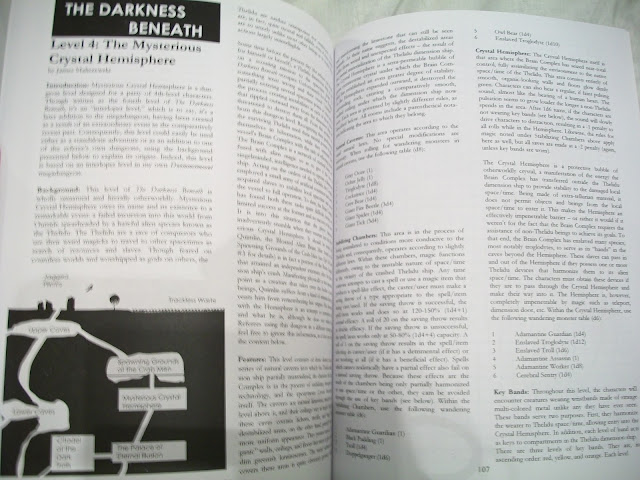 Rounding out the issue is Darkness Beneath Level 4 The Mysterious Hemisphere by James Maliszewski from his Dwimmermount campaign setting. This is a very nasty dungeon. An advanced dungeon of science fantasy terror and intrigue. I don't want to give to much away because I'm planning on running this one. Its a well written and solidly done adventure level that can be stuck into an pre existing dungeon with some finagling and twisting. 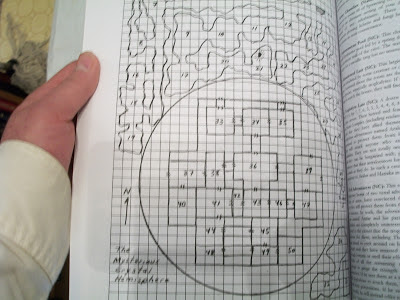 Rounding out this issue is some reviews by Jeff Reints and a some lovely magic items. all in all at 122 pages and a great Otis illustration on the back this is a great issue. In closing there are several reasons to get this issue. One is because its a very useful issue and most of the adventures can be adapted for use in many different games, the issue is also a great sign post in the road of where the OSR was/is heading, and this is a great issue and well worth the money.
You can find this monster of an issue right over Here