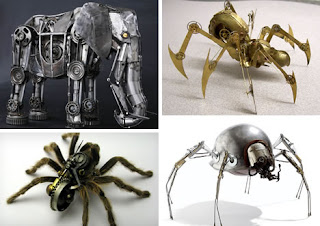 No. Enc.: 1d4
Alignment: Neutral
Move: 180' (60')
Armor Class: 7
Hit Dice: varies
Attacks: 2 or 4 (see below)
Damage: 1d8
Morale: Varies
They are the remains of a mechanical society spawned across a galactic empire a billion years gone. They have remained in suspension all this time. They are tools looking for masters & they are starting to be used throughout the fringes of the Human Space.  They are found through out many space ports for sale by owners who are completely unaware of the creature lurking in plain sight.  They may be armed with a random variety of weapons
Random Energy Weapons
Power Melee Weapons


These creatures have strange even completely alien agendas. There are those scientist who speak of ancient blood feuds between 2 factions created millions of years ago. They also speak of  strange tri faced masters who travel the cosmos in whirling space craft of add geometry guarded by their unspeakable & unfeeling robot creations..
There is evidence that one set of these mini monsters serves a large destructive force now moving somewhere near the heart of the milky way galaxy. There is talk of some monstrous mechanical force know as Kronos ravaging stars & planets near the center of the galaxy surrounded by hordes of robotic life forms
Super Science Powers 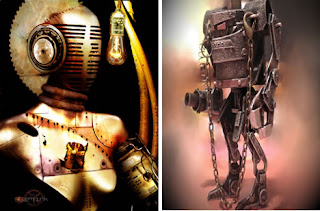 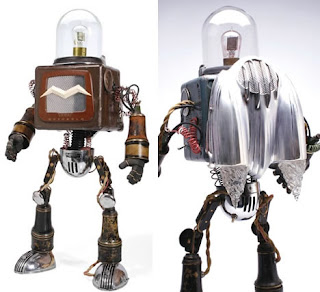 *Please note that all Imbued characters use the Android & Robot matrix in Human Space Empires for experience.
This entry is for Joey my other half whose always wanted to play a "transformer" style character in one of my games. Happy seven years honey!