When the Human Empire needs to reign in one of the outer colonies & military force isn't an option they often call upon the 847. The so called Tyrant makers, before the order has dried upon the dura-paper the 847 has is agents combing through the world's governmental structures with rumor, destabilization , & spin to create the illusion of  the right psycho- cultural atmosphere for their tyrants to step in! 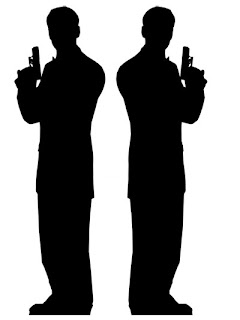 The 847 offer a wide array of products from simple surgically bio field back programmed schizoids,pseudo-sexual clones, to full functional vat grown specialties for all manner of circumstances. The 847 will be very sensitive to their clients needs & adapt where necessary. The power, government, & info structure are their very watch words.
But who are they, where do they come from, & why produce tyrants where necessary? The answer can be found in the layers of  paranoia & secrecy that stands between them & their clients.

They use a spiders web of agents spread across many worlds & each one has at its center a cloned spy master said to have been made from the flesh of history's greatest spymaster from the beginning of the Atomic Wars. Between each layer the 847 operate out of large mobile bases. Many have been the forces that have invaded one of these bases filled to the brim with all manner of fluid bio computers & cloning banks. There is often little opposition to the invading forces. Yet in the center of each of these bases is a large glass steel cube. A power source radiates from it many thousands of times more powerful then a single yellow star. Yet there is no central guiding intelligence!

There is  little to explain the ryhme or reason to explain the processes employed by the 847 which seem to always include themes of hypnosis, hallucinogenic drug experiences, identity theft, mind control, dream manipulation, and various forms of social indoctrination. Yet the truth is far stranger. The 847 are the power source at the center of each mobile.

Each 847 is a planar life essence of  order created by something simply known as the Network. Operating through its agents these powerful planar presences of order act to promote their own agendas for the Human Empire through a vast array of order & elegant precision. They move across the chess board of Human Space with inhuman scalpel precision cutting away the fat of change & chaos where they find it. For what is unknown but to them the end justifies the means. There have been rumors of something called the great destine & an unknown world but there is little said about it. For now they continue to work, subvert, & control events, things, & people for it is their reason for existence.
Posted by Needles at 9:31 PM