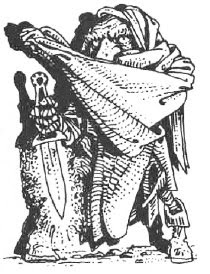 The party in tonight's  Godbound/Cha'alt/Stars Without Number game almost bought it at three A.M. the hour of the soul. They faced down asssasin's blades from a group of Dark Creepers working for their Elven masters. This picks up right from the last game session, one of the player's cleric of Ishtar whose been created using the Demonic Tome's PC generating rules. The PC's made it too the hangers as another part of the party went for city hall. They were on the prowl to sneak in & spring a demi god from one of the local holding cells. This session Sunday picked right up from last week's available right over here.

During tonight's game we used the Castles & Crusades version of the Dark Creepers from this blog. 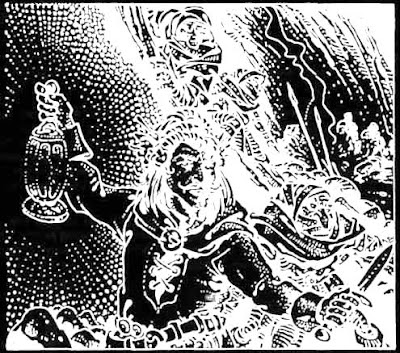 This version of the Dark Creepers were waiting for the party of the adventurers & used all of their abilities to great effect. They cut off to members of the party & pinned down their heavy fire power in the form of the party's godbound, their  wizard, cleric, & secondary demigod back up PC.
As soon as the party was broken a apart the demonic entity incharge of Holdersfield appeared in the midst of the PC's. He or rather it started to pick off PC's wreathed in darkness. 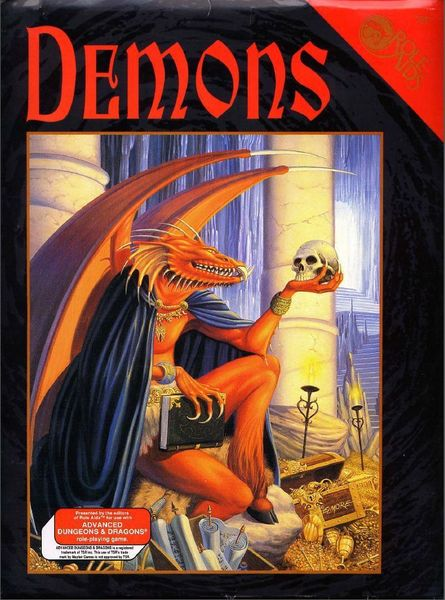 This demonic entity had several words from the Godbound rpg available to it just to even the odds. The demonic entity pounded on the party's demigod & with a quick roll of a twenty cut off the PC's head! This really sent the players into a tail spin & they ran!
The second half of the party managed to get into town hall & killed several Elven guards with little incident. They dispatched a couple of humans & then ran into a problem when they ran into the twin guardians of the cell a pair of  caterwauls. 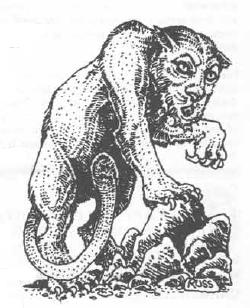 It took them most of the night to deal with these things, & finally they freed RJ the demigod of Hermes from his cell. The party was also able to get his enchanted sword Exceuls from city hall's vault & other  caterwaul guardian. They also found the planar doorway into Cha'alt inside the vault. 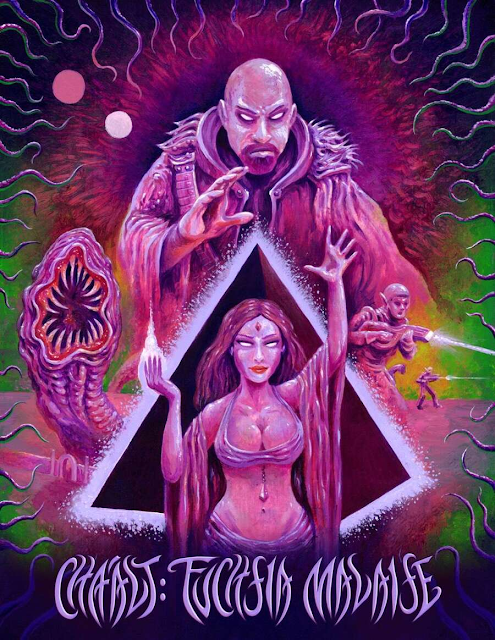 Now that part of the party is knee deep in the city of A'agrybah & the rest of the party is on the rush to get to the gateway in order to not split the party! The undead wizard/revenant is still decaying & stinks to high Heaven. RJ the scion of Hermes & the prisoner that they freed is now the replacement PC.

So did I miss anything?! Yeah there's a death knight mercenary with six polymorphed  demon  bodyguards/ bounty hunters. The death knight is  the lead singer of a death metal band whose the owner of a deadly demon guitar whose actually the brains behind the operation. The 'band' has been hired by the Elves to take out the party. 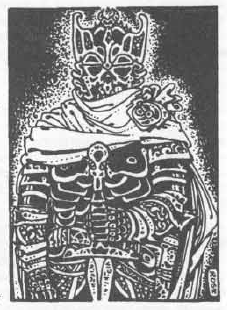