From the history of that ancient text to the magic that guided it the Book of the Dead opens new worlds for the gaming table. With spells that range from care of the dead to the Shadow Runes of Rune Lore, magic items, and a guide through the afterlife, the Book of the Dead unleashes a whole new world of possibilities." 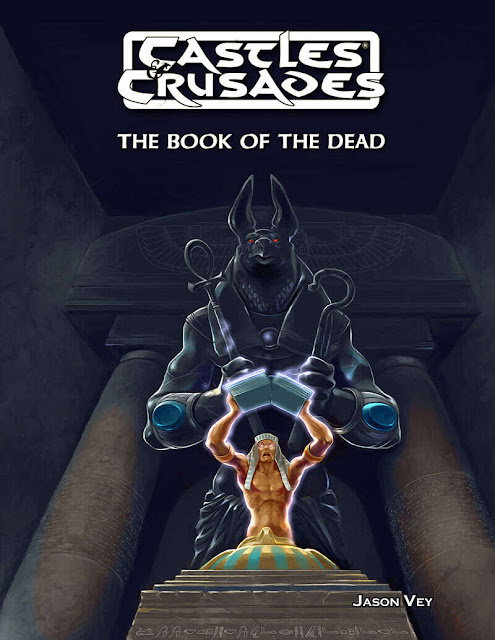 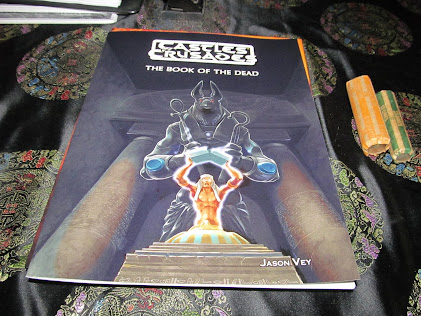 The  Castles & Crusades Codex Egyptium has an eleborate list of clerical spells that allow the cleric,wizard,or illusionist,  to cast Rune magic allowing them to open doors into the Egyptian world of the dead, heal, gain great magical power, & ultimately operate the brass doors between worlds including the Castles & Crusades home campaign world. There are in some very interesting concepts here that tie into Egyptian cosmic balance, mythology, religion, etc. But its done with a fantasy Pulp style flare. Next we get into magic items & again these are centered around Vey's fictional version of the Book of The Dead. But some of these magic items are powerful, dangerous, & ultimately are always connected with the Egyptian mythos realms of the dead. Something to keep in mind.
We get into the shadow realm rune magic  or the land of  the Grey mist. This section updates & expands upon material presented 'The Adventurer's Backpack'. But does it in such a way as to make it very useful for the C&C dungeon master. I don't want to spoil it for the players. But under this section is the 'Shadow Codex' & this is part of the dangerous spells, monsters, and magick of the Grey mist.This is an 'inbetween' realm of the dead & the living that has various serious connotations for the after life of the Dead. 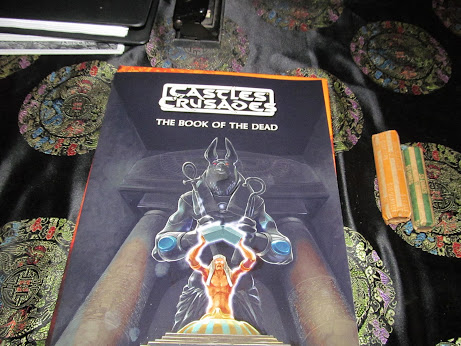