So PC's have explored Gary Gygax's D1 Descent Into The Depths of the Earth & now the world is safe! The Hundred Years War is wrapping up, all is right, & now events are in motion after  the Battle of Castillon. The party can relax & move on with their lives! Not in the least. Moping up the affairs of Europe are going to years and here's why. 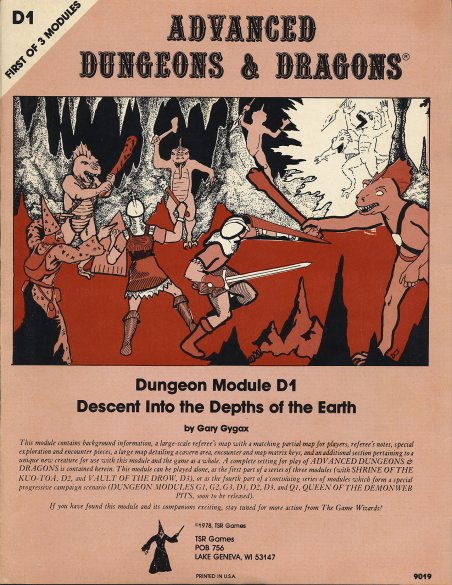 Right so one of the side lines of talking about adapting the Hundred Years War into an actual campaign for Lion & Dragon is that fact Chaos is a constant threat & theme throughout a campaign. But where exactly is chaos coming from?  The simple fact is that the entire countryside of Dark Europe is riddled with ancient prehistoric highways created by the slaves of the Elves thousands of years ago. These tunnel systems lead throughout Paris, the countryside of France, England, Italy. most of Europe, & this includes Spain as well. 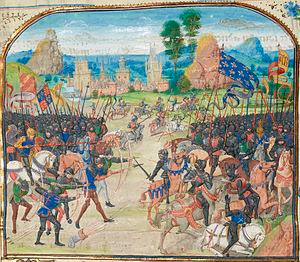 Battle of Poitiers (miniature of Froissart)


So where is Chaos coming? The dungeons both within this world of Dark Europe & outside of it in the realms of the Fairylands. This occurred to me reading through Gylnn Seal's Middenlands campaign which uses the idea of Chaos as a mutating and constant threat. Glynn Seal of Monkey Blood Design has a new Middenlands Kickstarter campaign expansion coming up I highly suggest that you support. The Middenlands isn't simply some backwater country area. The setting  exposes the mutating & near constant threat of Chaos. 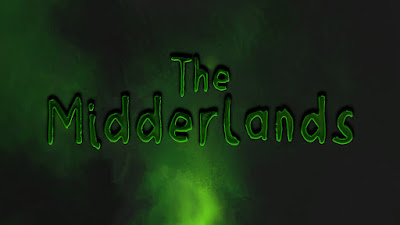 Top this off with cults of witches & ghouls that are quietly striking at the heart of Europe from within and well scenes like this are all too common in Dark Europe.  You are going to get entire families wiped out by war, famine, & monsters. Titles,lands, & deeds are going to be the rewards of the day. The Church is going to another huge factor when the forces of Chaos are around.

But why are scenes like this common in both folklore & mythology in Dark Europe even admist the turmoil of the Hundred Years War? Because there is a marked history of conflict going all the way back to the Elven empires of thousands of years ago. So whose exposing these dungeons? The monsters are! They're basically operating a brush fire war amid the battles & mini wars of the humans! 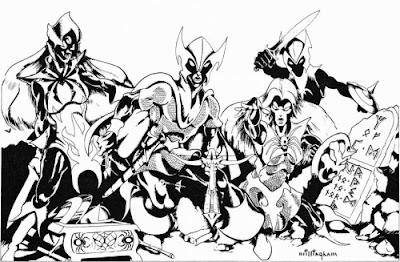 Why?! Because there's no Underdark but an Underworld! The Underworld is both physical & occult touching both the realms of the Fairylands & Earth. This is because it was arranged by the Elves thousands of years ago. The strange radiations & energies of these dungeon lands have very bad effects upon the humans who are exposed to them for too long. This has been happening since the time of the Greeks & well before that into the time of the secondary last Ice Age. 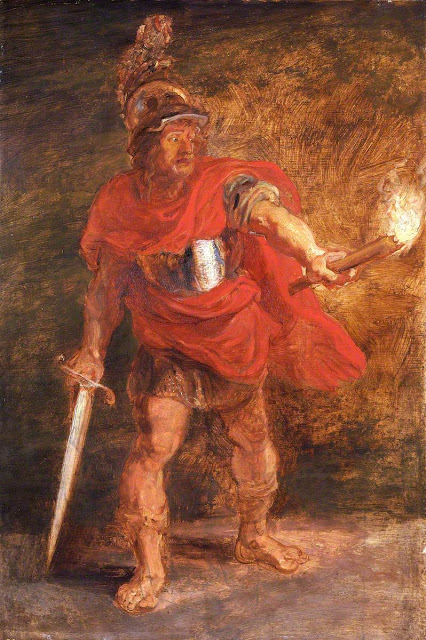 So why would these dungeons, ruins, haunted mountains,etc. always be open & have adventurers stumbling into them? Well its the monsters of Chaos & the cults who are opening them up for the alien gods from below. At the end of the day this isn't our world sure it uses real world history as the basis for a campaign but there has to be a balance between the Dungeons & Dragons elements & real world history. 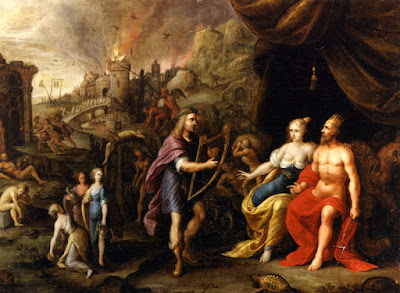 
The Church & the royals is going to be busy purging the elements of Chaos from amid their lands but for every one they catch two or three may slink back into the darkness. The forces of Satan & the Underworld are vast & very tempting for average man or woman during this time. Cults are going to flourish and dungeons in remote areas could well become full blown menaces to various kingdoms. Dungeons offer meeting places, hidden temple areas, and vast resources for a cult. Add in the alien influence of the Underworld here & well the uptick in secret societies we see during the Rose War is understandable. Clark Asthon Smith's Mother of Toads has some interesting notions about the alien influence of the occult upon the senses of his protagonist.
Given that its a part of the  Averoigne stories it certainly fits the genesis of the themes today. 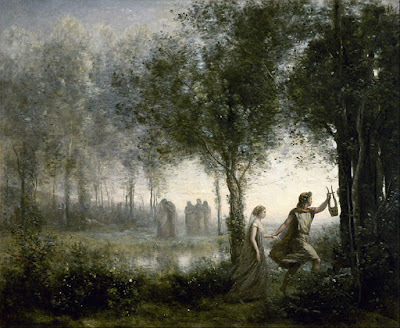 Orpheus Leading Eurydice from the Underworld

For cults dungeons are full on places of religious significant & all that implies. There are villages where the ruins at the edges of the place are places where forgotten sacrifices ensure a bountiful harvest and this means the difference between life & death. This is especially true during the Hundred Years War. Don't forget that the vast mazes, warrens, etc.  that Gary Gygax describes in Descent Into the Depths of the Earth are a part of a far vaster network & its right below the streets of Paris itself. This puts the heart of Chaos right into the midst of the heart of France! This puts soul searing temptation, danger, & mutation right at the heart of the PC's during the Hundred Years War!
Posted by Needles at 8:25 PM