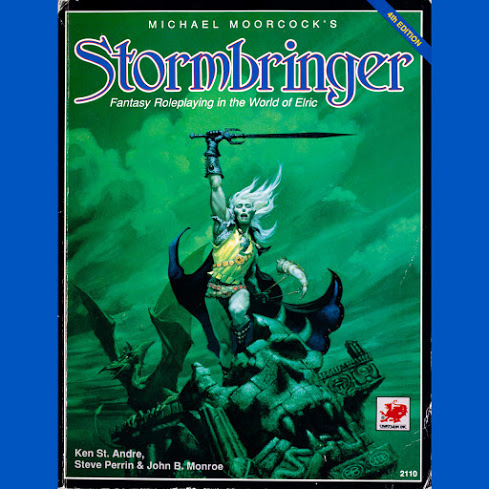 We played a ton of Stormbringer rpg sessions in '91 but it was the visit to a variation of Jack London's Scarlet Plague Earth that nearly broke our backs. Our party was making its way to the museum to locate the 'Other Grail'. We had survived our encounter with  Karl Edward Wagner Kane as an NPC last session. It was when we ran into the  'The Thing in the Red Robe' 's Chaos Hell hounds that things turned really nasty. Try to imagine a Chaos Hell hound made from the fevered damned soul of the dead of the Scarlet Plague. Even with demon weapons we did not even try to take on these things. 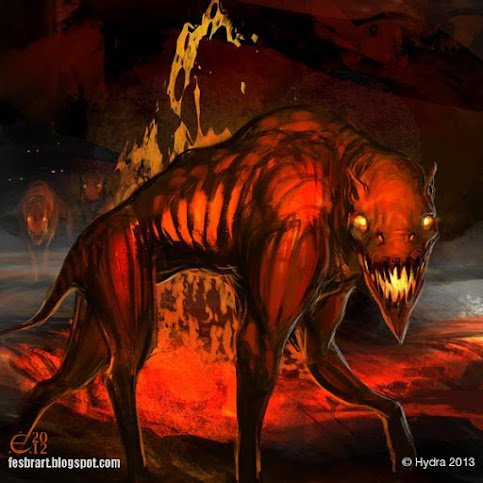 Each & everytime we'd tear into one of these bastard spawn of Chaos it would reform from the molten soul stuff around us. Eventually we figured out that there was pack leader containing all of the souls & were able to kill it before it reformed again. 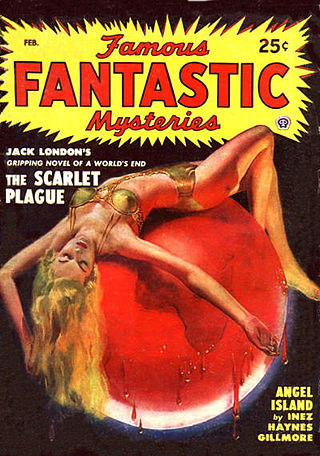 We made it too the museum where we  had to face down a riddling demon with a sword warpact on it guarding the 'Grail of the Other'. The walls were covered in the praises of the 'Sword Queen'.  Now things got very interesting. This was our old friend   'Queen Xiombarg''s doing & her handy work was about the museum in the form of her beast men. 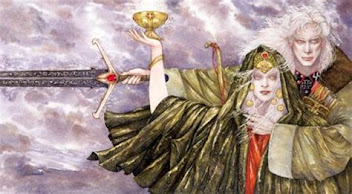 I wasn't a fan of her's then & I'm not now. The demon thing had eight riddles & wouldn't give up or else required the soul of one of the adventurers of the party. Yeah, like that was gonna ever happen.
Just as we solved the last one 'The Thing in the Red Robe' appeared behind us. He was the embodiment of 'the Scarlet Plague' that  walked this Earth & a formitable lord of Chaos. It aparently did not like trespassers or visitors to its domain. 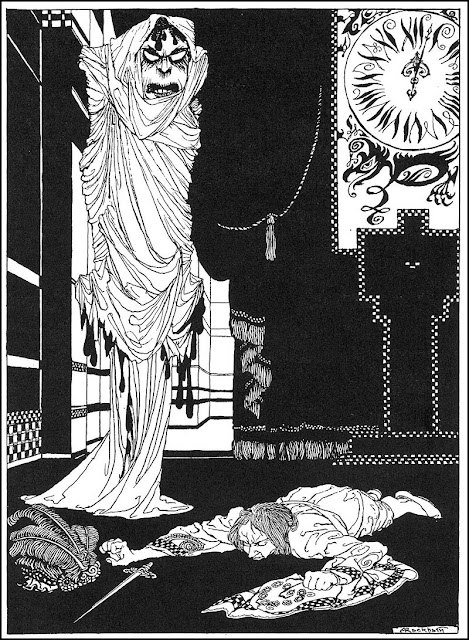 Illustration of Prince Prospero confronting the "Red Death" by Arthur Rackham, 1935. One our number went down as its blood soaked hands touched Arthur's PC & he died in a sputter of blood & his soul was devoured!
We didn't even try to fight we grabbed 'The Grail of the Other' & instantly activated a demon of transportation! Our party had no idea where we'd end up nor how close we came to dying, again.
This would not be the last we'd see of the 'The Thing In The Red Robe' but we arrived just in time to see the sun rise on a strange peaceful looking village. Things were looking up just in time to see a strange pale warrior with a huge sword on his back. He was  leaving a tavern followed in to by a strange looking little steele limbed fellow a head shorter then him.
We let Elric & Moonglum go off on their merry way & ran straight into the NPC Dog! The warrior & former crewmen of the Rogue Mistress. As I said before 1991 was a Hell of a year for the Stormbringer rpg and one of the most epic campaign adventure  books published for the game was Rogue Mistress.  Rogue Mistress was by Fred Behrendt, Lane Grate, Keith Herber, Michael Szymanski, Lawrence Whitaker. 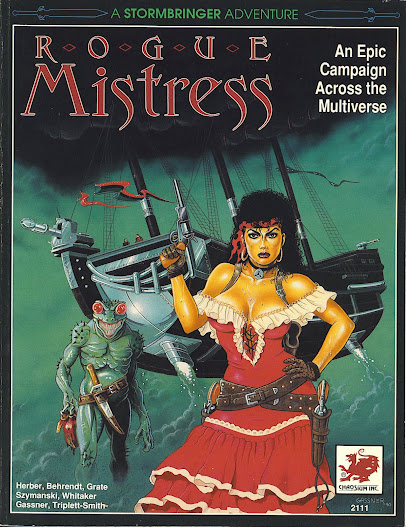 We were confronted by the NPC mercenary Dog who was working for our old 'friend' Charles D'vere The First Duke of La Roy & the second grand inquistor of the Emperor of Tragic Europe. Dog introduced himself by killing off two of our party immediately. Dog was a combination of a Shakespherian character & '90's Marvel Sabertooth or that's how our DM Charles played 'em. He wore demonic armor & carried a rather nasty sword. He wanted the 'Other Grail' & we'd already hidden it in the local money guild's vaults. We knew La Fey wasn't going to take no for an answer. There was no way we could stand up to Dog who also had other NPC bandits/mercs with him. The numbers were simply aganist us. So we ran! That's right a band of hardy adventurers turned tail & ran! A tactic that kept us alive so many times in the Stormbringer rpg. We zig zagged through a bunch of alleyways & with a few successful dice rolls we lost 'Dog & his company'.
As soon as we got back to our hotel , the clerk said that there was a man of wealth & taste waiting the hotel resturant. Yes, we could with the seven of us afford to stay in a hotel. And sitting behind a rather nice table was Satan in a rather nice get up.
We set four of our number to the money guild to get the grail all of the while watching out for 'Dog' and co. They made it back with some lucky die rolls & Satan had 'the other grail'. Business concluded right?! We get a boon & the chaos lord of Hell gets his artifact right?! 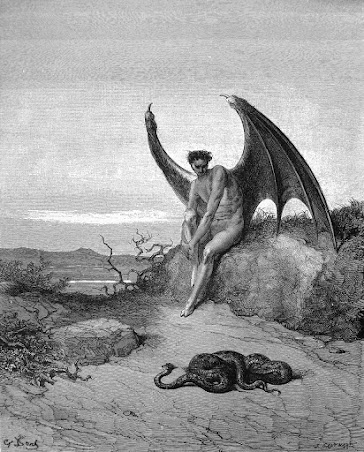 Satan got the 'other grail' & we were down two PC's! We also incurred the wraith of Morgan Le Fey. A wraith that is still on going by the way. More on that later on! Satan insisted that we get paid for our efforts but the group held back on that one. An 'infernal ace in the hole' so to speak. Because what happened next session we'd need it. We went to a local watering hole & got plastered!!? Welll sortal, instead what we did was to go search for local talent to replace the two dead NPC's.
So instead we left the 'Great Beast' with his grail & high tailed it outta of there.