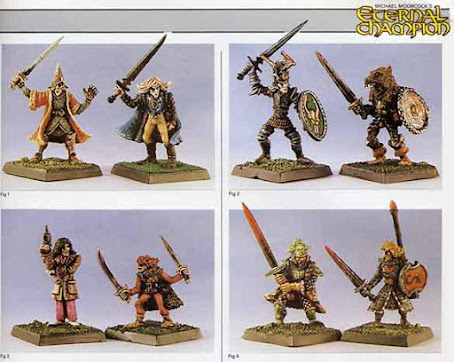 The nation of Pan Tang is by far one of the biggest threats within the Young Kingdoms in the Stormbringer rpg. But those glorious Games Workshop Eternal Champions figures were awesome. For someone in America staring at these figures from the works of Michael Moorcock made them more then a bit exotic. 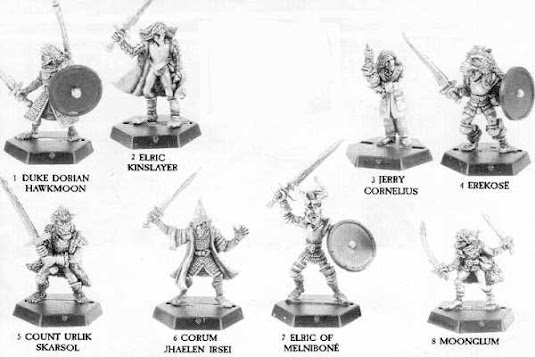 As some of my comtemporaries have said Games Workshop's Stormbringer rpg was both a Chaos god sent & a royal pain in the behind. The reason why it was a pain in the behind is because of the infamous spine issues with the book & it falling apart, repeatedly. But that glorious content folks is what really makes the game. The chance to play PC's within the Young Kingdoms was part of the lure of the Sword & Sorcery game itself. 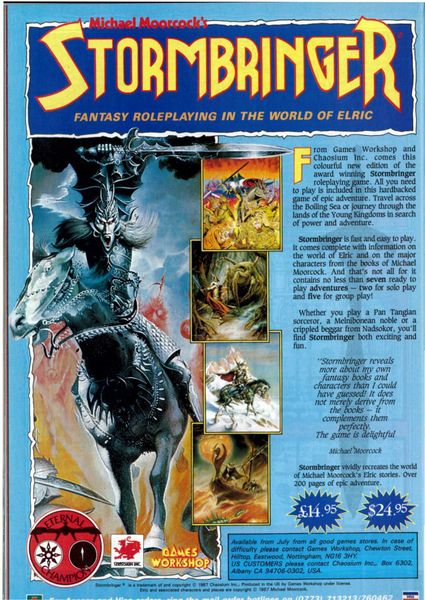 The part of the Eternal Champion line of figures by Games Workshop that appealed to me was Pan Tangian army. They were my go to & still are if I can get my figures out of store 'go to' chaos army. There was something very oddly satisfying about playing & fielding the bad guys.

The figures had many of the aspects of the Pan Tangians that I'd come to expect from their portrait in both the Stormbringer rpg & the 'Sorcerers of Pan Tang' book. The Theocrat Jagreen Lern having sent his military forces to the ends of the Young Kingdom & beyond. 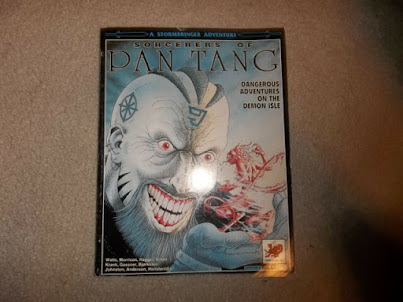 The Pan Tangian military were my go to bad guys across a huge number of planes of the Million Spheres even appearing in various original Dungeons & Dragons games as well. The Pan Tangian tigers claimed many a PC.  The Pan Tangians were far more dangerous in my mind as a DM then any demon.

The Pan Tangians could appear anywhere in the Million Spheres looking to further their unholy master's twisted Chaotic agenda. And there's been more then few times that the Pan Tangians have appeared in various original Dungeons & Dragons games from Kuntz & Ward's Gods, Demigods, & Heroes. 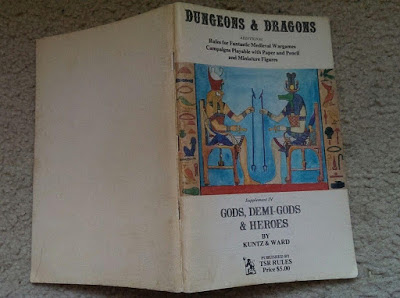 For  White Dwarf 095 UK's Stormbringer adventure 'The Madcap Laughs' the Pan Tangian military were a constant threat. A random factor that could show up to take down the adventurers at every turn. Thi is part of their very nature a nature of corruption, insanity, & Chaos itself. 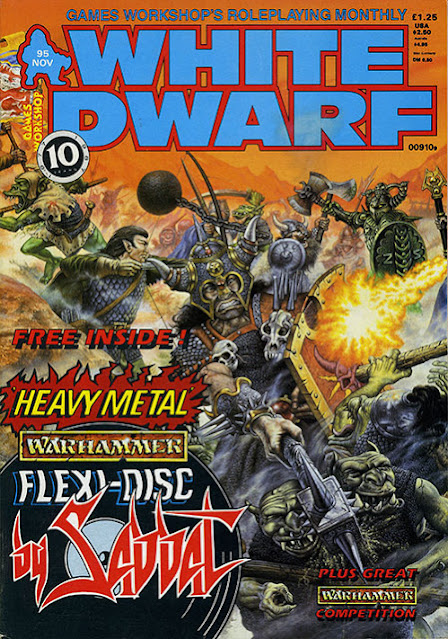 In fact in part three of   'The Madcap Laughs' were introduced to a hunch backed Pan Tangian sorcerer Ylastraraa Taar who has an agenda all of his own for the PC's. This NPC managed to survive the events of 'The Madcap Laughs' & then plague the PC's for more then a year of play.
Posted by Needles at 11:48 PM