Designed for use with Labyrinth Lord, easily used with any Old School RPG system!" 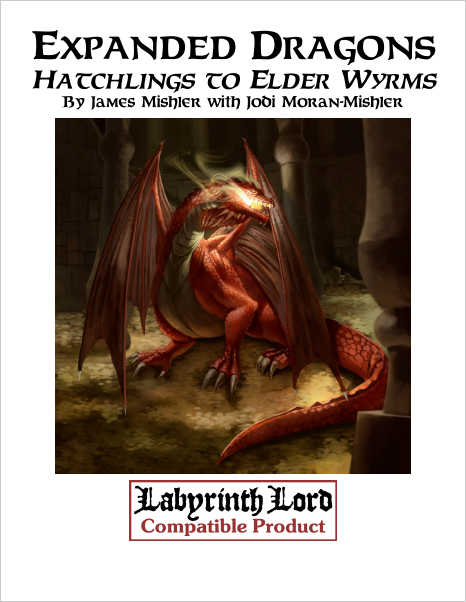 James & Jodi Moran Mishler sent me a copy of Expanded Dragons – Hatchlings to Elder Wyrms this morning & since dragons are the 'it' monster at the moment within my campaigns. We thought we'd give the printer a bit of a work out. Expanded Dragons  has some excellent experience tables that take the dragon from monster to expanded NPC as campaign mover & shaker quite literally. The work here takes a sterotypical dragon & pushes the monster from myth & legend from monster to workable NPC of exceptional qualities. This means that the dragon is a customizable NPC of epic scale. The Chromatic mutations take this customization a step further and push the narrative of dragons as creatures of legend in the direction of full on mythic scale.

Both the Linnorms and Orms would be perfectly at home fighting the Norse heroes of legend. But the Lung Dragons  based on the Oriental elements of Earth, Fire, Metal, Water, and Wood fit the bill for powerful dragons of Asian myth & legend. These are monster NPC's that can challenge the heroes of legend.

This Dragon artwork by Li Ye, Tokiwayama Bunko, Japan is exactly the sort of monster NPC that  the Lung Dragons represent in Expanded Dragons . Then we jump into one of our favorite NPC species & that the death dragons. Now these are nasty customers & should be used sparingly at best. They are mean monsters & capable of wrecking even experienced parties. They would make exceptional NPC villains of the first order. Pocket dragons are exactly what they soundlike dragons & dragon like monsters who are smaller subspecies of dragonettes that can be added into a campaign without any fuss or muss. They can represent the pets of the 'elites' or royals in a campaign. Or make exceptionally dangerous guardians or dungeon guard dogs creatures.

Finally we get advice on encounters with dragons & some parting wisdom. The whole affair runs about 3.00 regular price.

What retroclones & old school systems can you use  Expanded Dragons – Hatchlings to Elder Wyrms with?! Well right out of the gate Labyrinth Lord comes to mind. But right afterward Adventurer,Conqeuror, King rpg springs right into the running. With a bit of work Castles & Crusades has a strong showing if a bit of conversion work is needed. Then there's the fact that many of the dragons here would fit into a B/X Dungeons & Dragons game rather easily. 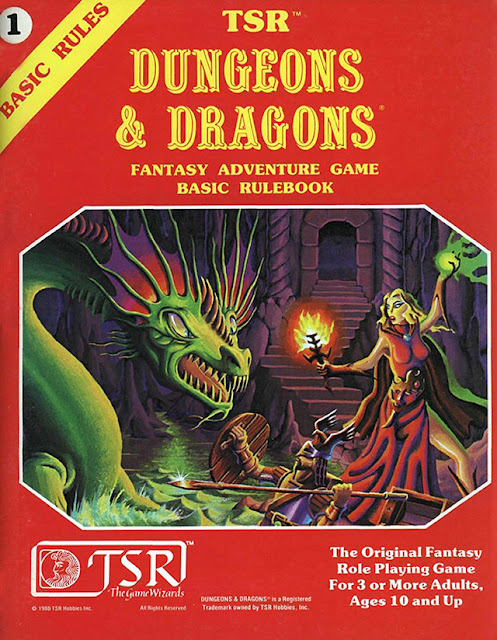 Overall Expanded Dragons – Hatchlings to Elder Wyrms  is classy, well done, and very nicely distilled supplement for OSR & old school games. Taking dragons in several interesting directions at once without overwhelming the dungeon master in any way. The player's PC's could be in for some real trouble however.